Australian television is running a series of ads on domestic violence called “Violence Against Women: Australia says no!” These commercials are funded by the Australian government to address a serious issue — some guys beat up on women they profess to care about. 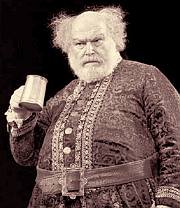 Every culture attempts to find ways to channel aggression constructively. Australia is no different. However, according to The Age, only white men have a predilection for violence against women. If you look at the VAW website and peruse the pages of an “Australian government initiative” you’ll make a fascinating discovery: no other ethnic group suffers from this problem. All of the “brown people” have been airbrushed out of the picture.

As The Age points out, Down Under is a multicultural utopia. Thus you won’t find Lebanese, Nigerian, Vietnamese, or aboriginal aggressors. Just those rotten old white guys who like to beat up their women when the occasion arises:

Strangely, though, while the website says that all these examples are “based on people’s real-life experiences”, police and hospital records don’t pick up this shocking truth: that marauding Caucasian brutes are the real problem. But then, the cops and medical folk aren’t peeing their pants in terror at losing votes in those delicate multicultural seats. Mind you, the website does say that the “people in the photographs used in this booklet are models”. It just doesn’t say they are white models.

Having done crisis counseling with women ranging in age from fourteen to eighty-two, I can tell you that this is a bunch of horse manure. Men of all races, backgrounds, and ethnicities are capable of violence against one another, against their wives, against their parents, and against their children. In the Western world white men can’t jump; however, they sure can hit. And don’t forget, the same thing holds true for some women: they think it is legitimate to use violence in order to achieve their ends.

First we emasculate men, and then we accuse them of being “too” aggressive. It’s no wonder some of them have anger management problems. This is the perfect recipe for making someone crazy: put them in a double bind and then criticize them for not being able to get out of it.

According to Kermit the Frog’s lament, it’s not easy being green. And sometimes, especially for men, it’s downright hell being white.

13 thoughts on “The Only Time White is All Right”