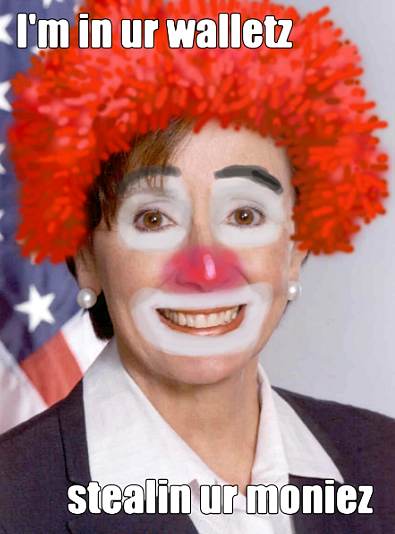 Addendum: in yesterday’s post “Send in the Clowns…” I neglected to credit John Stossel, as the source for Bryan Caplan’s ideas about the irrational voter. Stossel sums it up this way:

Caplan stresses that most voters see no reason to do otherwise because they don’t bear the consequences of their choices. This irrationality does not carry over into their personal lives because there they bear the brunt of their own decisions. But when irrationality is free, notes Caplan, people will indulge their biases.

Caplan divides them into four categories: antimarket bias, antiforeign bias, make-work bias and pessimistic bias. Antimarket bias describes people feeling that trade and profit are zero-sum games, that one person’s gain is another person’s loss [I call this ‘scarcity thinking — D]. They haven’t learned that free exchange is win-win and that in a free market, profit comes from cost-cutting innovation. Antiforeign bias, perhaps a vestige of primitive man, consists of distrusting “them” even though our prosperity increases according to how global the division of labor is. Foreigners don’t want to invade us; they want to sell us useful things. Make-work bias is the belief that what makes us rich is jobs, rather than goods, and so anything that eliminates jobs is bad. If that were really true, we could prosper by outlawing all inventions created after 1920. Think of all the jobs that would create! Finally, pessimistic bias is the view that any economic problem is proof of general decline. Lots of people actually think we’re poorer than our grandparents were!

As a result of these biases, people often support price controls, foreign-trade barriers and laws against job “outsourcing,” and oppose immigration. Most economists are eager to demonstrate that these policies are bad for society, but most people aren’t interested in evidence. They’re interested in what confirms their worldview and makes them feel good. So they often vote for protectionists, anti-immigration advocates and other opponents of the free market. [emphasis added]

Does this sound like the Democrat Party? I have come to think of them as the lolparty. Not only are they amusing, but they are “tagged for your convenience.”