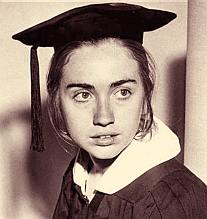 So they finally dug out your super secret honors thesis from Wellesley College. No wonder you wanted to post a guard on it! “THERE IS ONLY THE FIGHT: An Analysis of the Alinsky Model“ is sure to cause a huge conflagration. And the pages of your thesis will be used to start the fire.

The funny thing is many people our age were fans of Saul Alinsky back then. He wanted people to free themselves, even if they had to do so in somewhat unorthodox ways. I remember him describing what he considered the stranglehold Eastman Kodak had on the company town of Rochester, New York. In order for poor people to put pressure on Eastman Kodak he suggested that they show up at the haunts of the wealthy and make things uncomfortable enough that they would give in to the demands for better pay, etc.

Hillary, do you recall how they were to do this? One idea he had that stands out in my mind for its simplicity was his suggestion that they start attending the Rochester Symphony, where all the bigs went – since, of course, Eastman Kodak underwrote the program. However, before they went, all these radicalized poor people were to eat a big meal of beans. Lots and lots of beans…
– – – – – – – – – –
The resulting gasses wafting through the symphony hall were sure to grab the hearts and minds of the wealthy, perhaps even generating a conversion to their way of thinking.

I don’t remember that he was ever in favor of the large government you came to love. He believed in people helping themselves by whatever legal means they could. You wrote:

Those are great sentiments, Hillary. Imagine a world where people are responsible for themselves. Alinsky believed that, but he also thought that government was not the place to go for self-direction. Instead, a person fought for change where he or she lived.

You and I have moved a long way from Wellesley since then. No doubt, so has Wellesley. When you were writing your thesis, I was living within walking distance of your dorm. In fact, as a town resident I could audit classes for free at your school – a benefit I took advantage of. Back then, there was affordable housing for the police and firemen and town workers. Imagine Wellesley with an immigrant section: everyone around me spoke Greek or Italian and I learned Mediterranean cooking from my neighbors.

By now, I’m sure the town workers are imported, just as we had to bus in black children to school back then because we didn’t have any of our own. In those days, elementary school children walked home for lunch so if any children were to be bused in, there had to be a family willing to take them in for lunch time. The child I “adopted” was Wanda. I talked to her two years ago: she’s a nurse at Children’s Hospital now. She said she never forgot our family, and that her time there widened her horizons about what was possible.

Was it your time in Washington right after college that changed you, Hillary? Were your horizons widened by your exposure to big government and the heady power of bringing your bad guys to justice? Is that when you turned?

Well, Hillary, the cat is out of the bag. Your thesis is floating around the internet. Come on – instead of trying to control the means of your exposure – celebrate the freedom of a sword that cuts both ways. After all, there you are up on You Tube, chatting with the masses. Those videos looked like a free ride, didn’t they? But they run on the same track that leads us to your earnest college writings.

Hillary, we were so earnest then, and young. And some of those radical ideas we had are worth preserving. Even now, the center of both parties could cut and paste from Alinsky’s manual to talk about self-help instead of the nanny state.For heaven’s sake, just this once have the courage of your convictions, woman.

Imagine the votes you could get that way.

Sincerely (and for old times’ sake),

8 thoughts on “An Open Letter to Hillary Rodham”