Darn. He sounded so good for awhile. Then Fred Thompson made a fatal mistake for anyone concerned with the infiltration of this country by Islamists. He hired Spencer Abraham as his campaign manager: 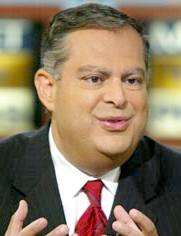 Although Abraham, of Lebanese descent, is a Christian, he is a career water carrier for Islamists of the most extremist stripe and made that the cornerstone of his failed, one-term Senate career and equally lousy tenure as Energy Secretary.

As a Senator, he took marching orders from James Zogby of the pan-Islamist Arab American Institute, opposing profiling of Arabs, the use of secret evidence against Muslims (at the behest of Muslim groups), attempting to repeal the Clinton counterterrorism package, refusing to fund computer tracking of student and other foreign aliens, giving millions in our tax money right to Hezbollah, and putting CAIR on the map on Capitol Hill (taking the group’s officials around to meet other Senators and Members of Congress). He took campaign contributions from the relatives of Hezbollah-backed top Lebanese officials after he got the group millions in our tax money.

Spence was one of only two Senators in the entire U.S. Senate who refused to sign a letter calling on President Clinton to condemn Palestinian terrorism and Yasser Arafat. This was at the height of a series of homicide bombings in Israel in 1999 and 2000.

As Energy Secretary, he gave top secret tours of nuclear facilities, as well as detailed information on how we secure them to Muslim nations who are our enemies. And he gave out undue post-9/11 awards to Al-Qaeda money-launderers . . . at the White House. The money launderers were raided by U.S. Customs Service agents.

After he left the Bush cabinet, Spence became a lobbyist for Mid-Eastern Muslim countries that practice the Arab boycott of Israel and don’t really like us too much either. He took their money and until the Thompson race, did their bidding.

Then there’s Jamal Barzinji. Abraham enlisted him to find parties who helped and reached out to Muslims after 9/11, with Abraham hosting an awards ceremony for them. Problem is, Barzinji is an officer and/or director in SAFA Trust, Mar-Jac Poultry, and International Institute for Islamic Thought, all raided by Customs in March 2002 for laundering over $1.7 billion to Al-Quaida and Islamic Jihad (through indicted University of South Florida professor and alleged Islamic Jihad frontman Sami Al-Arian).

Read more at Right Truth on Mr. Abraham. Lots of links, none of them reassuring.

How long will it be before the conservative “Blogs for Thompson” slowly melts away in the light of Fred’s decision to hire Spencer Abraham?

Those ripping sounds you hear are the “I’m with Fred” buttons being removed from the sidebars of disappointed conservatives.

And Giuliani is hunting for Fred so he can throw a rose on the “Fred Thompson for President” coffin as this nail is hammered in like a stake through the heart.

16 thoughts on “Those Ripping Sounds You Hear…”