The bureaucratic world is getting together to discuss law and order, or the lack of it, in Afghanistan. Twenty six representatives and their caretakers have been invited to the two-day conference in Rome, starting Monday [tomorrow].

…Italian foreign ministry spokesperson Pasquale Ferrara said that the conference was necessary to highlight the need for reform of the Afghan justice system as the war-torn country goes through the difficult process of reconstruction. Organised by Italy, the lead country for the reform of Afghanistan’s justice system, the conference will also be presided over by Afghanistan and the United Nations.

Already this sounds like a scenario for the perfect paper storm. Imagine the reports which will issue from this meeting to “highlight the need for reform of the Afghan justice system.” And notice that the key players – the war lords that rule the place in reality – have not been issued invites. Who knows, a few might have showed up to give the bland bureaucratic boondoggle a little color and action.

If there is one thing Afghanistan desperately needs, it’s a bunch of career diplos sitting around chewing over the situation. However, in EUrope this in the only game in town; it masquerades as purposeful action. If they didn’t hold these meaningless conferences, who would employ them? Gad, homeless civil servants with pencil cups sitting on the curbs all over EUrope. Then the rebellion really would begin.

The first day is “devoted to high level technical discussions,” according to the story. Is that code for “the press is not allowed in”? How technical is a discussion on the rule of law?

The initial technical sessions which will last from Monday till Tuesday afternoon will look at the reconstruction of the judicial system, whether in terms of the laws and legislation or the coordination at regional and provincial levels, with particular attention to the activities involved in the training of justice sector professionals and with the objective of creating a task force on criminal justice.

As I said: they’re going to do this without the war lords on board? Good luck.

Uh oh, another task force. Have you ever been a member of one of these monstrosities? Except for gasbags and lots of waste paper issued by way of “Reports” I’ve never seen anything come out of those creatures that Max Weber warned us about. “Task forces” have no real task to perform and they definitely have no force. Give me a quilting bee any day for utility, function, and force. Enough of those and you have a bunch of Abolitionists plotting real change.

If you have experienced these meetings, you can’t help but notice the unusually high number of snoozing participants. What happens is that they get together in some very pleasant setting, stay up way too late, apply coffee judiciously to their resulting hangovers, and the less hearty of the task force members stumble off to the meeting to get some well-needed shut eye.

In this case though – the decision to meet in Rome in July – certainly attests to their dedication. It’s not as bad as, say, Washington, D.C., in July, but it’s not Geneva by any stretch. So I give them points for dedication.

Everyone will be there. In addition to the Italian prime minister, here are the biggies:

The second tier list, those who invited to the plenary session on Tuesday afternoon, includes the US:

During the plenary sessions, the leaders of several other countries, including those neighbouring Afghanistan will be present, among them Pakistan, Saudi Arabia, Egypt, India, Iran and Turkey. Representing the United States will be the assistant secretary of state for central and south Asia, Richard Boucher, together with the US ambassador to the United Nations, Zalmay Khalilzad, who is of Afghan origin and who has been a US ambassador to Afghanistan and Iraq.

From the sound of it, this is mostly a meeting for the boys.

Meanwhile, back at the ranch, the women would like to be considered at this powwow: 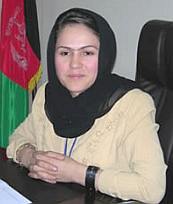 Ahead of the international conference on the rule of law in Afghanistan…the vice president of the Wolesi Jirga or lower house of the Afghan parliament, Fawzia Koofi has made an appeal to the international community to help protect the women of Afghanistan. “Help the legislative bodies in Afghanistan adopt and implement laws that provide protection for women, help the struggle against domestic violence for women, and raise awareness on women issues..”

“Women don’t have protection in the family,” she said. “There are lots of cases of domestic violence against women, judges are not sensitive to women issues and as a result women prefer to burn or kill themselves if they are victims of violence,” Koofi said.

– – – – – – – – – –
As usual, none of these women get the attention of the American feminists, who are way too busy emasculating our culture to pay any mind to thousands of women who choose death over the reality of the punctual rape of their daily lives. There are worse things than dying, and living under Sharia as a woman is one of them. Here’s one tame account by the BBC, of a failed attempt at self-immolation: 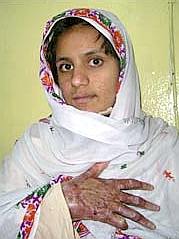 Driven to desperation by forced marriages and abusive husbands, more and more are seeking release through self-immolation.

Gulsoom [now aged 17] was engaged at the age of 12. Three years later her family married her to a man aged 40 who she says was addicted to drugs.

She was then taken to Iran. Her husband beat her regularly, Gulsoom says, particularly when he had no money for heroin.

“Once after I was badly beaten by my husband, I was in bed when I heard a voice murmuring and telling me to go and set fire to myself,” she says.

“I went and poured petrol on my whole body. The flames on my body lasted for minutes. After eight days I found myself conscious in bed.

“I cared about my father’s dignity — that’s why I tolerated everything.”

During eight months in Kandahar last year, one hundred women either set themselves on fire or took poison as a way out of the torture of abuse and rape. And that doesn’t take into account your humdrum honor killings.

The suicide rate is much lower than the murder rate against women in Afghanistan. Remember the Afghan woman who ran a provincial office and was gunned down last year?

For an overview of the situation for women in this benighted country, go here and click the link in the sidebar that says “On Afghan Women.” There is a very long list of news stories and reports on the plight of women.

But it’s the boys who are meeting in Rome, don’t you know.

3 thoughts on “A Boyish Bureaucrats’ Get-Together”