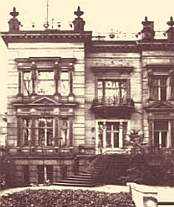 All the pundits are talking about Europe’s decline. This news, via Drudge, makes abortion clinics pale by comparison:

Prosecutors are calling for tougher regulations on Switzerland’s assisted suicide clinics after uncovering evidence that some of the foreign clients they help to die are simply depressed rather than suffering incurable pain.

The clinics, which attract hundreds of foreigners, including Britons, every year, have been accused of failing to carry out proper investigations into whether patients meet the requirements of Switzerland’s right-to-die laws.

In some cases, foreign clients are being given drugs to commit suicide within hours of their arrival, which critics say leaves doctors and psychologists unable to conduct a detailed assessment or to provide appropriate counselling.

Andreas Brunner, the senior prosecutor of the Zurich canton, told The Sunday Telegraph: “We are not trying to ban the so-called death tourism, but the outsourcing of suicide must be put under stricter control…

This reminds me of the convenient lie the pro-abortion faction used to get Roe v Wade past us: abortions ought to be “rare.”

It appears that euthanasia and abortion are fellow-travelers, doesn’t it? And human life gets cheaper by the day. These are the same people who lecture us for our “aggression.” I guess it’s okay to kill as long as it is Swiss-like: orderly and neat. Just as abortions are a “pro-choice” validation of women’s freedom?

What kind of person can bear to work in a “suicide clinic”? I guess the same type who staff abortion mills.

The idea of “first do no harm” is definitely anachronistic.

Thanks to commenter Hank F_M for the graphic above, of the Nazi building devoted to euthanasia. 70,000 “defectives were killed in 1940 and 1941. The building no longer exists; there is a bus stop in its place.