We just received this email from Vasaramammer about the latest official attack on free speech in Finland: 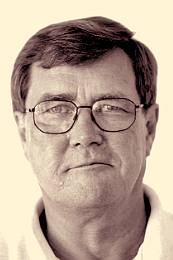 This news item was not published in English either in hs.fi or Newsroom Finland, which publishes Finnish news in English.

Illman has previously worked with Ombudsman for Minorities Mikko Puumalainen, and Puumalainen quotes Illman’s works in his inquiry request against Mikko Ellilä.

This smells like an orchestrated campaign to control internet discussion and the smell is very bad indeed. Thankfully, the Finnish blogosphere has been very active in opposing this.

However, the fact is that both Illman and Puumalainen are fighting a losing battle, since the internet has no borders and Finnish authorities have no say in it if the articles are posted in a discussion forum outside Finland. This will only hurt Finnish internet operators.

However, the mainstream media will not speak against this, since they want more readers in their heavily moderated blogs. Currently, the discussion forums of Helsingin Sanomat (hs.fi) are considered a laughingstock because of the heavy-handed censorship there.

2 thoughts on “We Have Ways of Making You Moderate”