Michiel Mans, a Gates of Vienna reader from the Netherlands, wrote the following essay in response to Paul Weston’s article from last week.

We welcome the expansion of the conversation to include parts of Europe outside of Britain and Scandinavia.

Paul Weston wrote an interesting article about the inevitability of Civil War in Europe by 2025. I think it will be much sooner. I even hope it will be sooner. Not because I am a warmongering idiot — perhaps an idiot, but not a warmongering one — but because sooner will mean less death and destruction. To quote Mark Steyn: “At hinge moments of history, there are never good and bad options, only bad and much, much worse. Our options today are significantly worse because we didn’t take the bad one back then.” 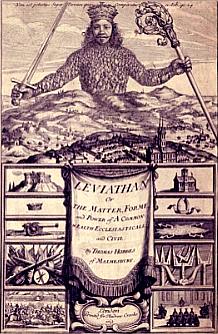 Civil War is inevitable. From any historical perspective, it is inevitable. Because people — politicians in particular — do not learn from history, avoidable mistakes have been made. Another contributing factor, one often overlooked, is the lack of insight into the psyche of human beings. The mix of both, misreading history and the human mind, is currently leading to (civil) war. As always.

Whether Islam or Western Christian-Humanist culture is superior from an ethical-moral point of view is irrelevant. Even if we accept “If all cultures are equal, cannibalism is a matter of taste” (Leo Strauss). It is irrelevant because the coming struggle is by and large one which is related to our instincts. The morals are just an instrument, a means to an end. It doesn’t mean that the involved ethics and morals cannot be argued to be superior, or inferior, on the grounds of practicality, ethics, logic and reason. In the end, they just do not matter.

Human beings are racist animals by nature. Many resent the term animal as a description for Homo Sapiens,so I’ll use “creature” instead. Almost all creatures, solitary or tribal ones, do not tolerate competing creatures or tribes on their territory. Many creatures, particularly mammals, fight to protect their young, their family and tribal members. They fight for food and territory. With human beings it has become a bit more complicated. Tribal behaviour is still very visible everywhere, from Iraq to the soccer fields of Europe. It is sometimes the most basic variety, sometimes a more developed one.

Since man started to live in larger communities, the previous boundaries of tribal loyalty expanded. Cooperation, trade and mutual dependency moulded new types of bonds and loyalties. Common denominators like dress, language or religion, made members of a community recognizable. Of course, skin colour or other distinguishing physical features, could also be recognition points. They are as effective as an Arsenal-shawl, a New York Giants cap, or the hijab.

To some degree, the mixing of race and mass migration has made the impact of physical features less important and an unreliable yardstick to measure potential loyalty to the “tribe”. Unfortunately, it hasn’t eradicated the existence of racism. Racism, incidentally, isn’t restricted to one race, although one is excused if one thinks it is predominantly a white man’s burden. Selective teachings of history, or selective analysis, can lead to such common perceptions.

Prem Radhakishun, a Dutch columnist and TV filmmaker with a Surinam background, stated that people in Surinam generally speaking vote along racial lines. There being few white natives there (about 1%), the groups are mainly Hindu, Creole and mixed indigenous races. Surinam is not an exception; in many multi-ethnic countries, racism is rather common, and if there is harmony, it has always been a struggle, often one lasting decades, if not centuries.
– – – – – – – – – –
People choose their friends but cannot choose their families or fellow countrymen. Loyalty to family is to some degree instinctive, to some degree instilled from the breast onward. You get acquainted with and accustomed to your neighbours, your city and your country by the same mechanism of indoctrination. The result is that you feel at ease with your family, your own neighbourhood, city and country. That is, until something or someone disturbs the equilibrium, the peace and ease. That is exactly what is happening at the moment. And it is happening on a large and unprecedented scale.

It is happening because the means of mass transportation over large distances make it possible on a scale and at a speed new to mankind. Before the second half of the twentieth century, Africans, Orientals and Arabs, didn’t have the means to move North, East or West, in the numbers we see now. Even if they had the means to finance such migration, the transport facilities were non-existent or not at their disposal. In most cases, non-Western refugees on all continents didn’t travel much further than the immediate boundaries of trouble.

A Dutch politician (Geert Wilders) spoke of a ‘Tsunami of Islam’ flooding Europe — well, Holland, anyway. One million in less than forty years, most in the last twenty-five. That number came about by migration and by reproduction. Muslims are, if not physically in numbers, the most visible group of immigrants in Holland. The not insignificant number of Germans or people of German origin, some 386,000, are invisible and almost fully absorbed and assimilated. Although these Germans, for some reason, were not too well liked some years ago, it didn’t cause any real problems because they look and behave very much like the natives. Except when at the beach, or such is a popular joke.

Most other immigrants of Western or even non-Western origin assimilated, or they tried to do so. Indonesian, Chinese and Vietnamese immigrants are an example. The extent of their assimilation wasn’t the main reason for their success in being accepted and respected. The Chinese, in particular, like to stick together while handing out pleasant food to the natives. The food, though much appreciated, isn’t the reason why there rarely are any racial or cultural tensions between the natives and the Chinese. The reason is that the Chinese do not try to impose their culture or anything else on the natives. They even politely ask, when you order food, whether you want it spicy or not. I’m sure there is more than just this. You cannot always explain why you like some people and you come to dislike others.

And then there are the new politicians, modern thinkers and historians. They emerged after the dreadful Second World War. ‘Remember the war, the holocaust, the colonies and slavery.’ After Adolf, things moved rapidly. We studied our own recent Western history and were appalled by it. And often rightly so. The conclusions were: “never again, and from now on we will love, and must love, everyone and everybody’. Above all, the conclusion was “we are all equal, and since we have been so bad, we are somewhat less equal and have to pay for it.’ The new politicians, thinkers and historians had mainly concentrated on recent Western behaviour and forgotten about what had happened elsewhere or why. They did not see the many similarities or worse.

They also forgot the bigger picture of history over longer periods. Above all, they forgot human nature. All this could be excused if a (re)learning process was visible, but the opposite seems to be true. The more problems become visible, the more the new elite keeps hammering on the old, erroneous conclusions of love by and for all.

It is ironic that this new elite uses exactly the same phrases, displays the same behaviour, as the studied, analysed and consequently despised people and peoples in the past. They force ideas, doctrines and behaviour upon populations which are not liked, often unnatural, and even hated. This inevitably leads to war, or in our case, civil war.

Michiel Mans (b. 1956) is largely an autodidact, a reader with interests in history, philosophy, politics and science. His background is of a humanist nature, inherited from his mother, mixed with some “reactionary” treats from his father. To this is added a fair dose of liberalism and scepticism. Mans has worked in many fields and has also been self-employed for ten years. During the past few years he has written columns for some Dutch websites and electronically bothers politicians with questions and cynical observations.

One of his latest “letters to” was to the OIC (World Muslim Council) after the passing of a UN Human Rights Organization resolution banning the defamation of religion.

16 thoughts on “European Civil War: Sooner Than You Think”