The hate never stops. It must be hard-wired into the human brain.

Now read the story below and let’s wait to see what the NAACP has to say: 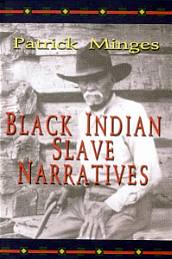 Cherokee Nation members voted Saturday to revoke the tribal citizenship of an estimated 2,800 descendants of the people the Cherokee once owned as slaves.

With all 32 precincts reporting, 76.6 percent had voted in favor of an amendment to the tribal constitution that would limit citizenship to descendants of “by blood” tribe members as listed on the federal Dawes Commission’s rolls from more than 100 years ago.

The commission, set up by a Congress bent on breaking up Indians’ collective lands and parceling them out to tribal citizens, drew up two rolls, one listing Cherokees by blood and the other listing freedmen, a roll of blacks regardless of whether they had Indian blood.

Some opponents of the ballot question argued that attempts to remove freedmen from the tribe were motivated by racism.

“I’m very disappointed that people bought into a lot of rhetoric and falsehoods by tribal leaders,” said Marilyn Vann, president of the Oklahoma City-based Descendants of Freedmen of Five Civilized Tribes.

Tribal officials said the vote was a matter of self-determination.

“The Cherokee people exercised the most basic democratic right, the right to vote,” tribal Principal Chief Chad Smith said. “Their voice is clear as to who should be citizens of the Cherokee Nation. No one else has the right to make that determination.’

How about that? The Chief believes that the most basic right is the right to vote. So put that in your peace pipe and smoke it…

Good thing they didn’t win the battle against the bad white man. Guess who would be part of their “democracy”? [Hint: it wouldn’t be any of us bohunks, dude]

This is simple Hatred of the Other, but in the context of what the Cherokees have experienced it is amazing that they would pass on the dispossession and exclusion they experienced by choosing to drop kick their former slaves from the community.

Someone pass the smelling salts, please.

Here’s a comment left on the story by someone wearing a tinfoil hat for protection as she jumps off the cliff. These idjits ought to have keepers:
– – – – – – – – – –

I commend the indian nation for this move!! How many of us would self identify ourselves with another race or culture when one may not have a genetic basis to make such a claim.

Out of all the minority groups the American indian has suffered so much more than any other……..The white man has taken away & stripped them of every tangible piece of their being.

Think of tomorrow-
Plant a seed
grow a forest
for Mother Nature
and her animals………….

And while you’re up getting the smelling salts, would you be so kind as to see if you can find a barf bag?

2 thoughts on “Those Peace-Loving Native Americans”