The news is out. Those progressive, peace-loving Dutch are really torturers. Abu Ghraib has nothing on their methods. Here’s the quoted report from ¡No Pasaran! about what Dutch Military Intelligence did in Iraq (my emphasis):

According to De Volkskrant, the interrogations were carried out by members of the Dutch Military Intelligence and Security Service in November 2003 in buildings of the Coalition Provisional Authority in the town of Samawah, on the Euphrates River about 230 miles southeast of Baghdad.

Prisoners were forced to wear darkened goggles then exposed to bright lights when the goggles were removed, De Volkskrant reported. They also were kept awake for long periods by being doused with water or subjected to high-pitched noises.

The MSM really does use the same tactics the world over. Truth is expendable in the name of whatever an individual considers to be the justice of the moment.

This particular “truth” is the leftstream Dutch media’s attempt to spin stories for the coming elections. As ¡No Pasaran! so delicately puts it:

There’s been yet another attempt at an infantile pre-electoral surprise. This time it’s by a bunch of dim bulbs in the Netherlands. The newspaper De Volkskrant reports on a torture scandal with the politically potential usefulness greater than abu Greib ever was since we’re talking about Europeans who have convinced themselves that the dozen prisoners abused at abu Greib was a chamber of horrors on the scale of Auschwitz.

What is it with world-wide leftist journalists? (Sorry for the redundancy). Do they get some kind of inoculation in graduate school which makes them immune to reality? Are they all such ditzes that when they spin the news this way, they end up a bit wobbly themselves?
– – – – – – – – – –
It would be funny… but unfortunately, they don’t just spin the “news.” They actually believe the garbage they create. Either that, or they follow the old dictum that the ends justify the means, especially if the ends involve keeping anyone to the right of Che Guevara out of power. In other words, they’re either truly naive or basely cynical.

If there is anything that’s to be though of as “senseless” it’s the left’s abuse of a military trying to restore a civil society after justly deposing a warmongering dictator.

The insurgents are the ones behind the killing of innocent civilians, and by some great leap out from the shackles of morality and common sense, the “peace” camp can’t seem to countenance shining a bright light in the eyes of 15 men in the effort to put a stop to it.

Just to reiterate: in the caring, loving Netherlands, buggery, an abuse of animals for non-consensual personal jollies for no productive reason is completely legal, but shining a light in the eyes of military prisoners with information that can save lives isn’t.

Well, for heaven’s sake, Joe. It doesn’t actually hurt the animals, does it? I mean, it’s not like using them in laboratories to test cosmetics, for heaven’s sake. And no one is actually cutting the poor animal up to eat it, now are they? Besides, a truly caring person – one who one speaks truth to power every morning — would dream of shining a light in the animal’s eyes or anything. Now that would be cruel and inhuman. 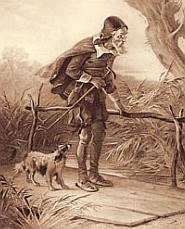 It is indeed very difficult to keep the moral metric straight if you’re a journalist… or a legislator making up the latest buggery laws.

14 thoughts on “Shining the Light on Those Crooked, Sadistic Dutch”