Swedish reader LN, who frequently provides social observations about Sweden and Scandinavia in Gates of Vienna’s comments, has sent us the following essay, which is an expansion of comments he posted here earlier.

I have standardized his spelling and punctuation, and modified some of the idioms to conform to current American usage, but otherwise the words and opinions belong to LN himself.

Let him know what you think — he’ll probably be along to comment in due course.

In Sweden, IMMIGRATION is a flourishing and prosperous business employing thousands of persons of national as well as of foreign origin and with a total turnover for all things immigration-related — inclusive of all costs for asylum-seeking or immigration procedures, for immigrants awaiting residence permission, for already resident immigrants waiting for lodgings or work etc., for social allowances given to all unemployed immigrants and to former immigrants who in the meantime have become Swedish citizens and so on ad infinitum — in the magnitude of SEK225,000,000,000 ($1 = SEK7.50) per annum. This is a lie, the State says, but the State is ALWAYS unable (unwilling) to produce any figures of their own about immigration.

How much is SEK225 billion? It corresponds to the revenue from 1,350,000 taxpayers employed in Swedish trade and industry. SEK225 billion also corresponds to approximately 17.5% of total Swedish tax revenues in 2004. Without the immigration expense the collective burden of taxation could be reduced from 54% to 34%.

SEK225 billion is more than the entire GNP of the Baltic States. Estonia and Latvia and Lithuania together in 2004 had a GNP of SEK185 billions. Theoretically Swedish taxpayers would be able to give the Baltic States an eternal vacation plus a 20% raising of standards, if…
– – – – – – – – – –
In 2004 a maximum of 15 percent of the stream of immigrants to Sweden were true refugees, according to the UN definition. 85 percent were exploiting the asylum system to come to Protestant Sweden seeking better material living conditions.

Is the same situation principally prevalent in Norway and Denmark, or in Germany, Benelux and France? How is the situation in the USA?

Imagine a glazier working 24/7 — in the night he is out smashing window panes, preferably store windows, and in the daytime he is replacing the smashed panes with new ones. Everybody is earning heaps of money — first of all Mr. Enterpriser himself, then the glassworks, the transport sector, the putty manufacturers and in the beginning even the insurance companies, selling more and more insurance policies that are becoming more and more expensive. What about the shop owners? Their expenses are skyrocketing. No problem, their customers have to pay for this through the rising prices. Lots of people are getting new jobs, lots of tax-money is hopefully being paid, society is thriving. Gross National Product is rising. More money is sent to the European Union (EU) in Brussels and to those countries Sweden is sending Development Aid to: Russia, China, Cuba, Zimbabwe etcetera. Yes, there is nothing wrong with your reading! These expenses are based on and bound to GNP. In the long run the situation for the insurance companies is getting a bit tight. The insurance premiums are getting too expensive to be paid by ordinary small shop owners, so they have to hire security companies to guard their window panes at night. The security companies have to hire more people, buy more cars (preferably Volvo SUVs), buy more petrol — in the long run even the sheiks of Saudi or the madman down in Venezuela are thriving. I have never looked at “The Sopranos” — I could guess there are tangential points.

Nota Bene, very little increase in value is generated. In the long run this kind of business is doomed — the Finale = liquidation. Remember Enron?

Isn’t this a nice fairy-tale, even if it is exaggerated, specialized, and formalized? Why hasn’t a gifted H. C. Anderson created such a successful and innovative story about human ingenuity and innovative activity a nice literary costume — like The Emperor’s Clothes? Because such a malignant and parasitic way of acting was not invented during his lifetime. It was introduced — in Sweden in the 1960s — together with the arrival of a new economy, probably associated to some shady winner of a Nobel Prize for Economics. One thing that characterized the new Economy was that it introduced a new way of reasoning. Before, it was always calculated with a decent markup (profit) of say 15-25%. Now it was asked: how much can we take out? — how much can the market endure?

A pair of shoes of a well-known brand made in China to-day can cost you $100-125. The Chinaman making the shoes, who will die young from breathing toxic glue vapors, gets thirty cents a pair; material is one or two dollars; travel costs for one pair of shoes from Shanghai to New Jersey with the AP Möller-Maersk biggest-in-the-world container-carrier EMMA (taking 11,000 twenty-footers) is less than a quarter of a dollar. In another part of the town in a small shop or at a MART you might find a pair of Chinese-made shoes for $15 — almost the same material and model, the same Chinaman and the same ship, but these shoes will not increase your self-esteem — the haven’t got the BRAND! Stupid world filled with stupid customers!

This ECONOMY, whose scientific name I do not know, is very much in full swing worldwide. It is a prerequisite, a fundamental basis for what is called GLOBALIZING. We already need another GLOBE to sponge and devastate in order in the long run to proceed with the current standard of living. I am sorry to have to point it out, but Al Gore, who might not be a thinker and certainly not a scientist — why not look at him as an errand boy? — is not quite talking through his hat.

In the fairy-tale above, exchange insurance companies for taxpayers, and smashing window panes for immigration, and you are almost back to true reality, or current everyday life.

A lot of individual people are living quite nice, and not infrequently more-or-less work-free lives, thanks to immigration. Who are these people? Firstly all those pundits and expert pundits and dedicated pundits and all the loonies that are employed by the state and by the municipalities to work with immigration, anti-racism, gender-equality, multi-culti, adoption, work-creation etcetera. Then all employees of the Swedish Immigration Board, then all those professions that wouldn’t exist if there was no “mass immigration”. I suspect I am leaving out perhaps half of them. The titles of these professions are impossible/very hard to translate — partly because Newspeak is used:

Then there are all the lawyers, the interpreters, the celebrities, and the quasi-celebrities, the debaters, the debate leaders, the lecturers, the doctoral candidates, the writers, the editors, the journalists, the professional politicians and the amateur politicians, the bishops, the professors, and other academics who get — if not all, then a substantial part of — their total income from the immigration business.

Finally there is a big group of immigrants or children of immigrants with more often than not a hostile attitude towards ethnic Swedes and the traditional country of Sweden that we elderly called ours. Strangely these people have become the PC establishment’s darlings. They work as freelancers: debate, discuss, write, talk, offend, affront, and disgrace themselves. No debate in TV or in radio is without some of them. Of course they all advocate multi-culti in the extreme and a most generous, restriction-free immigration policy. Below you will find the names of the most frequent ones — as their names expose most of them are of South/Latin American (communist?) origin. Often this group is referred to as the enrichers!

None of all these people would consent to any reduced immigration.

This posting should actually deal with the Swedish Centrum mot rasism — The Center against Racism, so I am now approaching the Poodle’s Kernel.

First of all we have an immigration minister to handle and supervise the big hullabaloo. In Sweden we have got a new and true expert who has devoted herself to the matter since she gave up working in her own massage parlor “Studio 88” back in 1995. After that she, by her own admission, was redeemed by the tragic murder of an African boy in the south of Sweden (the Patric Nadjiis-case) and became mångfaldskonsult (Diversity Consultant = how to implement gender equality and Multi-Culti in society), then a member of Parliament for the People’s Party in 2002, and synchronously for the last years she is said to have studied jurisprudence at the University of Uppsala 140 km distant from the Parliament building in Stockholm! Wow! She has taken no exam yet, but has 5-year-old twins back home.

People of her clan have understood that there is money to make in the “immigration business”. Kitimbwa Sabuni of the National Society of Afroswedes (= afro immigrants) is working hard to get the new expression — AFROPHOBIA — introduced in Sweden. Then there is Wasesa Sabuni, a boxer with some peripheral connection to “immigration business”, Zela Sabuni, who is Activity Director for the Simbacenter, a place where unemployed women of foreign background can meet, talk, and cooperate, and finally Mkyabela Sabuni, second boss of “Centrum mot rasism” (the Center Against Racism), and also uncle to the Immigration Minister, who by the way has decided to close down “the Center Against Racism” January 01 2008. Very wise! Uncle will be without job but certainly not without a fat pension.

The first boss of “Centrum mot rasism” is Yvonne Ruwaida, an old faithful member of the Greens (Miljöpartiet). She is a good old opportunist always following the stream and with excellent contacts among Muslims via her cooperation partner Mehmet Güner Kaplan in another “immigration business” project called “We Work for You”.

Mehmet Güner Kaplan, born 1971 in Turkey, is an active Muslim. He is a new member of Parliament for the Greens this autumn. He is Press Spokesman of the Swedish Muslim Council, he has been secretary for the Young Muslims of Sweden (SUM) 1996-2000 and chairman 2000-2002 and he is Activity Coordinator for the Bureau for Equal Rights, one of 15 of the same kind in Sweden, paid for by the Government.

EVERYTHING mentione up to now is paid for by the Government! Must I whisper: — the taxpayers!

“The Center against Racism is a leading national and international actor in the work against racism and many other forms of intolerance.

The Center against Racism possesses confidence, mandate, authority and competence to be the most important and natural collaborative partner for the authorities, local governments, commerce and industry, and the NGO’s — nationally as well as internationally — in the struggle against institutional racism, structural discrimination, everyday racism and violence with racist motives.

The Center against Racism is an important actor in the work of schools.

The Center against Racism has promoted a strong development in immigrant organizations and other NGO’s in Sweden, which has contributed to a coordination and collaboration of the civil society. That, in its turn, has led to increased strength, which is needed to counteract institutional racism, structural discrimination and everyday racism.”

In January 2008 the CENTER AGAINST RACISM hopefully will be closed after having conscientiously in three years consumed some 50 millions of the taxpayers’ money on festive representations and entertainments, exclusive office inventories, travels and taxi rides, exclusive hotel or SPA sojournings, high-class beverages, common incompetence, and meaningless and stupid campaigns, like the attack on the black ice-cream bar NOGGER, supposedly reminiscent of “NIGGER”. 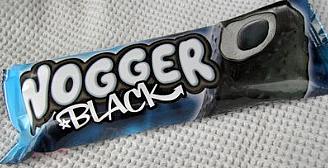 LN has kindly reminded me that I neglected to include his links:

“Studio 88”
Simbacenter
The Center Against Racism
“We Work for You”
the Swedish Muslim Council
the Bureau for Equal Rights
NOGGER 1
NOGGER 2
Funny that the number “88” is popping up again!