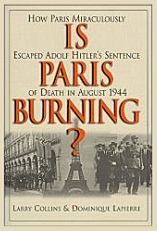 As I predicted last week, the French Youngsters are going into intifada mode:

If you don’t read French and you want a good laugh, put this sentence into Google’s translator. The rubber bullets (des balles en caoutchouc) the police are using in the face of the Molotov cocktails being hurled at them translates into “rubber balls.” The latter would probably be just as effective in their retreat, no?
– – – – – – – – – –
Meanwhile, The London Times is reporting the breadth of the problem. They are also talking to the French police union:

Before next week’s anniversary of the Clichy riots, the violence and despair on the estates are again to the fore. Despite a promised renaissance, little has changed, and the lid could blow at any moment.

The figures are stark. An average of 112 cars a day have been torched across France so far this year and there have been 15 attacks a day on police and emergency services. Nearly 3,000 police officers have been injured in clashes this year. Officers have been badly injured in four ambushes in the Paris outskirts since September. Some police talk of open war with youths who are bent on more than vandalism.

“The thing that has changed over the past month is that they now want to kill us,” said Bruno Beschizza, the leader of Synergie, a union to which 40 per cent of officers belong. Action Police, a hardline union, said: “We are in a civil war, orchestrated by radical Islamists.”

In reading about this level of destruction and hatred, one can’t help but compare again. What other civilized Western nation would put up with this chronic level of lawlessness and destruction? Officer Beschizza is spot on: there is a civil war going on, and the French police are the target the French jihadists are using to get on with the battle. The police perception that these criminals poor, deprived youths are planning to murder them is a reasonable conclusion. The police are the ones on the scene, they are the foot soldiers daily experience; they can calculate the changes in the terrorist weather much better than the airheads in government who promise change and deliver nothing.

Who can break the impasse? Were the government to attempt to start a robust, realistic jobs program, all those protected French native job-seekers would go on their own rampage.

Anyone want to start a pool to bet on the date the first IED explodes in Paris?

French youths are keeping all the goodies on a slow burner just waiting until the situation is just right. Don’t worry about the 500 pound Islamic elephant waiting in the corner and please parrot the State Party Line©: the kids are depraved because they’re deprived.

35 thoughts on “When Will the First IED Explode in Paris?”