The Baron found a forum link in the referrals on our site meter and followed it over to discover the following story. It was published by a newspaper in Lyon, France-Echos, dateline October 7th (translation by the Baron):

A schoolgirl was stoned Wednesday in a playground for non-observance of Ramadan.

“According to information sent by Michele Vianès, of the organization Regards de Femmes

The information given by me on Thursday at the time of our Regards de Femmes café is in today’s Le Progrès [the October 6th edition].

‘A schoolgirl at the Jean Mermoz college [secondary school] in the eighth district of Lyon was pelted with a hail of stones on Wednesday morning in a playground where she was eating a snack. The theory that the act was related to the non-observance of Ramadan has been confirmed by the prosecutor in Lyon on the strength of the earliest results of the investigation.

Azzedine Gaci, the president of the CRCM [Conseil Régional du Culte Musulman — Regional Council for the Muslim Religion] declared that if “the facts prove to be true, they are unacceptable”. He deplores the ignorance of the pupils, to whom it would be necessary to teach the Koran at school, and who are unaware that during Ramadan the “women who are indisposed are exempt from compliance’.

Without further comment for now, I will keep you informed.”

According to Western Resistance, “indisposed” is “probably is a euphemism for her ‘time of the month’.

That was several weeks ago and though I searched for follow-ups to the story there don’t seem to be any. She probably went home, washed her wounds, and went back to school the next day, careful to eat in the lavatory next time.

The forum said the girl was Christian, but the newspaper story seems to imply that she was Muslim and had raised the ire of her persecutors by appearing to be breaking the dietary laws re Ramadan. Perhaps she could wear some sign which would allow others to know that she is menstruating so they wouldn’t stone her. No shame in that for an adolescent girl, right?

– – – – – – – – – –
But at least they might leave her alone. Here’s an idea: Muslim women could pin red stars on their burqas if they’re menstruating or pregnant during Ramadan. Thus, they could indicate that not only are they exempt from the Ramadan strictures because of their condition, but that they’re also unclean. Then when anyone menaces them, the women could retaliate by threatening to actually touch their tormentors and thus contaminate the little buggers. It would take lots of ritual washing to get clean from that ordeal. Retaliation that severe could get her mortally stoned, however, so maybe not.

Still, the red star would save a whole lot of hassle.

This is a stony religion. Hard and unforgiving. A child not being permitted to eat all day is a travesty of anything remotely spiritual. In most Western countries, back when they were normal, finding examples of children not eating all day would be investigated as child neglect. No kid can function in school on an empty stomach.

I do not doubt that there are warm, human and witty adherents of Islam. I know one or two myself. And in the blogosphere, just to pick one example there is The Religious Policeman. But he hung up his blogger’s hat and is writing a book instead. However, here is what this sane Muslim (safely out of Saudi Arabia) thinks about the fundamentalists in his native country who have spread their poisonous message world wide:

[It is] the full spectrum of institutionalized insanity that the House of Saud and their friends with long beards have created.

That “full spectrum” includes stoning a kid for eating. Jesus would’ve suggested that before they pick up a rock they examine their own souls to see if they were without sin…an admonition that probably doesn’t make sense in a tribal, warrior culture burdened with shame. Come to think of it, Christians as well could use that admonition to look inward first (someone can remind me of this the next time I feel like stoning Nancy Pelosi. Or Dean Howard. Or Jimmah from the Ummah). 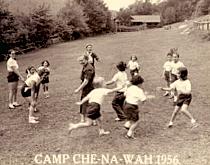 Juxtapose this story with our p.c.-zero-tolerance-zero-IQ-rules about school recess. Our kids are allowed to eat – in fact, some of the food they’re given is a downright sin – but for several years now they are being restricted at recess. Hard to believe, but our children are not permitted to play dodge ball. Or tag. Nor are they permitted to push one another on the swings. No physical contact, you know. Remember — G-d forbid — cops and robbers? Of course, if our kids were still allowed to play these normal childhood games, the good guys/bad guys routine would have morphed by now into “soldiers and terrorists.” And the educational bureaucrats would be in cardiac arrest.

9 thoughts on “What She Needs is a Good Stoning”