It’s been remarked here and in many other places that Islam suffers from a severe case of Humor Impairment Disorder, or HID.

Since the funniest people in the world are usually Jewish, it’s no surprise that it took a Jew to create some really funny Islamic jokes. Bernie at Planck’s Constant has put out the requisite effort, and here are some of the results: 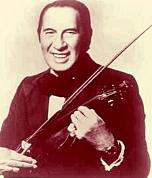 How many Palestinians does it take to change a light bulb?

None! They sit in the dark forever and blame the Jews for it!

What do you call a first-time offender in Saudi Arabia?

Did you hear about the Muslim strip club?

What does the sign say above the nursery in a Palestinian maternity ward?

A man goes into an adult entertainment shop and asks the assistant for an inflatable doll.

This question confused the man, so he asked,”What has the religion got to do with it? It’s an inflatable doll!”

“Well,” explained the assistant,”The Muslim one blows itself up!”

You’ll have to go over to Bernie’s place to read the rest.