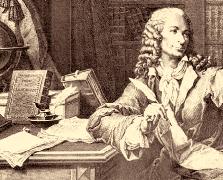 I visited your blog yesterday, and read with interest your post about moderates in Islam. You have provided extensive information and useful links for those who want to learn more on the topic.

When you first arrived in the comments at Gates of Vienna last February I was delighted. Before then our commenters had consisted mainly of like-minded folks, with a few nuke-the-ragheads zealots and an occasional lefty troll thrown in to leaven the mix. With your arrival it became possible to argue and discuss with a reasonable and humane Muslim. Unfortunately, you have been the only one so far to show up.

More than one reader has accused you of being a particularly sly and devious practitioner of taqiyya, the art of dissembling for the sake of Islam. But I prefer to take a person at face value unless he gives me good reason to do otherwise. I choose to see you as that most elusive of creatures, the moderate Muslim.

I know you hate the term, but no one has yet come up with an alternative phrase that is short enough to be useful. I can’t keep saying, “Eteraz is a Muslim-who-doesn’t-want-to-clothe-women-in-pup-tents-and-kill-or-enslave-infidels.” Sorry, old bean; for the time being you’ll have to remain a Moderate Muslim.

It is because of you that I still hold onto a slender thread of hope for the modernization of Islam, for the possibility that Muslims in general can learn to live peacefully in a secular society the same way that Jews, Christians, Hindus, and Buddhists have done.

But it’s a tough row that you have to hoe; you are all but alone doing intellectual journeywork in the field you have chosen. The task you have undertaken requires a thick skin, if not body armor.

I was reading National Review the other day, and came across an article (subscription required) by Theodore Dalrymple that made me think of you:

Taqiyya is the principle by which a Muslim may disavow his religious beliefs if it is necessary for him to do so. I am no Islamic scholar, but it seems to me that the application of the concept has been extended. Where once it meant that a Muslim could deny his faith if he were threatened with death unless he abjured it, it has come to mean lying to promote any religiously desired end. Taqiyya has always been more important for Shia than for Sunni Muslims, but is permitted to the latter.

On www.al-islam.org, I found the following, allegedly true story: A Shia and a Sunni Muslim were traveling to London to attend an Islamic conference. En route, the two of them discussed the need for unity between the two main branches of Islam, and the Sunni argued that the Shia resort to taqiyya was an obstacle to that unity. At London Airport, the Sunni told the immigration officer that he had come to England to seek medical treatment, while the Shia said that he had come to visit friends. The Sunni said to the Shia afterwards that an Islamic conference provided healing for the soul, while the Shia said that it provided an opportunity to visit friends. According to the author of the article on the Web, both had indulged in laudable and justifiable taqiyya.

This is not taqiyya to save life: No one was threatening the two of them with death unless they entered Britain. It was lying because the end was believed to justify the means, and possibly for the sheer malicious pleasure of deceiving someone (an infidel immigration officer) you cannot believe to be the equal to yourself.

If such a story is held up as a moral example, as something Muslims could and should learn from in their everyday dealings with the non-Muslim world, it cannot be much of a surprise that non-Muslims begin to grow suspicious of even the most decent of the Ummah. And this feeling of mistrust is bound to have grown because so many of the bombers and would-be bombers appeared for a long time to be perfectly integrated into British society. A man with a friendly manner and a pleasant expression, a conscientious teaching assistant by day, turns out to be a suicide bomber by night, ready to die so long as he takes as many complete strangers with him as he can. If he could not be trusted, if he was harboring such murderous hatred in his heart despite all outward appearances, which Muslim can be trusted?

The problem is all the greater because surveys among Muslims have consistently shown a high level of support for suicide bombers. Even “moderates” who are wheeled onto the broadcast media to defuse incipient and potentially dangerous conflict say that, while they deplore the violence, they “understand” it: that is to say, that they believe the extremists are not really, or not wholly, to blame.

It doesn’t really matter what the Jafari, Hanafi, Maliki, Shafi’iyyah, and Hanbali schools of jurisprudence say. It doesn’t matter what’s taught or debated in the Hawza. What counts is the collective action (or passivity) of millions upon millions of ordinary Muslims, folks who know nothing of Spinoza or Voltaire, or even Arabic literature.

Such things have never occurred. The mass demonstrations in Lebanon were political and nationalistic. The protests in Amman after Zarqawi did his nifty little number on his fellow countrymen were not against violence. The Jordanians and Palestinians were not objecting to jihad; they were protesting against jihad directed at Jordanian Muslims. It was a NIMBY demonstration; presumably they have no problem with the killing of mere infidels.

The best that Islam has been able to do in this category is that piddly little demonstration in D.C., the one where about fifty people showed up.

A good tree cannot bring forth evil fruit, neither can a corrupt tree bring forth good fruit.

Every tree that bringeth not forth good fruit is hewn down, and cast into the fire.

Wherefore by their fruits ye shall know them.

The fruits of Islam for fourteen centuries have been war, plunder, slavery, poverty, degradation, and ignorance. Notwithstanding the “Golden Age of Al-Andalus”, or any other purported Islamic golden age.

Islam has not shown a peaceful face to the world. In the name of its god it has consistently gone forth with the sword against its neighbor. Such peace as has been found within it has been the peace of satiety from plunder, or the peace of the outnumbered or outgunned, or the peace of the hudna, which bides its time until the moment is propitious and the slaughter can be resumed.

Eteraz, you are a lonely exception. Your exegesis upon the Koran is encouraging and exemplary, but it is manifestly not in accord with the prevalent practices of your religion.

I believe in your sincerity, but I fear that someday your co-religionists may discover your home address, and you will wake up one morning to a car bomb.

More power to you. May your version be true, and not mine.

Eteraz has responded to my letter. See “Hit With Baron Open Letter”.

11 thoughts on “An Open Letter to Eteraz”