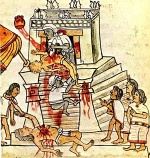 This moderate-versus-radical-Islam argument is getting out of hand.

I’m going to ignore Cato’s sage advice and attempt one last time to propitiate our antagonistic commenters. At Anonymous’ request, I’m including his entire comment at the foot of this post, so that everyone can read his arguments for themselves.

But I’m not going to address most of his points directly. Our differences are largely ones of attitude and emphasis, and those are not likely to change. I doubt the efficacy of the hard-charging head-on confrontational approach towards our enemy, but we both agree on the ends. Would that this were sufficient.

I am, however, going to take another part of Cato’s advice:

Anonymous (pbuh) said something about what he “thought this blog was about” — I think that’s the problem. You need to be clear what it is you are about. If people don’t like it, tough. Let them get their own blog or comment elsewhere. Telling you what you must say or believe, after the second or third repetition, becomes rather pointless.

I’m going to be clear what we’re about. We’ve discussed it before, but it’s evident that some of our newer readers have not gone back to the archives and read all the posts on similar topics. So I’ll summarize here: 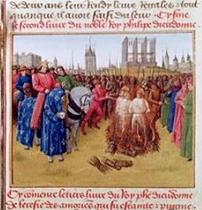 This is a definition of our position. I’m trying to do an end run around any further argument about whether our approach coddles moderate Muslims. This is where we stand; if this constitutes an “apology for Islam”, then… Well, you’re entitled to your opinion.

But please don’t waste any additional comment space upbraiding me for my failure to be sufficiently anti-jihad. I don’t think you do us, yourself, or our readers any good by further argument.

I’m trying to find common ground here with people who share the same goals. I have no interest in fomenting doctrinal disputes over the purity of anyone’s position or motives.

The latter are so certain that their opinions represent The Truth that they are willing to pound them in repeatedly, as if the mere repetition would be enough to convince us apostates.

Please. As I pointed out to you earlier, the reason I have repeatedly asked you the same question is because you have repeatedly failed to answer it, so your characterization is unfair.

First of all, the point of differentiating between “radical” and “moderate” Islam is that the difference exists. The former want to kill all infidels who won’t convert; the latter may not like us, but are willing to live in an uneasy peace with non-Muslims.

You assert that there exist a “radical” and a “moderate” Islam, yet from your explanation, it seems that you are not actually talking about Islam, but in fact about Muslims.

I would have agreed with you if you had written that there are radical Muslims, who want to kill all infidels who won’t convert, and that there are moderate Muslims, who may not like us, but are willing to live in an uneasy peace with non-Muslims. Yet this issue is not about Muslims, but about Islam.

If the wizardry of modern technology could develop a precision-guided weapon that would wipe out all radical Muslims, the remainder would be relatively harmless, and peace would become possible.

For the sake of discussion, let’s assume that you’re right that the remainder would be relatively harmless. Why would they be harmless? Not because they would be Muslims who follow a moderate version of Islam (which does not, and cannot, exist), but because they are moderate in their practice of Islam. That is, they follow Islam to a considerably lesser extent than the true, righteous Muslims we commonly refer to as terrorists.

It may well be that the moderate remnant would eventually generate radicals in its midst, the way bad meat generates maggots.

Yes, and the reason for that would be that the “radicals” would resume (or commence) practice of true Islam, whereas the “moderates” would remain lax apostates.

But we don’t know this for certain, and to advocate the extermination of millions of people based on the opinion that their peaceful behavior might someday endanger us is, to put it mildly, irresponsible.

I have never argued that we should exterminate millions of Muslims, nor is it a logical consequence of my position, or, for that matter, a consequence of the non-existence of moderate Islam. Which is why I am puzzled why you repeatedly bring it up. As I’ve already said in an earlier post, I think the best policy is to contain Islam in dar al-Islam.

My gut feeling is that even if Islam has its radical organs surgically removed, it will continue to generate the memes that seek to destroy us, and that we will have to deal with it eventually.

What are those radical organs, exactly?

It’s unfortunate that Gates of Vienna, in your view, lacks the requisite virtual testosterone to go whole hog and join the “Nuke the Ragheads” bandwagon.

Right, so if this blog stopped utilizing Islam apologist jargon, the consequence would be that it would join the “Nuke the Ragheads” bandwagon? Ridiculous.

I suspect that Islam itself, acting under the guidance of the Koran, may well keep generating homicidal maniacs who attempt to destroy civilization. When it becomes clear that this is the case (…)

You mean 1400 years of history hasn’t convinced you of this already?