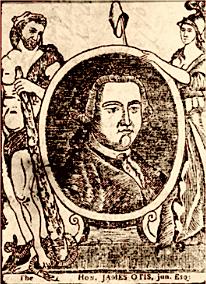 I’ve asked that question before in this space, in an effort to understand what it is that we’re defending. “We” comprise the amorphous and ever-shifting mass of people who are having an extended conversation in the blog world, one whose working title might be “The Counter-Jihad”. Or maybe “Can Western Civilization Be Saved?”

One of the great heroic voices in this conversation is that of the Norwegian blogger Fjordman, who has recently posted here (just scroll down the side bar to find the links), and earlier on his own blog. Fjordman is a voice crying out in the multicultural wilderness, a prophet without honor in his home fjord. He is a modern European Jeremiah, or, as Dymphna has dubbed him, “the Dark Prophet of Norway”.

His posts invite extended comments from all over the world. People come and talk back and forth amongst themselves for days or weeks on a Fjordman thread, and important ideas emerge from these subsets of the conversation.

In the comments to Fjordman’s most recent post, Charles Martel said:

Fjordman has, for over a year, quietly and persistently highlighted the problem of Western abrogation. He has, unfortunately, been largely ignored by the Western press. But slowly his voice is being amplified by the fledgling, but increasingly more powerful blogosphere. Fjordman gives voice to the inchoate feeling of rage felt by a growing minority of citizens in the West.

And so he does. If the blogs weren’t there, Fjordman’s voice would be heard by very few people. His family and friends would always be rolling their eyes and saying to each other, “There he goes again! Listen to him rant and rave!”

But his words would never be published. In today’s PC dystopia they are anathema, perhaps even criminal. Fjordman would remain unread.

When he posts here, however, and when Little Green Footballs gives him a link, his essay is seen by at least 30,000 readers. That’s more than it would get if it were published in a medium-sized magazine. And most of those are serious and careful readers — after all, they are following an LGF link to get here.

This process is a change in the public discourse that is so revolutionary that its scope is hard to measure. We are in the midst of an enormous shift in how information is collected and purveyed. Like the Great Vowel Shift of the 15th century, it will defy analysis and understanding until long after it is complete.

But something is happening here, even if it isn’t exactly clear. And more and more people are becoming aware of it. In the same Fjordman thread, Swedish commenter John said:

What Swedish (and others) media refuses to identify or say, people can say on the net. Networks are forming and ideas are spreading in a way that was impossible just 10 years ago.

This fact was brought home to me in the days following Fjordman’s post. As news of it spread through the internet, more and more Scandinavian readers arrived here. Some of them commented or emailed us, sending links, translations of articles, and additional information on Scandinavian topics. Posting this new information generated additional conversation, both here and in other parts of the internet.

One of the new conversations began in a forum on the Swedish English-language site The Local. The participant who introduced Fjordman’s heresy there was briefly blocked from posting at The Local, and came over to Gates of Vienna as “FluffResponse” to ask for help. I put up a post with the information from The Local, and the conversation continued here for several more days.

At one point, FluffResponse said:

Gates of Vienna is a new kind of Radio Free Europe.

This is both flattering and frightening: how can Dymphna and I deal with that kind of responsibility?

Back in April, after our amputation machines post, a reader emailed us:

i am a lurker.
i read conservative blogs voraciously.
i visit your site more than once daily.
i am not a blogger.
i don’t have the vocabulary.
i have not commented to you on your site before.
but this isn’t about me………..

this article absolutely floors me.
i cannot say how happy i am that i found your site.
i cannot put into words how angry i got/get reading this article or others in your blog about how america(ns) have our heads stuck in the sand.
please continue your work and do not be silenced.

thank you,
thank you

p.s. i am sure that during the colonial revolution in the 18th century there were pamphleteers that spread the word. you must continue electronically what they started.

The comparison of the blogs with the era of the pamphleteers is not a new one — do an internet search for “pamphleteers blogs” and you’ll find a lot of interesting commentary on the topic — but it is apt.

In the Revolutionary period the American colonies were awash with ideas considered dangerous and seditious by the English crown. These ideas were spread by word of mouth, and through the efforts of private citizens armed with nothing more than their zeal and access to a printing press. Writings were passed around freely, quoted, altered, plagiarized, copied, and adapted to become some of the greatest political prose of the 18th century, forming the philosophical basis for the political freedom we Americans enjoy even now.

The pamphleteers were not always concerned about copyright or authorship, and they certainly weren’t trying to make money from their efforts. Meeting their printing and paper costs would have been their only concern; the point was to get the word out.

And so it is here. If I wanted money or fame, I’d be doing something else.

But back to Fjordman. Since we live in America, Dymphna and I have little to fear from what we’re doing. Nasty email and trolls are pretty much the worst things we face.

But, in Norway, Fjordman could be arrested for what he does. His ideas are heinous, racist, hateful, and doubleplus ungood, and they must not be uttered in a country following the path of PC virtue. What’s more, if he were outed, he might well face Theo Van Gogh’s fate or have to live like Ayan Hirsi Ali.

All the world will be your enemy, Prince with a Thousand Enemies; and if they catch you, they will kill you.

But first they must catch you.

Fjordman and the other European bloggers are more than pamphleteers; they are disseminators of samizdat, of information that is so dangerous and so attractive that the State must suppress it. Right up until the day the officers of the Muttawa supplant those of the Ministry of Truth in the European capitals, the samizdatniks will be hounded, harassed, and silenced wherever possible.

Even so, their ideas will spread and take root, just as those of their Soviet counterparts did, because so many people know in their hearts that they are true. And when enough people enter the conversation and realize that they are not alone, then the tipping point will be reached, and SHAZAM! Everything will change.

Until then we’ll just have to keep churning out the pamphlets.

10 thoughts on “Pamphleteers and Samizdat”