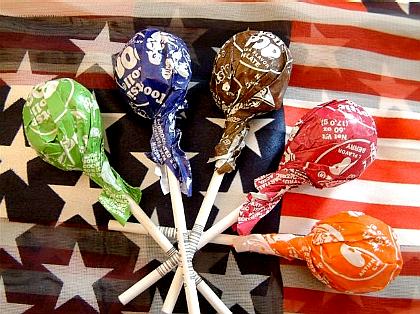 From The Autonomist blog:

Although I’m weak in anthropology, I did get an ‘A’ in biology years ago, and what I learned has given me insight into these strange organisms we call Middle Eastern Muslims. Every organism alive on the planet is good at something. Each has some sort of defense or capability or behavior that gave them an edge over other organisms of past eras and allowed them to evolve to overcome life’s challenges and survive to this day.

But Muslims, like the stick bug and the chameleon and the stone fish, have developed, to an amazing extent, the ability to deceive. And it is that ability that confounds their environmental competitors (you and me) the most.

These types of organisms — “lie-in-wait” predators — must know the full range of behaviors of the organisms they wish to defeat, so as to position themselves correctly for the strike. They are not necessarily strong or powerful, so they must know what frightens, arouses, lures, relaxes, and weakens that which they intend to destroy. For the Muslim, the idea is to exploit our greatest vulnerability — PC thinking.

The Autonomist points out that our narrow Politically Correct and Wildly Wrong (my term, not his) Thinking has left our jugular vein open for a good bite in any interaction we happen to have with Middle East Muslims. He draws on his own maddening experience as a contractor in Iraq for examples of daily taqiyya. Not only do they do it to us, they lie and lie and lie to one another. It’s simply part of the air they breathe:

They hone these deceptive traits by practicing on themselves, first and foremost, by perfecting the art that most Westerners would call “lying.” But to them it’s not really lying. To them, lying is simply the most effective means at their disposal for saving face, being clever, getting ahead, and trying to appear superior. Remember, deception is the Muslim’s most developed trait; their secret weapon. Its constant exercise is not a matter of shame, it’s a matter of pride.

And they absolutely drool at the sight of an unsuspecting Westerner who waltzes into their midst, like the juicy beetle oblivious to the chameleon, with his Christian-based ideas of “Truth” and “honesty” and “ethics” and “integrity.” From Alexander the Great to the 101st Airborne, the first thing the Arabs saw was not our frightening array of weapons, but the big “Tootsie Pop” signs stenciled on our foreheads.

That doesn’t excuse them in my book. Cultural relativity be damned. Chronic, imbedded dishonesty is not only wrong, it is destructive, and it results in chaos. Moral chaos, political chaos, and cultural sinks. As he points out, regarding agreements (and never mind covenants. That would be an order of magnitude beyond the comprehension of the people he deals with:

…in the Middle East, there is no such thing as an Agreement. Whether a verbal commitment or a look straight in the eye or firm handshake or even a written contract, these things here are worth next to nothing. Rather than organizing or finalizing anything, these acts merely serve as a continuation of the struggle by one party to screw the other party more than they plan on getting screwed themselves. Accomplishing a given task, taking pride in one’s work, achieving competence, and even basic concepts of economic gain through mutual trade, take a far back seat to the massive satisfaction gained by getting something more out of someone else then they get from you.

After pointing out his own experiences with the lying, lying, lying Iraqis and Kuwatis, the Autonomist asks why we’d ever believe that “diplomacy” works in this region, why we would be brain-dead enough (my term) to want to negotiate with these predators. Then he gives us a quiz to consider:

Q: Why are there no democracies in the Muslim Middle East?

A: Democracies are based on the possibility of mutually held Agreements between people. Democracy is unsustainable in cultures where lying is acceptable and constant.

Q: Why is every Muslim Middle Eastern country characterized by either rigid oppression or chaotic violence?

A: The coercive use of violence is the only way to ensure Muslims in the Middle East will live up to any obligations, including basic social order and function. Middle East countries where chaos currently reigns, like Palestine, Iraq, and Afghanistan, are merely examples of what Muslims are like without coercion.

Q: How is it that intelligence gathering by Western powers, whether it is about the weapons capabilities of an entire nation, or the simple location of a lone thug, is so constantly stymied and duped in the Middle East?

A: The job of intelligence gatherers is to determine the truth. I wouldn’t take that job in the Middle East for all the money in Michael Moore’s Halliburton stocks.

Q: Have you ever seen anything that says “Made in Saudi Arabia”? What was the last thing invented or produced by Middle Eastern Muslims that helped advance humankind? Why are they so incompetent at virtually everything?

A: Although some individuals with quality talents certainly exist here, it would be impossible to gather enough in one place to Agree to cooperate in any sort of complex or significant effort. The only time Muslims can stick together long enough to produce anything en masse, like nuclear missiles for Uncle Mah, is under the threat of force.

Q: Why is it that Muslim leaders can stare the world in the eye and lie through their teeth without even flinching?

A: They’re not lying, they are “negotiating” with people they assume to be complete suckers.

Q: Are they right?

Finished the quiz? Still got that Tootsie pop on your forehead? Anyone that does will make a nice lunch for some Muslim.

That includes you, Dr. Rice.

7 thoughts on “Got a Toostie Pop on Your Forehead?”