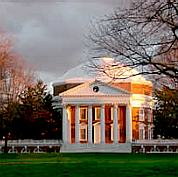 Dymphna’s post about political correctness, alcohol, and “rape” at the College of William and Mary brought in this comment:

I’m a first year student at the University of Virginia.

I never drink. A fact that puts me in a very, VERY small minority at UVa.

Thursday night (March 16th) a student visiting from Cornell University died in one of the first year dorms after going to a frat party and then passing out drunk when he got back to the dorm (he was there visiting a friend of his who lived in the dorm).

For the first several days after the incident I was checking local news websites both here, and around Cornell University, and found that NONE of them were reporting what I thought would have been at least a medium sized headline.

It wasn’t until yesterday (Monday, March 20th) that the majority of the student body found out when the story was posted in the school’s Cavalier Daily (See full article here).

The article, though not directly, tells a ridiculous story.

It starts by discussing the cause of death is under investigation because according to University Police Sgt. Fielding there were “no outward signs of anything criminal.” As if everyone’s first reaction should be that he was maliciously murdered in his sleep.

The article continues by interviewing a Sigma Phi Epsilon (the frat that the dead Cornell student had been at) pledge. Not an actual full member. But a pledge. According to Mr. Adner Van Der Vaart, the fraternity met to discuss the vents of Thursday night. After this committee meeting, the frat decided that though the dead man had drunk alcohol at the party, he had ONLY been drinking out of a flask that he had brought. Therefore the frat accepts no responsibility for the events that occurred.

Overall, it’s a story of no one taking responsibility, and trying to assign blame, while dancing around the one key fact:

A 19 year old is dead due to alcohol consumption.

Dymphna and I can testify, through long association with Charlottesville and UVa, that it does indeed have a reputation as a hard-drinking “party” college. Virginia Tech may give it a run for its money, but the University of Virginia is definitely where the children of the upper middle class want to go for an alcohol-friendly environment.

Local parents out here in the boonies know the University’s major attraction, and it makes them worry if they have a kid who gets good enough grades to be accepted there.

But I don’t know if UVa is that different from other American colleges today. Any more students want to weigh in with their two cents?

20 thoughts on “Cavalier Attitudes About Alcohol”