How come we’re not on the B-List?

The Banned-In-Pakistan List, that is. How come Phibian is on it, and Gates of Vienna isn’t?

Look closely, and you’ll see that Cdr. Salamander’s side-blog, Draw Mohammed Week, made the cut, in the image below (I highlighted it to help the presbyopic among you): 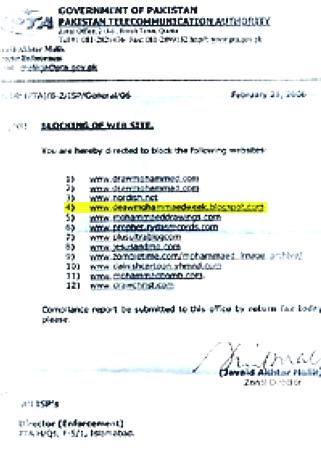 As the great CDR himself says:

Oh happy day! I always wanted a fatwa, but being banned in Pakistan….why THAT IS JUST TOO COOL! My off-the-cuff DrawMohammedWeek has no-shit-Shirlock been banned by the Pakistan government.

What are we at Gates of Vienna, chopped liver?

Say… that list looks like it was typed on an old Selectric typewriter, but maybe it wasn’t. Maybe this is Mary Mapes and the Texas Air National Guard all over again! Fake but accurate! And this time Dymphna and I are victims of the cruel fraud!

I’ve got a better idea: a chain fatwa.

Every time a blogger receives the list, he issues a fatwa against the blog on the top of the list. Then he crosses it off, adds his own blog’s name to the bottom, and sends the list off to ten other infidel bloggers. 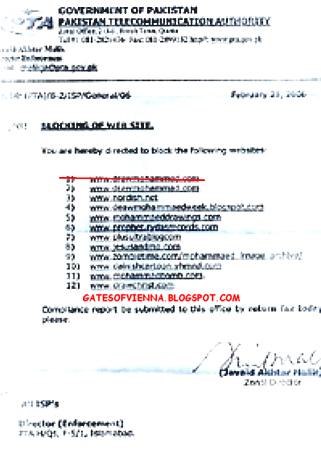 By the time the Twelfth Imam returns, we’ll all be up to our clavicles in fatwas! Won’t that be cool?

9 thoughts on “A Chain Fatwa”