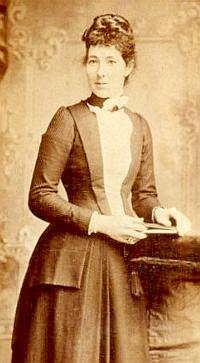 My previous post about jihad and heroin caused such an unexpectedly vigorous response in the comments that a clarification is required.

Point One: Heroin will not be legalized in the United States for the foreseeable future. But a conversation about the damage done by its proscription — both socially and to our national security — is in order.

Point Two: If heroin were legalized without any concomitant changes in our current degraded narcissistic entitlement culture, the results would be disastrous.

The Nanny State encroaches on us more and more every year, making sure we stay warm, eat our vegetables, and generally behave like good little children. As our benevolent and all-seeing parental substitute, Nanny supplies us with all good things and takes care of our every need.

But the government giveth, and the government taketh away. The flip side of Nanny is that she keeps the liquor cabinet locked to make sure that her charges don’t do irresponsible things.

Until the federal government is reformed according to its original constitutional mandate, which means that it would of necessity cease interfering (“for your own good”) in every aspect of its citizens’ lives, the legalization of heroin and other narcotics would be disastrous.

In the behavioral sink we have unintentionally created, heroin users would have a “right” to their drug at taxpayers’ expense. They would have a “right” to be supplied with clean needles, to be given treatment and counseling at public expense, and to be housed and cared for when their habit rendered them unable to do so for themselves.

We need to view drug users in a different light. As commenter Jesse Clark said in the previous thread, “Call me cold and heartless, but I’ve always believed that everybody is responsible for their own actions.”

Until the entitlement culture changes, legalization is neither feasible nor desirable. But that does not mean that we shouldn’t keep talking about it.

For that matter, it is imperative that we continue a dialogue about the manifold pernicious consequences of Nanny’s interference in people’s lives.

8 thoughts on “The Two Faces of Nanny”