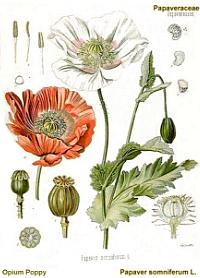 The war against the Great Islamic Jihad is not a static one. Our armed forces and intelligence agencies learn from experience and design new techniques and technologies to meet the requirements of 21st century asymmetrical warfare.

Our enemies are adapting at the same time. The Islamic zealots behind the current war are developing new strategies to counter the efforts of the Western powers. As Middle Eastern governments crack down on the Islamic “charities” under pressure from the United States and its allies, the mujahideen in various Islamofascist terrorist groups find themselves suffering from a lack of funds.

To compensate, the jihadis are adopting creative alternatives. One of the most lucrative examples is the heroin smuggling business.

An article by David E. Kaplan in last week’s U.S. News and World Report, Paying For Terror, outlines the extensive Islamist smuggling enterprise that has grown up around the Afghan heroin trade:

Step back a couple of paces and look at this situation:

The obvious question is: If four years of occupation by the American military cannot interdict the supply of illegal drugs, what possibly could?

This failure refutes the current wisdom that drug use can be controlled by:
1. making drugs illegal, and
2. attempting to cut off the supply.

Neither solution has ever worked.

Consider this: if heroin (and other drugs) were no longer illegal, but were simply regulated by the government as are alcohol and tobacco, if an addict’s fix were $2 instead of $40, how would that affect the funding of terrorist enterprises?

Before the comments and emails come down on me like a ton of bricks, let me hasten to say that an initial increase in the addiction rate is a certainty, if drugs were legalized — look at what happened when Prohibition was repealed in 1933. But the increase in heroin addiction would not lead to an increase in the crime rate. At present, heroin users commit crimes — muggings, burglaries, etc. — to pay for their fix.

As heroin consumption stabilized — much like alcohol before it — its use would confined to those who employ mind-altering substances to self-medicate.

But would that human toll be worse than the consequences of our current policies?

On the other hand, how many 7-11 clerks have been shot by cigarette addicts cleaning out the cash register to pay for their fix? How many governments are corrupted by the trade in illicit alcohol?

It’s time to reconsider the havoc we wreaked with our “War on Drugs.” It is a war every bit as successful as the one we waged on poverty, and both “wars” have done more harm than good.

This is not to excuse or promote drug addiction. We must recognize the limits of what can reasonably be done by mere human beings. Attempting to stifle the addictive aspects of human nature is an exercise in futility. We simply cannot do it.

Go ahead and flame me. But remember this: when Johnny Dopefiend pays for his latest fix, his money eventually works its way into the pockets of Abu Musab al-Zarqawi and his comrades in jihad.

Is this what we want? 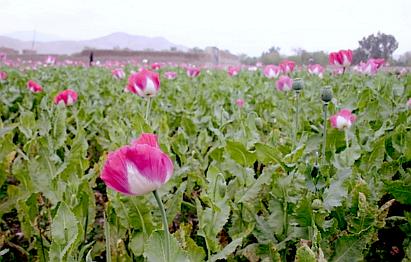 42 thoughts on “Jihad and the Dope Trade”