Posting has been light today, for two reasons. The first one is that I’ve been doing real work (i.e. a programming job that pays actual money), and it’s been occupying most of my time. This is good news for Schloss Bodissey, but bad news for the readers of this blog. 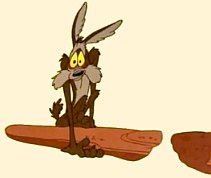 The other reason is that late last night Dymphna decided that the floor needed to be taught a lesson, so she smacked it a good one with her knees, elbows, and wrists.

Here’s the story: while she was sitting there, her foot and leg had gone to sleep without her realizing it. When she stood up, “it felt like ginger ale”, as she said later. The leg went out from under her, and then she had a close encounter with the linoleum.

Her little notebook computer was in her hands at the time, but it actually sustained less damage than she did. She is recovering nicely now, but is still experiencing pain at several major structural intersections. I had to drive into town this afternoon to buy her a wrist brace.

Not to worry — she’ll be back to normal soon enough. However, given that she has fibromyalgia and PTSD, a trauma of this magnitude leaves a somatic aftershock that continues for awhile. What she needs now is plenty of sleep. Her body seems to know that — I’ve been keeping an eye on her, trying to prevent her from sleeping through the entire afternoon and evening, because I’m afraid she’ll be awake all night if she does.