Our Norwegian correspondent The Observer took exception to Svein Egil Omdal’s unpleasant attack op-ed about Fjordman that was published in Aftenbladet yesterday and mentioned in last night’s post about the obsession with Fjordman in the Norwegian MSM.

Below is The Observer’s response.

It is amazing to contemplate the viciousness and pure evil that the intellectual elites in Norway are capable of exhibiting whenever someone dares to step out of line and break the unwritten rules.

Even now, a year and a half after the worst terrorist attacks in Norwegian history, they still haven’t come to terms with the fact that the person who carried out the atrocities and carries the sole responsibility for it is locked up in a nice cosy Norwegian prison cell. That the terrorist has been tried and convicted is to them completely irrelevant; they still want Fjordman’s head on a platter, regardless of the fact the he is innocent and had absolutely nothing to with the terrorist attacks. 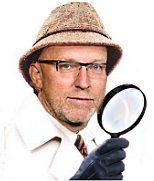 The righteous ones are determined to keep at it until they succeed, and they are not showing any signs of slowing down. The vicious attacks have been unrelenting and the latest nasty hit piece which is just one of several dozens is penned by Svein Egil Omdal who is a journalist working for Stavanger Aftenblad. Yesterday Omdal wrote a particularly nasty one that is so thoroughly vile and filled with false accusations and hatred that it is even horrid by Norwegian standards — and that says a lot.

Omdal is virtually unknown outside of Norway, and that is probably one of the reasons that prompted him to carry out a virtual character assassination of Fjordman. Unlike Fjordman, who has managed to achieve international fame and recognition in a relative short period of time, Omdal has never managed to escape the tiny journalistic fishbowl which is the Norwegian media and make a name for himself abroad. Given Omdal’s huge ego, this must have been very hard for him to accept.

So let’s take a closer look at the journalist Svein Egil Omdal, the man who is working so hard to smear Fjordman and link him to the worst terrorist attacks on Norwegian soil in modern times…

For those who don’t know, Svein Egil Omdal is the Norwegian media’s answer to Inspector Clouseau. He’s a pompous little so-and-so who sees himself as the Sherlock Holmes of the journalistic world and believes that everything that comes out of his mouth is pure unadulterated nuggets of wisdom. And, like most people with a super-inflated ego, he doesn’t like to be corrected or criticized, so it must have been unbearable for him when Fjordman exposed him as the self-important impostor that he really is, in an article at FrontPage Mag a couple of months ago. In fact, I’m confident that that particular article is the main reason for Omdal’s latest hit piece. For Svein Egil Omdal, it’s payback time, and it’s personal.

Omdal’s self-image must have taken a big hit when Fjordman exposed him as an intellectual lightweight on an international news site written in English for the entire world to see. It must have hurt pretty badly, because Omdal practically broke every single rules of the Norwegian media code of ethics when he wrote the nasty article about Fjordman — which is hard to believe, considering that Omdal was actually tasked with overseeing and enforcing these ethics only a few years ago. The recent release of a new book on the European extreme right which included a chapter about Fjordman was all that Omdal needed to get his revenge, and he grabbed the opportunity with both hands.

Given Omdal’s overbearing animosity towards Fjordman, this may sound strange, but I suspect that Omdal secretly wishes that he was the Norwegian Left’s version of Fjordman, and that he was able to gain the recognition that comes with such a status.

I believe that Omdal dreams about being asked to write witty guest-essays for Huffington Post and receiving invitations to appear on the John Stewart Show and bask in his own self importance. But, unfortunately for Omdal, he simply hasn’t got the talent and is thus limited to writing for a regional newspaper with a very limited readership based in a tiny little Norwegian provincial city. Most of the locals who read his pretentious op-eds and editorial — which I’m sure he has spent many a night fine polishing until they are exactly right — simply think he’s a sorry nobody with an inflated ego. I haven’t encountered a single op-ed written by him for Aftenbladet where at least half of the comments haven’t been scornful, derisive and of a mocking nature. I actually posted a lengthy sarcastic comment on a piece where he sulked over the Osama assassination. My comment was initially published, but when I logged on the following day all comments had been removed. I suppose Svein Egil didn’t like the feedback he was receiving.

Another one of Omdal’s problems, and this is a major one, is that he honestly believes that he is morally superior and smarter than the people around him. Maybe that’s why he decided to write an op-ed in Aftenbladet in 2007 in which he suggested that the Norwegian authorities might want to look more closely into who was behind the 9/11 attacks in NYC. As Omdal so shrewdly concluded at the end of his op-ed: what if Bush was behind the attacks and not Osama bin Laden?

I wouldn’t be surprised if Omdal secretly believes that 9/11 was an inside job. He became very upset when US Navy Seals eliminated Bin Laden in Pakistan in 2011. This prompted Omdal to write an editorial in which he accused the US of engaging in criminal activities by not bringing the ‘virtuous’ Bin Laden back to the US to stand trial. Omdal’s message to the US was that even a man like bin Laden has human rights.

And that’s the way the brain of Svein Egil Omdal — the Norwegian media’s answer to Inspector Clouseau — works. In his world anything that can be construed as support for the right to defend oneself becomes ‘incitement to violence’. The repatriation of Muslims who are unwilling to embrace Western values becomes ‘ethnic cleansing’ and ‘holocaust’ all rolled into to one. Strangely enough, Omdal labels those Norwegians who are being displaced and ethnically cleansed by non-Western immigrants from certain urban neighbourhoods and dare to say so as ‘racists’ and ‘fascists’, but at the same time he praises those that are responsible for this displacement, which of course is Inspector Clouseau logic — or Svein Egil Omdal logic, if you prefer.