“It’s happening before our very eyes.”

Today was “Free Tommy Day” in the UK and several other Western European countries.

The main event was a demonstration in front of Wandsworth Prison by supporters of the English Defence League on behalf of their imprisoned leader Tommy Robinson, a.k.a. Stephen Yaxley-Lennon.

Simultaneous demonstrations and vigils in solidarity with the EDL were held in Berlin, Hamburg, Düsseldorf, Vienna, Paris, and other locations in Western Europe.

Below is a video of the crowd in front of Wandsworth, featuring a speech by Debbie Lawson, one of the EDL Angels:

I’m told that Tommy spoke to EDL leaders by phone afterwards and told them he could hear the singing from his cell in the prison.

Elisabeth Sabaditsch-Wolff spoke at the vigil for Tommy held in front of the memorial for the victims of the Gestapo in Vienna. Many thanks to Vlad Tepes for uploading this video:

The inscription on the memorial reads:

This was the house of the Gestapo
It was hell for those who stood for Austria
For many it was the forecourt to hell
It sank into ruins like the Thousand-Year Reich
But Austria rose from the dead, and with it our dead people, the immortal victims 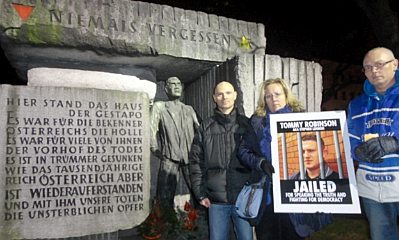 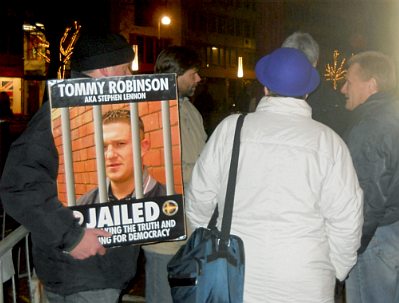 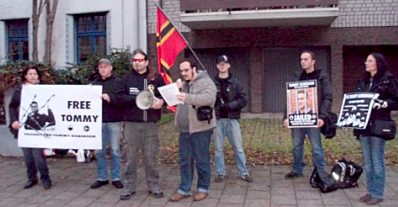 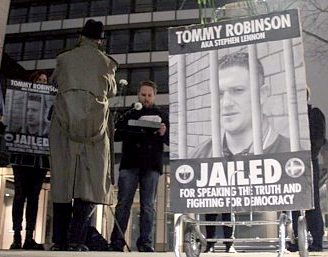 “Free Tommy” vigil in Paris (Alain Wagner with a loudhailer at the statue of Sir Winston Churchill): 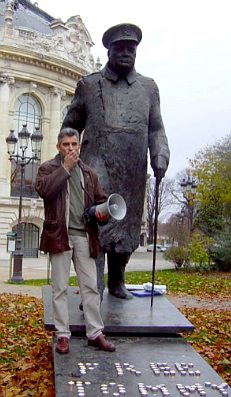 I’m expecting a write-up of the demo at Wandsworth Prison, with luck by tomorrow.