I returned a little while ago from the heart of Gomorrah, a.k.a. Washington D.C., Our Nation’s Capital. While I was up there, I got the chance to touch base with three good friends, Dr. Andrew Bostom, Major Stephen Coughlin, and Diana West: 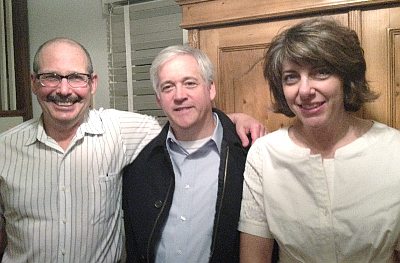 The Center for Security Policy presented a panel discussion this afternoon at Hillsdale College in Washington, DC featuring these same three people as their expert panelists. Below is a video of that discussion:

The program for the event was posted earlier today at the CSP website:

Benghazi: U.S. Foreign Policy and the Influence of Shariah Doctrine

Mr. Gaffney said: “Now that the 2012 election is behind us and Congress is back in town, legislators must drill down not simply on the details of what happened during and following the murderous terrorist attack in Benghazi last September. They must examine that event as a microcosm of — and teachable moment concerning — the Obama administration’s pro-Islamist policies that gave rise to it. Getting answers to the questions our panel has posed will do much to shed light on both.”