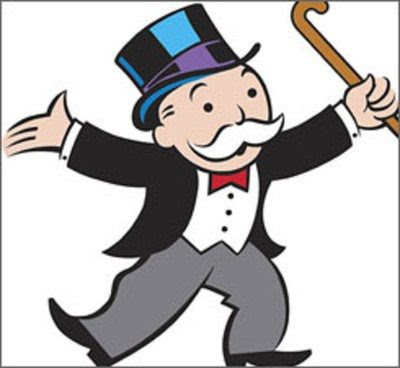 We have no idea where this originated. It arrived in our email sans a URL. If our readers have any information on its pedigree, we’d be glad to update this witty (and somewhat alarming)…allegory, perhaps? Whatever category you choose for the tale, certainly it is the most succinct and accessible explanation for the meltdown – oops, mixing metaphors again. But then, no one can tell us if the future is going to be Chinese water torture-type erosion (yeah, waaaycist too) or a financial Armageddon.

Thus, we present for your entertainment and edification,

A Dummies’ Guide to What Went Wrong in Greece and Therefore, in Europe

Helga is the proprietor of a taverna in Greece. She realizes that virtually all of her customers are unemployed Greek alcoholics and as such, can no longer afford to patronize her bar. To solve this problem she comes up with a new marketing plan that allows her customers to drink now, but pay later.
Helga keeps track of the drinks consumed on a ledger (thereby granting the customers’ “loans”).

Word soon gets around about Helga’s “drink now, pay later” marketing strategy and as a result, increasing numbers of customers flood into Helga’s bar. Soon she has the largest sales volume (but no actual money) for any bar in town.

By providing her customers freedom from immediate payment demands Helga gets no resistance or complaint when, at regular intervals, she substantially increases her prices for wine and beer – the most commonly consumed beverages.

Consequently, Helga’s gross sales volumes and paper profits increase massively. A young and dynamic vice-president at the local bank recognises that these customer debts constitute valuable future assets and increases Helga’s borrowing limit. He sees no reason for any undue concern, since he has the debts of the unemployed alcoholics as collateral…

He is rewarded with a six figure bonus for being a clever little banker.
At the bank’s corporate headquarters in Athens, expert traders figure a way to make huge commissions, and transform these customer loans into DRINKBONDS. These “securities” are then bundled and traded on international securities markets in Madrid, Dublin, Rome and Berlin.

Naive investors who buy into these DRINKBONDS don’t really understand that the securities being sold to them as “AA Secured Bonds” are really debts of unemployed alcoholics. Nevertheless, the bond prices continuously climb and the securities soon become the hottest-selling items for some of the leading brokerage houses across Europe including London.

The traders all receive a six figure bonus.

One day, even though the bond prices are still climbing, a risk manager at the original local bank in Greece decides that the time has come to demand some kind of payment on the debts incurred by the drinkers at Helga’s bar. He therefore informs Helga. Helga is in turn then obliged to demand payment from her alcoholic patrons but, being unemployed alcoholics, they cannot pay back their drinking debts. Since Helga cannot fulfill her loan obligations to her local bank she is forced into bankruptcy. The bar closes and Helga’s 11 employees lose their jobs.

Overnight, DRINKBOND prices drop by 90%. The collapsed bond asset value destroys the bank’s liquidity and prevents it from issuing new loans, thus freezing credit and economic activity in the community. This contagion rapidly spreads upwards to the parent bank in Athens and the bank collapses.
These local and national financiers of Helga’s bar had granted her generous payment extensions and had invested their firms’ pension funds in the DRINKBOND securities. They find they are now faced with having to write off her bad debt a losing over 90% of the presumed value of the bonds. Her wine supplier also claims bankruptcy, closing the doors on a family business that had endured for three generations; her beer supplier is taken over by a competitor, who immediately closes the local brewery and lays off 150 workers.

Fortunately though, the bank, the brokerage houses and their respective executives are saved and bailed out by a multibillion Euro no-strings attached cash infusion from the government in Berlin.

All these bankers and brokers involved in the “Rescue Plan “receive a six figure bonus.

The funds required for this bailout are obtained by new taxes levied on employed, middle-class, non-drinkers who’ve never been in Helga’s bar. Most of them don’t even live in Greece.

Now do you understand?