The mujahideen of North Africa are again threatening the Iberian Peninsula. They have renewed their vow to reclaim the lost territory of al-Andalus (Islamic Spain), a goal that has obsessed the Ummah since Islam was driven from Iberia in 1492.

Our Spanish correspondent Hermes has compiled a report on the topic based on Spanish-language sources. It focuses on a terrorist group called Ansar al-Din, which is now planning attacks in Spain.

Snapshot of the website in which the group threatens Spanish cities

Ansar al-Din, a Salafi jihadist group which maintains an alliance with Al Qaeda in the Islamic Maghreb, has again pointed out Spain as top target. Ansar al-Din controls the north of Mali and Timbuktu. It has become powerful by of being one of the groups which obtained the largest quantity of weapons from the Libyan arsenal after the fall of Khadafi. The threat against Spain came with a photo in which the Salafists showed boxes of weapons and explosives with the seal of Misrata, stolen from the headquarters of Khadafi

Ansar al-Din (the defenders of the Islamic religion) has published a statement which was intercepted by the State Security Forces, and in which they point out four Spanish cities as targets: Granada, Valencia, Seville and Cordoba. The text of this statement explains that “they want to free these four cities which were once governed by Muslims”, and “restore Al-Andalus”.

Apart from the marked targets, which once again are Spanish, this group gives concern to the police because it has become powerful through acquiring so much weaponry from the Libyan arsenal after the fall of Khadafi. The threat against Spain arrived with a photo which the Salafists took of themselves on a truck full of explosives stolen from the headquarters of Khadafi in Misrata. 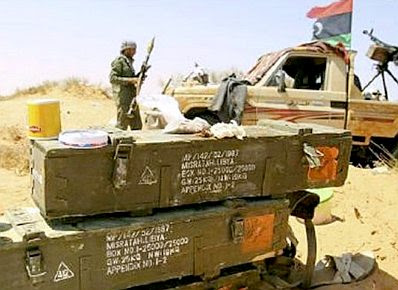 Terrorist photographed with the weapons stolen from Misrata


The State Security Forces engaged in the fight against the radical jihadists give total credibility to this new statement from Al Qaeda in the Islamic Maghreb. After having intercepted and studied it, the conclusion remains the same: Spain is one of the top targets of the terrorist organization, and that AQMI remains one of our most significant menaces.

For her part, the government representative in Andalusia, Carmen Crespo, did not give much importance to this issue and pointed out that “what the government is concerned about is to work in order to ensure that the Islamist groups will not be able to take action, either in Spain or the rest of Europe.”

In this way, she said that the State Security Forces “investigate and are very aware in order to detect any cell or person involved”. According to her, this statement “has little to do with the reality in the country”, because “Spain is Spain, and here everybody has his/her place, because we welcome people, but what’s clear is clear.” Finally, she remarked that the government “is working to prevent the actions of the radical Islamist groups, and work is being done regarding investigation and prevention.”

AQMI still has its headquarters in Mali

AQMI still has its headquarters in Mali. The lawless desert of Mali is the main bastion of the Salafists, who have been maintaining their bases and training camps there for decades. There’s concern that AQMI has rearmed itself with weapons and explosives from Libya, which they have begun to use in countries such as Nigeria and in attacks against Christians. The route they followed in order to carry the weapons was Libya-Niger-Mali, and they were moved by road on trucks.

The missiles and the explosives arrived in Mali thanks to the Tuaregs and the mercenaries of AQMI, who carry the military material in trucks under the disguise of security convoys in exchange for money. Some trucks were intercepted in Niger in their way to Mali with missiles and explosives

Recent police reports to which radio SER had access point out that this branch of Al Qaeda in North Africa has among other things “long range missiles and a very destructive kind of military explosive known as semtex”. This is a plastic explosive of general use preferred by terrorists because it is extremely difficult to detect and easy to obtain. It is one of the best methods to blow up planes, and one of the big challenges of AQMI, because just 250 kg of this explosive are enough to destroy a civilian plane. Between 1975 and 1981 Libya bought more than 700 tons of semtex, which are even now in good condition.

Al Qaeda in the Islamic Maghreb continues to be very active in Algeria, Mauritania, Niger and Mali. According to recent police reports, their goal is to continue to spread in the Sahel and the rest of countries in the Maghreb

Ansar al-Din (The Followers of Faith) is an Islamist group created in Mali, which wants to impose Sharia law in that territory. Its leader is Ag Ghaly, a prominent figure of the Tuareg uprising in the 1990s in Niger and Mali, and who is accused of having links to Al Qaeda in Maghreb. 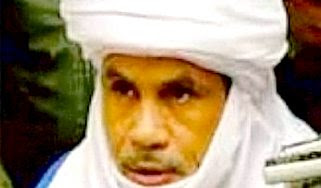 
The group declared in March that it had gained control of the northeast regions of Mali, near Algeria. France asserts that Ansar al-Din executed 82 soldiers captured in that zone of the country, and described their tactics as “characteristic of Al Qaeda”.

The BBC stated back in April that the group was beginning to implement their interpretation of Sharia in the city of Timbuktu. In a radio interview with its leader Ag Ghaly, he announced his intention to make it compulsory for women to wear the veil, to stone adulterers and to mutilate thieves. He drove the Christian population of Timbuktu to leave the city.

On May 4, Ansar al-Din was accused of having burned the tomb of a saint in Timbuktu, a site which had been declared a world heritage site by the UNESCO. The explicit threat to Granada and other Spanish cities such as Valencia, Seville and Cordoba is the first threat of international scope made by the group, which up until now limited its actions to gaining control of Mali.