A large amount of Western currency flows into the Muslim Middle East. Not just petrodollars and remittances from those on hijrah overseas, but also in the form of zakat, the mandatory percentage of “alms” that is levied on halal products and shariah-compliant financial transactions.

In a shrewd move — given the imminent inflation of at least three of the world’s major currencies, including the dollar — an Indonesian sultan has decided to mint Islamic gold and silver coins to be used in the payment of zakat. Not only does his initiative fulfill the requirements of Islamic law, but it will also sidestep the collapse of the world’s reserve currency.

In addition, he’s anticipating the re-emergence of the Caliphate: “The return to the collection of zakat in gold and silver is an essential part of the re-establishment of Islam.”

Our Spanish correspondent Hermes has translated the following post from WebIslam:

The Sultan of Ternate re-establishes the Mu ’Amalat.

The Sultan of Ternate in the Moluccas, Indonesia, will start to coin through the World Islamic Mint the sultanate’s golden dinar and silver dirham, to be used in the payment of zakat and circulated as a alternative currency to the Indonesian Rupee. 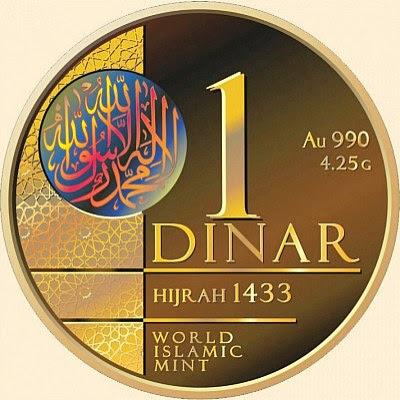 His Highness Syah Mudaffar II, the Sultan of Ternate, one of the oldest sultanates of Indonesia, signed an agreement on 19 April with the World Islamic Mint in order to launch the introduction and distribution of the golden Dinar and silver Dirham in the Sultanate. Amidst local festivities and surrounded by his council, local authorities, representatives of state and delegations from countries such as Italy, Ecuador, Spain and Malaysia, Sultan Mudaffar II announced his intention to restore the payment of zakat, a compulsory tax on non-circulating wealth and one of the five pillars of Islam, in the sultanate’s own gold dinars and silver dirham rather than rupees or any other currency. He said that these coins represent the first step against riba (usury) and are traditional currencies of the Ummah which follow the rules of Islamic law regarding their purity, equivalences and uses.

This is a non-speculative currency with a real, inflation-free and universal value which breaks with the imposition of an international financial system based on transactions in order to prevent real freedom of trade and choosing of currency. 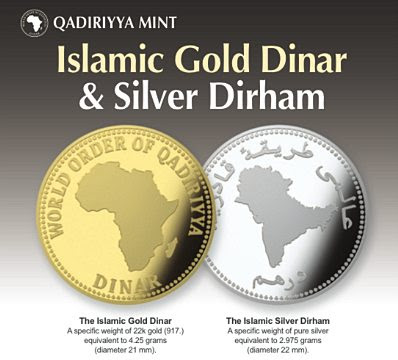 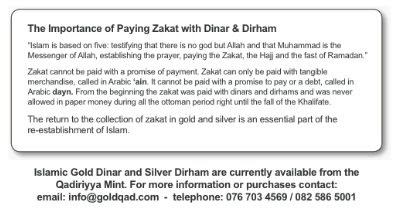 The statement was received with surprise, interest and skepticism by those present, some of whom stressed in their speeches the need to “study the matter carefully, as the rupee is the official currency of the Indonesian state.”

The Sultan enjoys enormous popularity due to the tradition, religion and the special connection that exist between the institution and the people. The Sultan is the first defender of his people and acts as its protector against the institutions of the state. No wonder that the Sultan of Ternate’s wife is the senator of the Democratic Party of Indonesia.

In the midst of an unprecedented global financial crisis, the currency based on gold and silver is seen again as a viable and necessary alternative to the devalued paper currency that has lost the confidence of the people. Politicians are unable to give answer with their monetarist and credit maneuvers. Meanwhile, the economies of Western countries will collapse and drag emerging countries with them. Financial speculation has been the engine behind the collapse of the global economic system. Knowing this, many countries in Africa, Asia and even America are considering the introduction of alternative currencies, from the return to plain gold to the introduction of traditional precious metal coinages. The movement for the Dinar and Dirham has therefore arrived in the economic playground in a good time for acceptance and rapid expansion.

6 thoughts on “Zakat: Returning to the Bimetallic Standard”