Today is the Feast of St. George, and Paul Weston has written an essay at the British Freedom website in honor of the occasion. 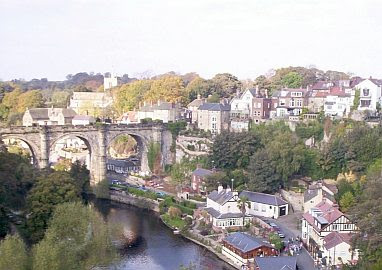 On Being English
by Paul Weston

Despite the fact that British Freedom believes in our 300 year-old union, I will make an exception allowed by St George’s day to write specifically about England — and I write as a proud Englishman.

I will not bore and depress you with details of the many anti-English forces acting against us. Rather, I will outline just why Cecil Rhodes so memorably stated that ”To be born an Englishman is to win first prize in the lottery of life.”

When the world twice descended into warfare and savagery over the last century, the English were on the right side. We were instrumental in defeating Kaiser Wilhelm’s imperialism and we stood alone when we declared war on Adolf Hitler’s Germany — whilst Adolf himself dreamed only of an Anglo-Germanic empire.

Even in war, we retained our decency. The Quisling left will mock this, of course, but by which side would a surrendering soldier prefer to be taken prisoner? The English, of course. Not for us the inhumanity of the SS, be they German or Lithuanian. Not for us the death camps of the Japanese and not for us the Russian rape of Berlin women. And why not? Because we are English, that’s why not.

After the War, when the left-wing Socialists took up where Hitler left off, so the English again came down on the right side of history. Admittedly we had our own Communists/Socialists (just as we have today, personified by the UAF, Hope Not Hate etc) but not for us the Gulags, the torture, the genocide, the shattered lives, the broken families, the destroyed infrastructure and environment — for us it was still Farmer Giles in the countryside, still the boisterous workingmen’s clubs and still the bowler hats and umbrellas in the city.

And what of Empire? Well, whether one agrees with Empire or not, there can be no argument that after Independence the countries which retained our democratic and judicial systems went on to forge their successful way in the world. Some chose to discard our values and became pestilent hell-holes such as Somalia, some never had the good fortune to be ruled by us and were consequently unable to prosper. What is the difference between hellish Haiti and bountiful Barbados? Simply put, English values.

Whilst on the subject of empire and colonialism, I have a quick question for the liberal/left: Why is it considered racist to colonise other people’s countries, but also racist to resist the colonisation of one’s own country? If this question can be answered without mentioning self-hatred, anti-white/English hatred or treason, I would love to hear your polite and well argued thoughts…

An Englishman was responsible for the abolition of slavery. The zeal of William Wilberforce drove this accomplishment, enforced by the Royal Navy, and although we are still blamed for the evil practice, not enough is said to our schoolchildren about our role in stopping it, nor about the role played by Arabs in their attempts to continue it. How many schoolchildren are aware that Saudi Arabia only signed up to the abolition of slavery in 1973?

The free world owes everything to England. The Anglosphere, the English-speaking nations — consisting of America, Canada, Australia and New Zealand — are all rooted in the values of England. They represent freedom, liberty and wealth — attributes not in plentiful supply in much of the world where English values have had little impact.

These English attributes are made manifest in the Third World. The schools, the charities, the infrastructure projects, the doctors and the volunteers — not all English of course, but from the Anglosphere in the main, all driven by a sense of fair play, decency and altruism, and again derived in the main from ancient England.

Football, cricket, tennis, rugby, snooker — invented by the English and taken around the globe. Again, there is no doubt the liberal/left will sneer at this, but with English sport came the underlying ethos of bravery, sacrifice, teamwork, honesty and fair play, all combined to foster the basic ideologies imperative in fully functioning, free and democratic nations.

And what of the modern world? The English built it. The industrial revolution began in England and enabled the Anglosphere to progress from subsistence for the masses to affluence and lifestyles the rest of the world could only dream of. The inventions and the inventors behind so much of what we take for granted today came from us, from the English, from England.

When Prime Minister John Major reflected on his country, he was subjected to ridicule, but what he said resonated with the majority of English people, the main exception being the liberal/leftists whose central role in life appears to be the destruction of all that we hold dear.

What is England? It really is cricket matches on drowsy summer days; football and rugby matches in the pouring rain; drinks and jokes around a blazing fire in an ancient pub; the magnificent architecture in our cities; Richmal Crompton’s “William”; the rolling hills of Devon on misty mornings; the ancient churches in the smallest of picturesque villages; the orderly queues; the museums; the love of animals; P G Wodehouse; thatched cottages; the gentle calm of the people; the green fields of England viewed from the aeroplane after a holiday in sunnier climes; the cheerfulness and stiff upper lip; ancient hedgerows; stoicism; Remembrance Sunday; irony and gentle humour; aristocratic eccentricities; the seasons, torrential autumnal rain and the first real day of summer; ancient Regimental flags in cool and calm churches; the first sea of bluebells and daffodils; the fanfare of royal events; picture perfect fishing villages; our ancient and unbroken history; Magna Carta; Common Law; the Royal Tournament; the bravery and efficiency of our armed forces; the Lancaster, Hurricane, Spitfire flypast; the growl of the Merlin Engine; tea shops in the Cotswolds; dry stone walls; fields filled with cows and sheep; parks and village ponds with ducks and geese; Freedom, Liberty, Order, Manners, Civility, Efficiency, Decency and Morality.

I appreciate that there are exceptions to some of the above, that aspects of which I speak have already passed away at the insistence of “progressive” policies, and that the English and England are not without guilt over some aspects of their history, but today is St George’s day, so please allow me a level of jingoism unfettered.

We, the English, built the modern world in all its inherent decency, freedom, tolerance, morality, fairness, forgiveness and altruism; its richness in art, music, literature, dance, finance, technology, science, philosophy and medicine. But most importantly, to a brutal world with an almost perpetual history of savagery, we brought liberty and freedom, paid for with the blood of our young men who made the ultimate sacrifice for its continuation.

When weighed on the scales of history, England can only be judged as a very special country. My immediate ancestors fought for England and we cannot allow our present day clutch of traitor class politicians to hand over our bloodily defended freedoms and sovereignty to unelected politicians in Europe, all seeped in the self-same Socialist ideology that has inflicted so much human misery and suffering over the last century.

How dare our liberal rulers disparage our English values and culture, values that allow them to live their lives in peace?

How dare they invite in and appease the political/religious ideology of Islam?

How dare the Muslims display their base ingratitude and pathological temerity when they call upon us, to bend to their barbaric ways?

How dare these followers of a 7th Century desert warrior look at our decency and our tolerance as symptoms of English weakness to be duly exploited at our children’s expense?

We cannot let them. England is too important to be erased from the pages of modern history. The English are too valuable a people to allow this to happen. When I write of England, it may well be through rose-coloured glasses, but to me all of the above is England, it is my England, it is your England, and once again, history beckons us to defend it.

49 thoughts on “On Being English”