Gates of Vienna is pleased to welcome Eliana Benador as a new contributor. Ms. Benador has previously published articles at Right Side News, among other places.

Her first contribution here concerns the various actions by President Obama that have promoted Islam and abetted the spread of shariah all over the world, but especially in the United States.

“You can always count on Americans to do the right thing — after they’ve tried everything else.”

It all started with an unhappy America. And, Americans were right. But, the solution has proven worse than the problem.

The case of Major Nidal Malik Hasan has revealed a flagrant abuse of power by the Obama administration and its Department of Defense. The American-born Palestinian Hasan joined the Army and seems to have continued his college studies in the Army until he became a psychiatrist at Fort Hood, Texas. Hasan admired the terrorist leader Anwar al-Awlaki, with whom he had emailed in a quest for advice about violence — and al-Awlaki “blessed the Fort Hood massacre because it was against a military target.” Hasan was also praised by Al-Qaeda’s spokesman who considered him a “Mujahid brother,” a “pioneer, a trailblazer and a role-model.”

In the attack, Hasan killed 13 military personnel and wounded 32. A Senate report considered it “the worst terrorist attack on U.S. soil since September 11, 2001.”

General Jack Keane testified with utmost clarity before a Senate committee “… just how unacceptable the military’s failure to deal properly with Major Hasan’s radicalization to violent Islamist extremism was.” And that “…the report’s conclusion that Hasan’s open displays of violent Islamist extremism was a violation of military rules calling for good order and discipline.” General Keane also mentioned what he believed to be “…some of the obvious signs [for which] Hasan should have been discharged…”

However, despite General Keane’s efforts, the FBI and the U.S. Army inexplicably determined that Hasan acted alone. Purposefully closing their eyes to conspicuous evidence to the contrary, they pretend they have not found any evidence of links to terrorist groups. When Hasan’s communications with Awlaki, targeted in 2010 as a dangerous Al Qaeda leader, were evaluated, against all signs to the contrary they concluded that they posed no threat at the time.

And, to crown the whole maneuver, Attorney General Eric Holder made a controversial decision: not to charge Hasan with terrorism. The nation wondered why Hasan should not be called a “terrorist”. Thus Hasan has so far been charged with 13 counts of premeditated murder and 32 counts of attempted murder.

In time, Obama called this massacre “work place violence,” which meant that the victims or their survivors were not to be awarded the Military Order of the Purple Heart — because in order to receive it, members of the armed forces of the United States, must be wounded by an instrument of war in the hands of the enemy… Which was the case. But this determination was nullified by Obama’s declaring it “Workplace Violence.”

Obama Asked NASA Director to Reach Out to Muslim World

When, in 2010, NASA Administrator Charles Bolden told that Obama’s first priority for him, was to reach out to the Muslim world “to make them feel good about themselves,” according to a former head of NASA who was not happy at all with the situation.

After all, what ignoramus could come up with such an idea, to give outreach to Muslim countries as a priority to the head of the leading space exploration agency in the world!?

Time has passed, and Obama’s agenda has only strengthened. Until Obama arrived with his “Muslim Priority,” NASA had been one of the very best outfits in America. Certainly, as such an entity, NASA has to collaborate with other countries. But what is there in the Muslim world that could possibly be useful to NASA? As former NASA director Michael Griffin said: “There is no technology they have that we need.” That says it all.

The next item in Obama’s agenda was fulfilled when in 2010, when he cancelled the Constellation Moon Program, which was supposed to take humans back to the moon.

The cruel attitude of the current president of the United States against our military men is now more comprehensible. At the time when the Navy Seals captured Osama Bin Laden in May 2011, it was with dismay that we saw how casually a president unveiled the existence of Team Six, one of the most highly trained elite counter-terrorist teams in America. In hindsight, though, it now seems it could have been part of a plan to jeopardize the existence of what was until then the highly sophisticated, completely unknown Navy Seals Team Six. Only an anti-patriotic man could have done something like that.

After that presidential betrayal, a Taliban attack in Afghanistan shot down a helicopter transporting 30 people. And with it 22 elite counter-terrorist soldiers from the Navy Seal Team Six died.

Most certainly, not a coincidence.

Naturally, it is wrong to kill people. But it is also wrong to push our wounded warriors in active service beyond what they possibly can handle. After two deployments to Iraq and being seriously wounded, Sergeant Bales should not have been sent to Afghanistan. Period.

They did not wait long — a week after the tragedy — to officially charge him with 17 counts of murder, among other charges.

In yet another unprecedented move, recent news have announced that NATO has agreed to Afghanistan’s demands to have the soldiers who burned the Korans face trial. This suggests that members of the American military could be handed over to an Afghan system that imposes Shariah-related penalties, which include beheading, stoning, mutilation, and much more of the same kind of punishments.

Meanwhile, in a PBS interview, a representative from the Islamic Center of Southern California, said if the Koran was in a state of “disrepair”, then it was acceptable to burn it. And, they do that out of respect, as said the representative.

As such, they would forgo the constitutionally-required declaration of war.

At that point, General Dempsey indicated that “international permission “rather than Congressional approval” provided a ‘legal basis’ for military action by the United States.”

Is that also why Obama did not wait to have Congress approval to take us to war in Libya?

By subordinating America to the rule of the United Nations and NATO, American troops have become almost nationless. Whenever there is an attack and there are casualties, we are told that “NATO” soldiers have been killed. As such, whoever is part of the NATO coalition is unable to think offhand who could actually have been killed.

In essence, American families have been removed from the fates of their men and women — who they are willing to sacrifice to protect “our country” when the reality is that — unless Obama is urgently impeached and removed even before elections — American soldiers are serving the “global” entity. And they will be dying not for the country and people they love, but for a treacherous enemy that is infiltrating their country during their absence.

The United Nations High Commissioner for Human Rights adopted the resolution “Combating Defamation of Religions,” on March 30, 2007. Which was among the first veiled signs of what was later going to be known as Defamation of Religion Resolution, which has been an issue repeatedly addressed by some member states, mostly Muslim countries, of the United Nations (UN) since 1999.

While various non-binding UN resolutions have condemned the “defamation of religion,” it was mostly the motions sponsored on behalf of the Organization of the Islamic Conference (now the Organization of Islamic Cooperation), the group of sharia-abiding Muslim countries, which have aimed to prohibit expression that would “fuel discrimination, extremism and misperception leading to polarization and fragmentation with dangerous unintended and unforeseen consequences.” Naturally, Islam was mostly what they had in mind.

Islamic countries were concerned that “Islam is sometimes associated with terrorism and human rights violations”, though unsurprisingly, especially after the multiple-massacres perpetrated by 19 Muslim terrorists screaming “Allahu Aqbar” against the Twin Towers in New York City, the Pentagon in Washington, D.C. and in Pennsylvania. The purpose of the resolutions was to fight Islamophobia.

“Islamophobia” is a neologism which emerged primarily as a creation of a Muslim Brotherhood front outfit, the International Institute for Islamic Thought (IIIT). Abdur-Rahman Muhammad writes in the New York Daily News: “This loathsome term is nothing more than a thought-terminating cliché conceived in the bowels of Muslim think-tanks for the purpose of beating down critics.” And, he writes further: “Muslims are everywhere in this country, doing practically everything. There are Muslims doctors, lawyers and businessmen… There are Muslim soldiers and CIA agents…. “ Indeed.

The author is right. Muslims in this country have been able to establish themselves and blossom in true communities, where even Muslim royals come to attend weddings in lost forlorn little towns that have all but been taken over by… Muslims.

Conclusion: This explains that…

Americans may remember that under Obama’s orders the FBI recently removed every mention of Muslim terrorism from its training materials. This is all part of the plan of submission to the greater power of the United Nations with the support of Muslims worldwide.

And Americans would do well to finally open their eyes to a reality that will not change unless they decide to defend their country and their defenseless men in the military, at the mercy of the wrong leadership whose now obvious allegiance is not to watch over American interests.

So far, every measure taken by Obama and his entire administration has been nefarious for our country.

Our most highly trained and most patriotic men have been massacred as a result of Obama’s purposeful, indirect, silent, but persevering attack against America’s well-being.

Obama’s interests are communism and world domination by Islam. 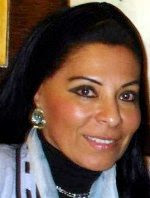 Goodwill Ambassador Eliana Benador is a national and international global strategist and the former CEO and founder of Benador Associates.