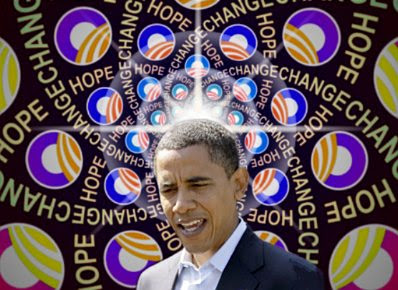 A couple of years ago I discussed the obsession among right-of-center political activists in the United States with Barack Hussein Obama.

At that time there was a constant drumbeat in conservative circles about Obama, almost to the exclusion of any other political topic. The Right focused on the horrible things that the president was doing, or his ineligibility to serve as Commander-in-Chief, or the socialists and communists in his entourage, or his blatant sympathy for Muslim radicals.

However, as I said at the time, Obama is not the problem. He is the symptom of a deeper disease, one that will not be cured by simply kicking him out of office.

The situation hasn’t changed much over the past two years. In some ways the approaching election has just made things worse. Instead of Obama, right-wingers are now focused on the “horse race” among contenders for the Republican presidential nomination. The media gleefully join in the obsession, highlighting every round of intramural fighting as Republicans engage in their time-hallowed quadrennial tradition, the Circular Firing Squad.

Romney… Gingrich… Santorum… or even Ron Paul — why do conservatives think any of these seasoned Washington insiders can delay by more than a nanosecond our country’s headlong plunge towards destruction?

What makes them think any of these suits has a chance of beating Obama?

The president’s policies have not helped the country recover from the Great Recession, and have in fact made it worse. His foreign policy has been disastrous, humiliating America, snubbing its allies, and encouraging its overseas enemies, including the Muslim Brotherhood and the mullahs in Iran. He has insulted and denigrated ordinary Americans by blatantly favoring Islam and shutting out Christians and Jews.

Yet he still enjoys an approval rating of nearly 50%. Occasionally his numbers even spike above the 50% level.

After three years of experience with his policies and his behavior, nearly half the public still regards him favorably.

No, the problem is not Obama.

Part of the problem obviously lies with an American electorate that is so ignorant, so apathetic, or so indoctrinated by the media propaganda machine that it can still support this wretched man as President of the United States.

I look at the Rasmussen polls every day, and the trend line for Obama is always instructive. His star descended steadily for a while, then jerked upwards after the passage of Obamacare. It resumed falling not long afterwards, roughly mirroring the track of gasoline prices. The killing of Osama bin Laden gave the president a boost, but not for long. His ratings continued their downward trend until about six months ago, when they began a modest but noticeable improvement that continues even now.

Hmm. What happened about six months ago?

The more media exposure these party hacks get, the better it looks for President Obama. Based on poll results, the Republicans would be well-advised to stop campaigning right now if they want even a fighting chance of regaining the Oval Office next January.

They’re a sorry bunch, those Republicans.

Mind you, I’m not saying that it doesn’t matter whether Romney or Obama sits in the big chair when Ahmadinejad begins his countdown to Armageddon — it does. I may even be willing to hold my nose yet again and vote for one of those GOP clowns, for that reason alone.

But it shouldn’t have to come to this. There should be a real choice, and there isn’t one. There hasn’t been a real choice since at least 1984.

A majority of Americans opposes the persecution of publicly-expressed Christianity. An even larger majority objects to open borders. More Americans oppose an ever-growing profligate government than favor it. And very few Americans approve of the politically correct nonsense that is shoved down their throats by the federal government, the media, and the educational establishment.

Yet there is never a meaningful political alternative at the national level. Republican or Democrat — it doesn’t matter. We still get more immigration, more calls for “amnesty”, a clueless foreign policy, and federally-mandated diversity education in the public schools.

You can keep the clothespin permanently on your nose, go down to the polling place every two years, and pull the lever by the “R”. But it makes no difference; the person you vote for will keep delivering the same old wheelbarrow loads of crap, decade after decade. The Republicans just wheel the barrow a little more slowly.

And that’s the real problem.

27 thoughts on “Treating the Symptom Instead of the Disease”