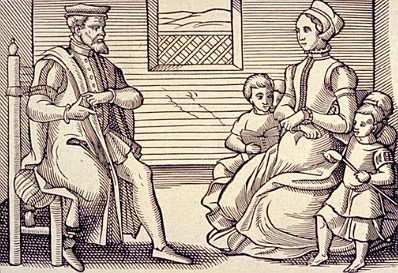 
A response to my initial post for this fundraiser has stayed with me (yes, I do read comments when feeling well enough to sit here). It describes in just a few sentences what I did not articulate to begin with.

… assuming one has the basics for survival, food and shelter, then one can make a good even happy life at any level of income. There may even be a feeling of relief to be forced to switch from managing and warehousing things to a more Spartan life but one that is richer intellectually and spiritually. The best things in life remain free. Poverty of the wallet is nothing compared to the poverty of spirit that all socialist governments cause long before they run out of “other people’s money”.

Precisely. The spirit of poverty was the center of Christian life for untold generations. Honored in the breach more than in the practice, it was still honored. Not until the Reformation and the beginnings of belief in the individual as the summum bonum did poverty begin to lose its appeal. Poverty became more overtly a sign of failure, a moral lack, Job’s just desserts.

Beginnings are always full of hope and idealism, but they soon run aground on the reality of quotidian existence. Martin Luther’s ideas were no different. He aimed to lance the boils of corruption enveloping the Church. Healing the wounds, he thought, would save the structure, but the perfect storm of rebellion he unleashed reached far past anything he could have dreamed. And so he bowed to history and the walls almost tumbled. The spirit of poverty went missing in the aftermath as people turned to material success as an outward indicator of virtue. 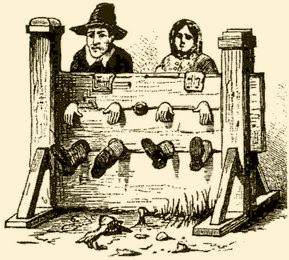 Various Protestant groups did their best to resurrect the spirit of poverty (witness the early Puritans in New England). But like all such grim utopias, the collective spirit of poverty imposed from the top down, inauthentic as it must needs be, led to sloth and starvation. As one Puritan leader said (having failed to notice that an earlier, similar experience in Virginia also crashed badly), industry only works within the individual. Efforts to impose it, even with the magic wand of corporal punishment or the shame of sitting in the stocks, will never work. Has never worked.

The current theories about fairness and redistribution are simply further discordant notes of the same old wrong song. It’s the socialists’ siren song with those undertones of envy and scarcity and futile zero-sum outcomes. Remember the Club of Rome? Some club. More like the stick of the sickly socialist redistribution scheme.

Laine’s notion that being relieved of having to care for too much stuff is spot on. A friend of mine, whom I’ve known since his lean years as a medical resident, is now wealthy and wise. He said after the loans were paid off it was great fun to buy “stuff”… but the game got old within a year or two.

Since history is neither cyclical nor linear (exactly), why don’t we call it recursive? In many ways, we are curving back past the fin de siècle of the 20th century to a time before World War II. Starting in — what? 2007 or so? — people had their stuff snatched away by grim Ms. Fortune, or, thinking les bons temps would roll forever, they indebted themselves into eternity with expensive cars, even more expensive houses, and more “stuff” than they can pack into these McMansions they don’t really own. A frantic, frenetic life.

Nor are modern Christians free of that materialist strain. Look at the mega churches and their mega congregations. Christ chose twelve, and that may be a manageable number for what he planned. Any bigger and you lose the intimacy of knowing and caring well for one another. Any smaller and the work load is too big for everyone.

Two streams of thought here: there is a malign poverty; an institutional artifact set up by a well-meaning government that came to ‘help’ and stayed to destroy the safety nets people had built for themselves. With the full inertia of bureaucracy and crony capitalism pushing this despair onto a trapped citizenry, it’s hard to say if it can be overcome in our lifetimes. However, it darn well may crash of its own corrupt weight. We’ll have to see.

On the other hand, the benign poverty Laine observed, one born of individual necessity and outlook, can serve to bring a younger generation out of the preciously ironic and self-conscious distance they use as a shield against an authentic acceptance of limits. Limits on getting and having, just for starters. Pushing past the fin de siècle hysteria into a calmer place, they may be able to assess necessity and luxury, managing both wisely. At least more wisely than previous cohorts have done: the Me Generation and the You-Can-Have-It-All feminist mistake.

There are indeed certain things the spirit needs, and those things differ for each of us. I dearly love coffee, its smell, taste, and customs. If it disappeared I’d be hard put to replace it. During the Civil War people used chicory, but it wasn’t the same. Coffee is simply one of those gifts for some of us.

So is music. And conversation. And intellectual stimulation. Or maybe those last two are the same — or at least intersect?

But everything can be twisted. I knew a man whose work I edited. He was —is — intelligent, funny, successful by the world’s lights. But he was literally captive to music, imprisoned by it to the point he’d leave his patients sitting on the examining table so he could run down to buy the latest version of some symphony or other. Yeah, he eventually recovered his balance, but for a while it was torture for all concerned…

Here’s a parting thought: in my former marriage, we drove an old car. The more luxurious ones had been either wrecked or repossessed. My spouse was pushing for a rental for “business purposes”. This rental would be a sports car that would assign to him a success he hadn’t yet earned. I asked him if we couldn’t go on with things as they were until we’d saved enough money to buy a car. But he was adamant. A new car was a necessity.

In response to my query about whether it was better to have twenty thousand dollars in the bank and drive an old car or to, in essence, borrow this leased car thereby pretending to the world we owned something we didn’t have, and continue to live on the edge, he responded without hesitation. He chose Door Two.

And thus began, unbeknownst to me, my journey toward the Baron.

Yesterday’s generous people hailed from near and far. More specifically:

Thanks for this international endeavor, y’all. And have a ponderable Ash Wednesday…

10 thoughts on “When Is Enough Too Much?”