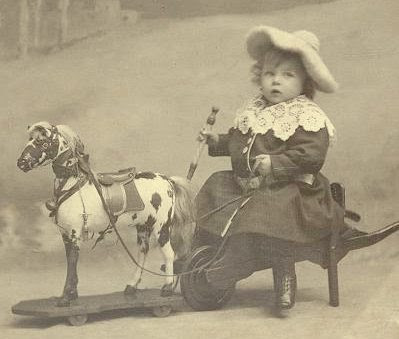 
Here we are at the closing day for our first quarterly fund-raiser of 2012. If the trend in this one is indicative of the whole year, we will be okay. No, not just okay — we’ll be FINE! Both of us are by turns relieved, happy, and encouraged. Let them push up the electric rates by 40% in May [their five-year contract with a supplier runs out then and our electric co-op has been warning everyone]. I’m ready now, thanks to y’all.

Ever since the beginning of the end of our “rich” cycle, I had the sense that something would show up allowing us to continue Gates of Vienna. I presumed it would be another telecommute job, but that didn’t happen. No, I didn’t know what or when or who would permit us to continue, but there was — still is — a sense of being on the right path, even as it has been transformed from a “path” into a much larger thoroughfare. Meanwhile, I’m just as certain we’ll darn well know when this busy road begins to narrow and eventually trails off into the underbrush. Obviously it will be time to pick up another strand of our lives and do something else. But again, at this point, I haven’t any more idea what that would look like than I could have foreseen the transmogrification of Gates of Vienna. That still amazes me.

In this fundraiser, we’ve skirted around the edges of Frugal — it’s the new “in” thing, now that many are busted flat and finding the party’s moved on somewhere else. Surely there can be fewer things more bitter than paying for things one no longer wants or can afford to keep up. But so many people have turned it around and made a virtue out of not having; suddenly it’s less painful. Just as pinched, perhaps, but changing the frame changes the whole scene. I’ve seen a few people do that. 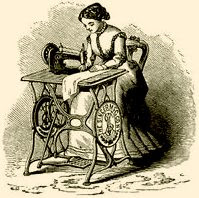 For us, having to buy something presents a problem. I mean, we’re not used to big purchases anymore. As one small example, I’ve been trying to find a reasonably priced bottom sheet for our bed because I have all these top sheets. The bottoms wear out because of the inordinate amount of time I spend there. And they don’t even mend well. However, the darn things only seem to come in sets — two sheets, two pillow cases — and those sets are waaay too much money. So I have all these flat sheets…and I’ve been thinking: people used to use flat sheets for top and bottom. So why not do the same thing? Simply go back to the ways they do it in hospitals. No contoured sheets there & Problem Solved.

A bigger example is trying to find a laptop of some sort that I could use while lying/sitting on the couch or bed. I’ve been thinking about this for a long time because my current laptop is too big and too heavy for that, though it’s a wonderfully serviceable computer. However, it doesn’t make a good bedmate.

A generous donor earmarked a large sum “for Dymphna”. Something to make my life easier, he said. Voilà! The money part of my equation was solved. But the nuts-and-bolts of an actual netbook, notebook — whatever — something light and easy to use, that’s been harder. Too many choices! I’ve been all over the map with this. Looking at ultra lights (oh my heavens) or, at the other extreme, penny-pinching ideas about buying a used model of, say, a netbook. Or notebook. Our friend, Wally Ballou, has been giving helpful advice. Like not spending it all on the computer but putting some into peripherals. Is that the word, “peripherals”? And avoiding the headaches of used electronics.

I have become like Calvin when he found that catalogue full of cool stuff he didn’t know about but now can’t live without. I sympathize, Calvin. I mean, backlit keyboards! Who knew?? But WB says a little gooseneck attachable lamp works just as well. I have a feeling he’s right. My experience with “extras” is that they’re just something else that could break and I usually end up not using them.

In that vein, most of you are aware that we used part of our fundraising money in 2010 to buy a gas cooking range so that we’d have some other form of heat when the electricity failed. [In a wooded, rural area, the lines go down more frequently than they do elsewhere]. It was hard to find a gas cooker that didn’t use electricity to fire up the thing. Duh. But after some searching, we came across the bottom rung of the gas cooker options. And wonderfully for us, there were no added attractions and no electric anything. I don’t need another clock in the kitchen, or any of the doodads you find on modern stoves. As for the self-cleaning feature in our old electric range, I stopped using it when I found out how much it costs to get that sucker up to 800 degrees. And you still had to hand-wash the oven racks. Besides, if you didn’t pre-clean the oven, the burn-off was pretty intense. No, the only thing I miss is the glass door that lets you see how things are going inside the oven. But I don’t miss it enough to pay for it.

So that’s where I am now with this new computer purchase. After flying all over the place like a kid in a candy shop, I’m beginning to eliminate. All I want is to be able to write in bed or on the couch, with my legs not bent in this chair. Oh, and to read a few other blogs. Think of it as resting and writing. I’ve tried writing the first draft by hand and coming to the computer to finish, but something gets lost in the translation and the incomplete essays pile up in my document folder. It is painful not to be able to finish tasks, and demoralizing not to contribute more to Gates of Vienna.

I’ve found that you can’t eliminate some items, even if you know you’ll never ever use those gadgets. Like the webcams built into all of them — they removed the “no thank you” ability from that feature. However, I did find a way to eliminate Power Point (heh). And I can get varieties without DVD players. No way can I listen to music and write. No multi-tasking with ADD, thankyouverymuch. A recipe for chaos.

As we wind up the Bleg, I’ve discovered, through the process of doing it, that the whole Frugal thing is a subject to be returned to again in the future. People’s comments have given me food for thought. I’ll close with Laine again, since he touched on something I’ve pondered for years:

Socialists often assume that the world is a zero-sum game, that every good enjoyed by anyone is necessarily the result of someone else not enjoying it, and that therefore simply depriving one person of the enjoyment of a good necessarily benefits someone else who then will be able to enjoy it.

It was getting past this fallacy, the belief in scarcity rather than abundance that turned me toward conservative economic philosophy. Bastiat, Hazlitt, et al. I have the Baron to thank for that, and also Wally B. again. Both made me see that kamikaze progressive thinking — otherwise known as bleeding heart liberals’(would the Brits say “bloody socialists”?) ruination — was a serious mistake. Eventually going to work in Social Services, wrestling with the problems inherent in three-generation families on welfare was the final turn in my road to understanding why giveaways don’t work…

We’ll come back to this subject of Frugality sometime — from another direction, perhaps. I am grateful to the creative minds that saw through the scarcity tactics of statist thinking to the generativity of the free market. That recognition of abundance is indeed liberating.

So, on this last day of our fundraiser, we had lots of people dropping by. The Baron keeps track of the places:

I keep track of the thank you notes — and I wish I ‘d found a notebook in time to start them whilst lying on the couch. Soon, though…soon.

4 thoughts on “A Gift Horse to Ride On”