George Handlery has posted an essay at Brussels Journal on Hungary’s new 2012 Constitution. As he says,

The international press and the TV stations that serve the world are full of news that pillory an otherwise neglected Hungary. These reports bemoan that country’s new 2012 constitution. The charge is that this legislation creates a dictatorship. It is alleged to empower permanently a two-third majority that is the product of a free election. 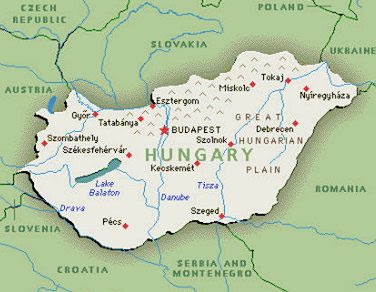 [For one look at the official pushback against this document, see here. Bet you never heard of the Venice Commission, did you? Neither did I. But of course the EU would have in place some watch-dog bureaucracy checking on the constitutionality of members’ constitutions. Given the lack of an electoral mandate for its own constitutional imposition, this kind of heavy-handed oversight is breathtakingly hypocritical. However, just to make sure everything stays kosher — or should I get used to saying “halal”? — the VC is known officially as The European Commission for Democracy through Law. Wow. Even sounds soviet doesn’t it?]

His rhetorical question — Fascism? Or Just Not PC? You Be The Judge — is a query you may enjoy answering after reading the Preamble below the fold.

Mr. Handlery says, “the accusations emphasize only a few themes”, and he proceeds to list them. They are here in the same sequence as in his essay. The only changes made were grammar and formatting (i.e., bulleted lists are easier to comprehend and retain when reading from a computer screen):

There is outrage due to the non-PC nature of the legislation, and opposition to some formulations that are judged as improper…Encouraged by Hungary’s leftist opposition, the EU is contemplating action against Hungary. The investigation and the pre-programmed finding might lead to the suspension of Hungary’s membership in the EU.That conforms to the demand of the Socialists, the Greens and the left-Liberals. Their sister parties happen to be the losers of the elections in Hungary and find that the new constitution impairs their privileges.Indeed, some provisions are not necessarily suitable to be included in a constitution…[…] a reasonable person can also criticize some provisions that make sense by other standards. Nevertheless, some “concerns” are exaggerated.

The so-called “fascistic” preamble, says the author, “is used to raise the charge of authoritarian and chauvinistic rule by reactionary revisionists”. Hmm, that sounds awfully like Hillary Clinton’s description of the VRWC here at home. Has she been cribbing from the EU socialists?

Below is his own presentation of the preamble, which he notes has been slightly edited. He also added occasional explanations in parentheses.

But before you read the document, a word on Mr. Handlery himself.

Here is his bio from Brussels Journal [The link also has information on his other essays]:

George de Poor Handlery is a Hungarian with a complicated/diverse ethnic and language background. He is an historian with a US Ph.D. who has moved back for professional reasons to Europe (Switzerland) in 1972. He has been writing, teaching and lecturing in several languages and countries before and after his retirement.

Given his personal history and experience, this man is obviously keenly aware of the sausage-making that went into the creation of this document. This lends his opinion more gravitas than most of us can bring to the discussion. Also, before you read the preamble, here are a few notes sent by JLH; it was he who provided the link to this post. His brief accounts lend a context in which to read what the Hungarians have decided for themselves. Of the document itself, JLH says:

…yes, it isn’t “We hold these truths…” but it has its own beauty.

Indeed. It is quite straightforward and amazingly un-modern.JLH says of the Hungarian people:

The Magyars were a fearsome force when they first appeared in Europe and still untamed when the declining Austrian empire “sold them a 50% share” for their support in the Dual Monarchy. They are the forgotten first rebels who responded to Eisenhower’s calls to resist the Soviets and were massacred in the streets of Budapest, calling out for help as the tanks poured in. They were the unacknowledged trading partner for Austria before the fall of the Wall. And, as the article noted, they don’t speak an Indo-European language, as do not their closestlinguistic relatives in Europe, the Estonians and the Finns. Three small countries that have been willing to stand up to giants. I have long thought that the true “guts” of Europe live in those three folk and the Czechs and the much-battered Serbs.

I cannot resist one last story that comes from occupied Estonia. The man reputed to be “The Last Free Man In Estonia” was hunted for a long time by the Soviets. He evaded them because of his knowledge of the topography. When they finally caught up with him near a fast-running stream, he dove to bottom, seized a root growing out of the stream bed, and held on until he drowned. Like the Serbs and the Finns, the Estonians understood invasion and repression, but did not cooperate in their own subjugation.

And now to the Preamble of Hungary’s “Refounding” Document. The parenthetical notes were added by Mr. Handlery.

(This is the opening phrase of a very old anthem that even the Communists have used.)

We, the members of the Hungarian nation, bearing responsibility for all Hungarians, declare:

We are proud that our King St. Stephen has, a thousand years ago, placed our country on a firm fundament and that he has made our nation (through his conversion) a part of (Western) Christian Europe.

We are proud of the survival of our country, of its freedom and our ancestors that struggled for her independence. (For long, the Hungarians were called “the rebel nation”.)

We are proud of the outstanding intellectual achievements of Hungarian individuals (such as 14 Nobel prizes).

We are proud that our people have fought to defend Europe (from the Mongols and the Turks) and that it has, through its talent and diligence, contributed to our shared (European) values.

We acknowledge the nation-preserving role of Christianity. We also appreciate the various religious traditions represented in our country. We promise to preserve the spiritual and intellectual unity of our nation that has been torn apart by the storms of the past century. The ethnic groups that live with us are part of the Hungarian political community and are therefore nation-forming factors here.

We accept the obligation to protect and enhance our inheritance, our unique language (Magyar is not an Indo-European language) Hungarian culture, the language and culture of Hungary’s national minorities as well as the nature-given and man-made treasures of the Carpathian Basin. We have a responsibility to our descendants. For that reason, we maintain the conditions of existence of the generations that will be following us through the careful use of our spiritual and natural resources.

We hold that our national culture amounts to a rich contribution to a multi-faceted European unity.

We affirm our respect for the liberty and culture of other peoples and wish therefore to cooperate with all other nations.

We affirm that the foundation of human existence is respect for the dignity of man.

We affirm that personal freedom can only be secured in cooperation with others.

We affirm that the decisive framework of community is the family, and the nation, and that the fundamental values of our sense of community are loyalty, faith, and love.

We affirm that the foundation of the community’s strength and of the honor of every individual is labor and the achievements of the human mind.

We affirm the obligation to extend help to those in need.

We affirm that the common goal of the state and the citizenry is the good life, security, order, justice and the unfolding of liberty.

We affirm that people’s sovereignty is present only where the state serves its citizens and when it handles their affairs without prejudice, abuse and with fairness.

We pledge to honor the achievements of our historic constitution (1222) and the Holy Crown that articulates the continuity of Hungary’s state system and the nation’s unity.

We do not recognize the conditions created by the suspension of our historical constitutional order by foreign occupations.

We deny the applicability of a statute of limitations in the case of the inhuman crimes committed against the Hungarian nation and its citizens during the National Socialist and Communist dictatorships. (This provision is likely to be the Left’s main reason to resent the document.)

We do not recognize the Communist constitution of 1949 because it has served as a foundation of tyrannical rule. For this reason that legislation is hereby invalid.

We agree with the first free national assembly (after the formal abandonment of Socialism in 1989) that has proclaimed that the new freedom issues from our 1956 revolution.

We choose to regard the restoration of the self-determination our homeland that had been lost on March 19, 1944 to have been restored on May 2, 1990 with the first freely elected popular assembly. (The date in 1944 refers to the occupation by Germany.)

We consider this date to mark the beginning of our country’s new democratic order and of its constitutional democracy.

We avow that a spiritual renewal has become indispensable since the last century’s developments had undermined moral values.

We have faith in a mutually determined future. We believe that our children and grandchildren, through their perseverance and spiritual strength, shall make Hungary great again.

Our Fundamental Law is the foundation of our legal order. As such, it is a contract among the Hungarians of the past, the present, and the future. It constitutes a living framework that expresses the nation’s will and it determines the shape of the system within which it wishes to live.

We, the citizens of Hungary, are prepared to base the public order of our country upon the cooperation and consent of our nation.

No shrinking violets in that document. The whole constitution is probably much more interesting than the travesty imposed by the EUSSR. I will never forget my dismay when Fjordman told me about “The Lisbon Treaty”. Having read it, I was so sure Europeans wouldn’t vote for it, that surely it would disappear? Turned out I was right: they didn’t vote for it. In fact, they voted a resounding “NO” but in the end their political class couldn’t resist all those goodies to be had in Brussels. Thus their vote didn’t figure in the final adoption at all.

What’s democracy got to do with it?

The independent evaluation of the foregoing should suffice to let the reader render his own judgment in the case “Hungary vs. EU”. This being the case, an evaluative conclusion, even if it is tempting, should be avoided. Therefore this piece of writing can end with the observation that, whatever the opinion created, there is something seriously wrong with one of the contending parties of the dispute.

The preamble is a fascinating document at a number of levels. It is starkly proud and opinionated. One senses that they speak not just for Hungarians but also to to their former oppressors. They are both the speakers for the dead and the voices of the yet-unborn. With that strongly-held viewpoint, it will be interesting to see if the EU is able to cut them down to a more manageable size.