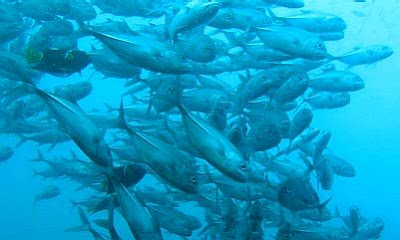 A note to readers: Dymphna has been under the weather for the last few days, which is why she hasn’t written any recent posts for this fundraiser. Normally we take turns, but she isn’t able to get to the computer right now. That’s also why some of you have been getting thank-you notes from me rather than her — she loves to write notes to people, but she can’t. You can tell how unwell she is when she can’t write the thank-yous.

For those who have been emailing her: I’m collecting your emails to her, and she’ll read and answer them when she’s feeling better. Hopefully later today.

We’re up to W now, and this morning’s testimonial comes from Diana West. Regular readers have seen her words (and occasional videos) here at Gates of Vienna.

I used to read Diana’s columns long before we started this blog, long before the blogosphere, before we even had the internet. I first encountered her syndicated column in The Washington Times, and it became one of my favorites. Later, when I learned my way around the Internet, I read it in the Jewish World Review. It was my good fortune to meet Diana a few years ago in Washington D.C., and we have stayed in touch ever since.

Diana is one of those rare Americans who grasps what’s happening in Europe. When most Counterjihad-minded Americans become aware of the situation in Eurabia, they typically react by saying with cold certainty, “Europe is lost.”

You, the few, the readers of this blog, know that this statement is untrue. Millions of Europeans have woken up to the threat posed to their nations by Islam, and are ready to support real change in their governments’ policies. They are constrained by the oppressive restrictions imposed on them by the EU and its member states, and are frustrated by the limited options available to them at the polling booth, but they are aware of the nature of the problem.

Most Americans, however, even if they are alert to the danger of Islamization, do not realize that their government has already been subverted. They are not aware of the infiltration of the White House, the Pentagon, the Congress, and the federal bureaucracy by the agents of the Muslim Brotherhood. Federal, state, and local governments have been corrupted at all levels by Islamic petrodollars. Yet, because the U.S. military is fighting “extremists” overseas, the average American believes that his country is on a different track from Europe.

Americans support their armed forces, even when those same armed forces enforce the interests of Islamic supremacism, as they so recently did in Libya. Most Americans do not understand that their military has been compromised by Islam at the highest levels of command.

But Diana West does. She is one of the lonely few here in the USA who speak the truth of what is happening in Iraq and Afghanistan. And she’s also a friend to the European Counterjihad.

I’ll get down off my soapbox now, and turn the podium over to Diana herself:

Big Media may operate 24/7, but it informs us citizens less and less.

Remarkably, Gates of Vienna, a David-sized blog, is able to step into this dangerous news breach and do a Goliath-sized job: report on, feature commentary on, and, most important, translate foreign-language reports on the transformative events of our times, while Big Media snoozes.

For news of both the jihad and, more important, the counter-jihad, Gates of Vienna is indispensable reading.

Thank you, Diana. And a big thank you to our readers, who have given so generously over the last few days to keep this blog in operation.

More specifically, yesterday’s donors checked in from the following locales:

That’s it for the moment. I need to catch some shuteye. Later.

6 thoughts on “While Big Media Snoozes”