Well, this is a blast from the past — it’s been a good few years since we had a link from Little Green Footballs. Hi, everybody! 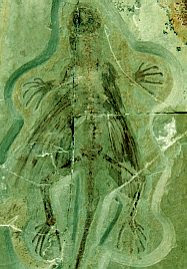 Unfortunately, there don’t seem to be as many of you as there used to be — Charles doesn’t pack quite the punch he did three or four years ago, does he?

I almost didn’t spot the URL in our site meter referrals log. Times must be tough over there in Lizard Land.

There was no permalink at LGF, so all you visiting Lizardettes should read this post to see what your Lizard Master is referring to.

For our regular readers: Charles Johnson has mirrored Øyvind Strømmen’s response to the fisking he received here the other night.

If you don’t want to read the whole thing, you can get the gist from the subhead at LGF: “Anti-Muslim blogger Fjordman continues peddling fascism”.

That tells you all need to know.