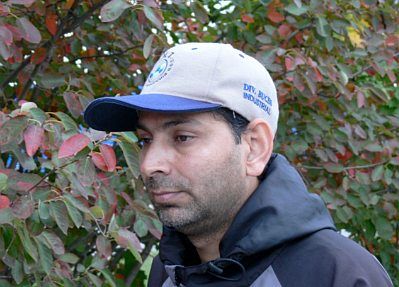 Is it an expression of Swedish hypocrisy when their authorities choose to send an apostate that left Islam back to Pakistan? The current case indicates that it is best to be a Muslim if you want to apply for asylum in Sweden.

In Sweden there is room for everyone. Or almost everyone! One of the few who did not merit entry is the Pakistani refugee Khalid Saeed, who has just been refused asylum.

But it is easy to be lured into thinking otherwise, that Khalid is qualified for a place in Sweden’s safe and sound embrace. According to his own statements, he and his family received very serious threats in their homeland.

It is an assertion which seems credible when Khalid also says that he is an apostate Muslim (he calls himself “humanist”). And he has not only distanced himself from his faith, he has done so publicly on his blog.

That should turn on all the warning lights!

In Pakistan he received a visit from several of Allah’s faithful. They maltreated him and threatened his life. Then he (and his family) went underground and escaped through a roundabout route to Sweden. Here he, his wife, and their three children stayed for the two years that the proceedings have been ongoing.

Now the asylum court has spoken and Khalid has to leave Sweden. (Khalid and his family have been underground since September 22nd).

But why do the Swedish authorities not find him worthy of staying?

And perhaps the Swedish artist Lars Vilks hits the nail on the head when he ironically writes on his blog:

“Khalid should have known that a Muslim who leaves Islam does not fit into the ‘Swedish folks-home’ (folkhemmet).”

Vilks also notes that none of the media who normally raise their voices to prevent the deportation of Muslim asylum-seekers have been interested in this matter.

Maybe Vilks is right. Maybe apostate Muslims, Jews, Christians and others who are threatened by fanatical Muslims just do not fit in today’s Sweden?

One might entertain the thought that the aforementioned groups simply hang a credibility problem around the necks of “the PC-elite”.

For is it not true that the recognition of Khalid’s asylum needs would also will be a recognition that Islam — and therefore many Muslims — holds some extremely intolerant concepts?

Is it not easy to imagine that politically correct Sweden, where the belief that Islam is a religion of peace is alive and well, would have difficulty with such a realization?

And could one also imagine that rather than face reality, the same people would choose the easy solution — and turn their backs on a hunted man such as Khalid?

If you know a bit of Sweden’s political tradition, you will know that superficial and opportunistic solutions are unmistakable ingredients.

Here there are seldom protests against those who threaten with violence. Here one chooses the most opportune — some would say cowardly — solution, and then afterwards makes up arguments that explain why this or that was the right and only thing to do.

I wonder how the explanation would sound if something were to happen to Khalid, just like what has happened thousands of other “bad Muslims” — if he is lynched or sentenced to death by a Sharia court?

Would they say that he was a provocateur who in word and deed incited hatred, and therefore not could expect anything else, as he himself had prepared for?

Eticha has a Support Site for Khalid, with a detailed review of the case.

7 thoughts on “The Swedish Exception”