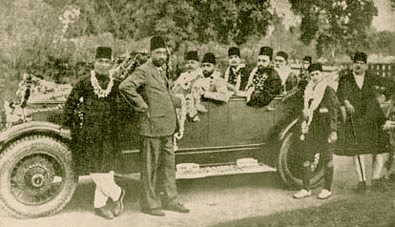 As I mentioned a couple of days ago, I’m in the process of rereading Among the Believers: An Islamic Journey by V.S. Naipaul. The author’s journey began in Iran just a few months after the revolution, and then moved on to Pakistan in the late summer of 1979.

The three main contenders for the most dangerous exporters of Islamic zealotry are Saudi Arabia, Turkey, and Pakistan. The Saudis provide funding and Wahhabism. The Turks provide a large population, and are a well-armed, technologically sophisticated regional power with an aggressively Islamic government. Pakistan, however, is the “Land of the Pure”, the first deliberately-constructed Islamic state in modern times. It is the home of some of the most virulent varieties of radical Islamic ideology and terrorist groups.

V.S. Naipaul saw the true nature of Pakistan clearly thirty-two years ago. The excerpt below is from the introduction to Section II, pp 88-91:

The idea of a separate Indian Muslim state, once it had been formulated, couldn’t have been resisted. The idea was put forward in 1930 by a revered poet, Sir Mohammed Iqbal (1876-1938), in a speech to the All-Indian Muslim League, the main Muslim political organization in undivided India.

Iqbal’s argument was like this. Islam is not only an ethical ideal; it is also “a certain kind of polity,” Religion for a Muslim is not a matter of private conscience or private practice, as Christianity can be for the man in Europe. There never was, Iqbal says, a specifically Christian polity; and in Europe after Luther the “universal ethics of Jesus” was “displaced by national systems of ethics and polity.” There cannot be a Luther in Islam because there is no Islamic church-order for a Muslim to revolt against. And there is also to be considered “the nature of the Holy Prophet’s religious experience, as disclosed in the Koran … It is individual experience creative of a social order.” 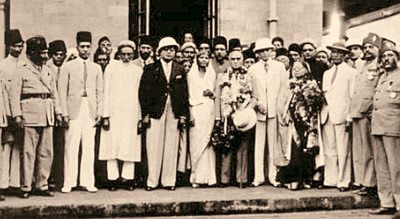 To accept Islam is to accept certain “legal concepts.” These concepts — revelatory, but not to be belittled for that reason — have “civic significance.” “The religious ideal of Islam, therefore, is organically related to the social order which it has created. The rejection of the one will eventually involve the rejection of the other. Therefore, the construction of a polity on national lines, if it means a displacement of the Islamic principle of solidarity, is simply unthinkable to a Muslim.”

Iqbal, in fact, is saying in a philosophical way that in an undivided India Islam will be in danger, will go the way of Christianity in Europe and cease to be itself. Muslims, to be true to Islam, need a Muslim polity, a Muslim state. The Muslims of India especially need such a state, Iqbal suggests; because “India is perhaps the only country in the world where Islam, as a people-building force, has worked at its best.” And Iqbal’s solution was simple: the Muslim majority areas of northwest India should be detached and consolidated into a single Muslim state.

Seventeen years later (and nine years after Iqbal’s death) it happened — and to the Muslim-majority northwest was added the Muslim majority eastern half of Bengal, a thousand miles away. But that Muslim state came with a communal holocaust on both sides of the new borders. Millions were killed and many millions more uprooted. And it was only afterwards that it became clear that that plan for the creation of Pakistan, apparently logical, meeting Muslim needs, had a simple, terrible flaw.

Muslim passions were strongest among those Muslims who felt most threatened, and they were in that part of the subcontinent which was to remain Indian. Not all of those Muslims, not a half, not a quarter, could migrate to Pakistan. The most experienced Muslim political organizations were rooted in Indian India rather than in Pakistan. Indian Muslim politicians, campaigners for Pakistan, who went to Pakistan became men who overnight had lost their constituencies. They became men of dwindling appeal and reputation, men without a cause, and they were not willing to risk elections in what had turned out to be a strange country. Political life didn’t develop in the new state; institutions and administration remained as they were in British days.

A special word began to be used in Pakistan for the migrants from India: mohajirs, foreigners. In the province of Sind, especially, where Karachi became a mohajir city, local resentment built up into separatist feeling.

In the new state only the armed forces flourished. They were seen at first as the defenders, and possible extenders, of the Islamic state. Then it became apparent that they were the state’s only organized group. They became masters, a country within a country. […]

The state withered. But faith didn’t. Failure only led back to the faith. The state had been founded as a homeland for Muslims. If the state failed, it wasn’t because the dream was flawed, or the faith flawed; it could only be because men had failed the faith. A purer and purer faith began to be called for. And in that quest for the Islamic absolute — the society of believers, where every action was instinct with worship — men lost sight of the political origins of their state. They forgot the secular ambitions of Mr. Jinnah, the state’s political founder, who (less philosophical than Iqbal) wanted only a state where Muslims wouldn’t be swamped by non-Muslims. Even Iqbal was laid aside. Extraordinary claims began to be made for Pakistan: it was founded as the land of the pure; it was to be the first truly Islamic state since the days of the Prophet and his close companions.

3 thoughts on “The Society of Believers”