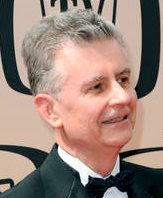 Earlier this year we reported on the ouster of radio talk show host Fred Grandy from his longtime slot on a program in the Washington D.C. area. Mr. Grandy was an outspoken critic of Islam on the program, and his wife — who sometimes appeared with him on the show — was even more so.

It was too much for the station, and the management gave him an ultimatum: tone it down on Islam, or we’ll cancel your show. He refused to change his content, and was fired, making WMAL “the first sharia-compliant radio station in America”.

Now comes news that radio’s loss has been CSP’s gain: Mr. Grandy has become a Senior Fellow for National Security Affairs at the Center for Security Policy.

Below is a press release from CSP about Mr. Grandy’s new duties:

The Center for Security Policy takes great pleasure in announcing today that the Hon. Fred Grandy has joined the organization as a Senior Fellow for National Security Affairs.

Mr. Grandy has had an extraordinarily diverse and successful career in the entertainment industry, as a four-term Congressman from Iowa and as the chief executive officer of a charitable organization, Goodwill Industries International, Inc. For the last eight years, he has been a popular talk radio host in Washington, D.C.

In the course of this record in the public, private and non-profit sectors, he has earned a reputation for strategic acumen, integrity, commitment to principle, political savvy and as a formidable communicator — all skills that will serve him well in his new capacity.

Mr. Grandy’s responsibilities at the Center will include: the development, operation and resourcing of projects dealing with: global and domestic terrorism and Islamic extremism; the expansion of shariah around the world; and exposing and countering the activities of Islamist organizations like the Muslim Brotherhood. These are topics he addressed frequently and to great acclaim on his top-rated morning drive-time radio program in the Washington market. He continues to discuss these and related subjects in public events across the country.

Fred Grandy is a national leader who has served his country with distinction in myriad capacities. His courage and articulateness on the great issues of our time have made him a hero to those who prize the U.S. Constitution and the freedoms it guarantees — and the scourge of those who would supplant our laws and liberties with the repressive totalitarian doctrine its adherents call shariah. The Center looks forward to bringing Rep. Grandy’s multifaceted talents to bear as part of its educational and other efforts in “the War for the Free World.”

The Center for Security Policy is a non-profit, non-partisan national security organization that specializes in identifying policies, actions, and resource needs that are vital to American security and then ensures that such issues are the subject of both focused, principled examination and effective action by recognized policy experts, appropriate officials, opinion leaders, and the general public.

2 thoughts on “Fred Grandy: Exposing and Countering the Activities of Radical Islam”