Our longtime Australian reader and commenter LAW Wells sends this extensive report and analysis, including photos, of last Saturday’s ADL demo in Sydney.

The Australian Defence League held its first demonstration in Sydney Saturday, meeting in Martin Place in the heart of Sydney. The demonstration began at midday, and 50 to 60 people participated. The group listened to speeches, chanted patriotic and anti-Sharia slogans, and generally made their presence felt. Others who were aligned with the Q Society and the Australian Protectionist Party (APP), as well as Coptic Christians from Egypt and Sergio Redegalli, the Newtown muralist, were also present. 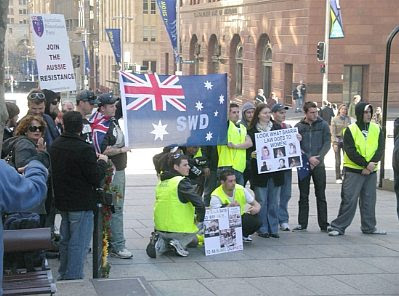 Members of the ADL South-West Division and other protesters


From about 12.05 pm, the group began to chant patriotic slogans, and a woman declared that those who come to Australia should adapt to Australia, and not the other way around. At 12.20 pm, Richard Lalich gave a welcome speech in which he delineated his own views with Islam and Sharia. Following this, there was another speech, and after that an open mike from among the assembled protesters. In order, they were: 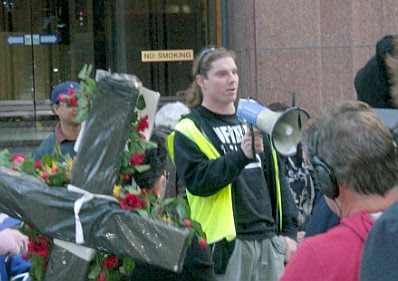 
Following this, just after 1 pm, Darren managed to get Martin Brennan, presently in immigration detention for a visa overstay, on the phone. The connection was quite shaky, and Martin was unable to say very much, but was able to hear several chants by the assembled protesters.

With that done, Richard Lalich once again took to the microphone and began to summarise verses from the Koran that advocated violence and discrimination.

It was only after this, at 1.25 pm, the counter-protesters finally arrived. Immediately upon their arrival, the protesters lined up and chanted at them, and the police pushed them back, away and out of sight. Only a handful of the 12 to 15 who turned up remained in sight, and they were later asked to leave.

With that the protest came to a conclusion. Many of the group lingered for a while, and eventually they moved on to the pub while others went home. This protest was in stark contrast to the ADL’s previous demonstration in Melbourne which was ultimately disrupted by progressive counter-protesters and shut down by the police. Undoubtedly, the lack of opposition was conducive to the day’s success, and effective police action ensured that a peaceful demonstration was held. 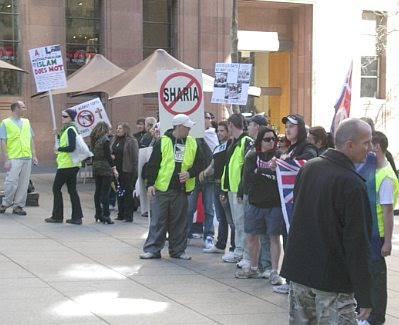 Back in May, the Australian Defence League debuted in Melbourne. The rally was ultimately a struggle, as a large counter-protest turned out and ultimately forced the breakup of the demonstration in Federation Square. It was undoubtedly a demoralising blow to many, but the protest held in Sydney’s Martin Place Saturday proved to be far more successful than the Melbourne rally. 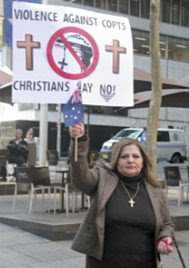 Though the bar was not set very high, the most noticeable difference was the absence of opposition. The ever-blustery Ibrahim Siddiq-Conlon had made several threats to come out in force, and other Muslims as well as non-Muslim defenders of Islam also put out calls. And yet, for an hour and a half, the police, who were out in force, had nothing to do, and the protest proceeded peacefully, with several speeches being made of the implications of Sharia and Islam being presently realised, and the ultimate justification of them in the Koran, and their ultimate end indicated by the fate of the Egyptian Copts who made their presence felt. 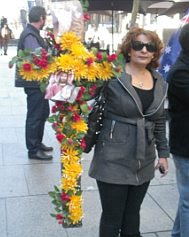 In defence of our civilisation and preference for dialogue and peace, the ADL protested most vehemently against any association with the terrorist Breivik who, in spite of his strong association with the counter-jihad, was only too happy to use Islamist tactics and even considered acting as a proxy for Islamist attacks in Europe. Naturally, the matter was also brought up by the counter-protesters for the five minutes of their presence and sign waving.

On reflection, it is also worth noting that it was really only regulars on both sides who showed up. Such names as Sergio Redegalli, old hands of the APP, as well as others, featured in the ADL protest; while, if one were to observe carefully the photos from this rally and those of the anti-mural rally I covered last year, one can see several old hands (including the literal old hands) making a show before being sent on their way by the police. 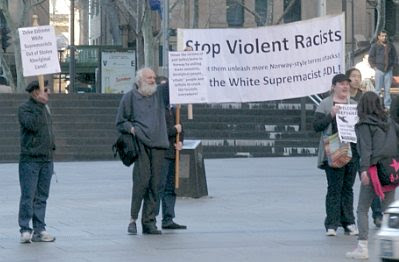 [The smaller signs at the left and in the center of the above photo read:

“Honor the victims of anti-leftist terror in Norway by uniting trade unionists, Aboriginal people, ‘ethnic’ people and leftists to crush the fascists everywhere!”

Note the American spelling in the second one. — BB] 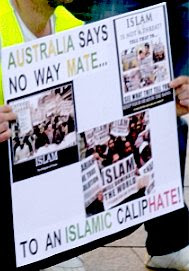 However, while the protest itself was a success, the ADL must build on it and learn from experience. The lack of an official website means that the plethora of ADL sites on Facebook are left unsorted, with little way of telling which group is officially backed and which is not. In addition, this also inhibits the flow of information about meetings, talks and protests. This is especially damaging; I myself only found out about the protest by accident the night before, and at present, the story has been completely buried by all mainstream media channels. The only other report on it that I can find at present is by the anarchist @ndy, who sympathises with the Antifa side. 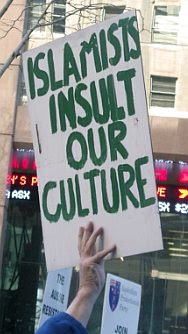 The ultimate objective of the ADL and similar groups (such as the Q Society) is to get noticed, and those present knew this. While the numbers barely managed to get past 50, all knew that this was just the beginning. The spread of groups involved in the protest means that the ADL has a potentially large base of support it can tap into, and it augurs well for the future of the group.

It must be acknowledged that Australia is in very early days of both the stealth jihad and the rising counter-jihad, and only time will tell whether or not we will end up with the level of civil strife we now see in parts of Europe and America, or if we are aware enough to learn and take the necessary preventative action, and spearhead the counter-jihad and the Western revival.