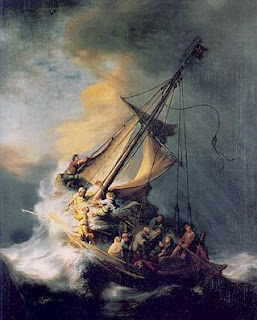 Have you noticed that every fundraiser has its own rhythm and rhyme, its own character? These variations are due at least partially to the weather, i.e., the weather outside the window, and my own personal and quite variable meteorology. [The term used for used for exacerbations of fibromyalgia symptoms is apt. They’re called “flares”, as indeed they are.]

Thus, during this here particular bleg, we’ve had earthquakes, a hurricane, and a severe fibromyalgia flare of several days’ duration. The hurricane — Irene, I believe her name was — passed on to hassle Rhode Island, Vermont, and points north. We hope it’s another few years again until the next earth tremor, while this flare seems to be easing. I think.

But then there are the… um…. “discussions”… exacerbations of the marital sort at Schloss Bodissey. Chesterton noted that fairy tales end with the formula “and they lived happily ever after.” But he was quick to point out those fairy tales never ended “…peacefully ever after.” Chesterton claimed that a real marriage had real contention, and this contention was to be welcomed.

Thank heavens he said that. We don’t throw chairs or dishes around, per Chesterton’s idea, but on occasion we’ve both been known to heft a weighty thought and aim it in the direction of our beloved’s head. It’s true: the Baron is sometimes a tad unreasonable. In this case, it’s all rather tenuous, but we reached a compromise by deciding to seek reader input here.

As you know, we don’t accept paid advertising. Not only is it distracting, but the main page takes longer to load with ads stuck in there. On the other hand, we do put up notices for books written by our colleagues. Thus, Norman Berdichevsky’s The Left is Seldom Right and Rebecca Bynum’s Allah is Dead. Several readers have purchased these books, and asked if we received any payment as a result. The short answer is “no”. The longer answer is those books are up there as a favor, but that doesn’t mean that we couldn’t sign on as Amazon affiliates, or whatever you call it when you put up book ads.

I’d like to find out from Amazon if we can do just that, limiting it to one or two books of our choice, which would change from time to time. The books would only be there if we’d read them (some people send us their books), or if they were books we’d like to read if we still bought books.

However, the Baron says putting up these changing book notices would violate our contract with readers, the one we made three years ago that said no advertising. But we’re advertising already with those two book covers up there, aren’t we? What we’re doing is a covert advert.

So, dear readers, what do you say? Should we have “real” Amazon links to the books — i.e., with whatever pittance might be due — or should we stick to the original contract: no paid ads, period?

Let us know what you think. It’s not often one gets to take sides in a marital “discussion” without ending up surrounded by fragments of crockery. Honest, we just want your opinion.

Wading through in their wellies, today’s donors splashed in from:

Far Abroad: Australia, Belgium, the Netherlands, Sweden, and the UK

Thanks for everyone’s patience in waiting for the acknowledgement for their gifts. If this flare is like the others, it’s receding, and I’ll be picking up speed.