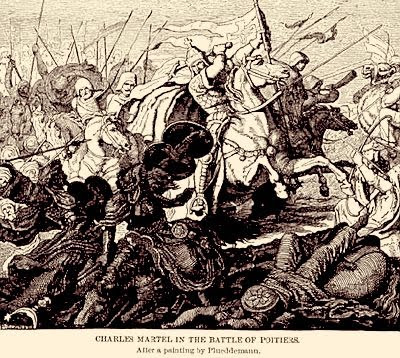 During the international fury that followed the mass killings in Norway last month, the Norwegian newspaper Dagbladet helped lead the charge against Fjordman and other “hate bloggers” who were accused of partial complicity in the psychopath’s actions.

Thanks to our Norwegian correspondent The Observer, we now know that Dagbladet itself contributed to the very same “climate of hate” that it so decries. The interview below, published shortly before Anders Behring Breivik did his grisly deeds, would be classified as “incitement” by the newspaper’s own standards.

The Observer includes this note:

The following interview was published in Dagbladet last month. The historian interviewed here expresses views that are pretty similar to those of Fjordman — he says he believes that there will be a clash of cultures in northern Europe.

He doesn’t describe warlike scenarios, but this will undoubtedly be the outcome of his predictions.

Fjordman is ostracized and made into a pariah by Dagbladet for his predictions, and this historian is given the all-clear by the same journalists.

It’s worth noting that the interview with Nils Rune Langeland was published just a week before the Oslo atrocities — by coincidence, on the very same day that Secretary of State Hillary Clinton promised the OIC that the Western democracies would crack down on the “incitement of religious hatred”, as required by UNHRC Resolution 16/18.

Below is The Observer’s translation of the interview from Dagbladet:

On the trail of the belligerent Europe

Historian Nils Rune Langeland (47), who is about to release a new book, predicts that northern Europe will be the ‘battleground’ of the future.

The cover of the book is an EU flag where the starts are shaped as a burning fire. Historian Nils Rune Langeland, associate at the University in Stavanger is not optimistic in his new essay collection in which he gazes out on the European continent.

In your new book “Europe – a crusade”, you travel around the continent to try and define what the term “European” actually means, and you realize that you have to go back as far as June 10, 1099 to do so. Why did you end up on this particular date?

June 10, 1099 was the day when the Crusaders breached the walls of Jerusalem during the First Crusade and began the massacre of the Muslim population. That started the war. And this war is still being fought today. It’s a historical hypothesis, but a literary assertion.

You reach a turning point when you’re looking at the Bayeux Tapestry, which describes the Norman invasion of Great Britain. Why did this carpet have such a profound impact?

The tapestry was a revelation. The warriors that are depicted are Norwegian and Danish Vikings that have become Norman Knights within a generation. Then they become part of the first European attempt to conquer the world. We are a part of this today.

You place the warrior heritage which belongs to our past in contrast with the peace mentality which has been the driving force since WW2. What happens with Europeans when there are no more things worth dying for? Does this peace make us passive?

What we’re seeing is a political decadence. The big projects have been abandoned. After 1945 and 1989 we’ve focused on becoming humans again. Today’s Westerners are pubertal. We don’t know quite how to live and enjoy this new existence. But there is something redemptive and exhilarating in this decadence. All the European projects, the revolutions and the empires, have resulted in enormous human suffering.

What’s the EU’s role in this?

The EU is gay bars and agricultural subsidies. The EU is an attempt to stop the ennui which can be found in the mundane. The EU is a concerted anti-crusade which is, and which is supposed, to be boring and mundane. It’s almost like we’re saying that enough is enough. Now we have to enjoy life. The EU is Europe in a collective pensioner’s existence.

In Brussels you encounter a class of multilingual, secular, optimistic and well educated young EU people. But you reflect more on your conversations with taxi drivers and pub patrons. Is this where the truth is to be found?

Europe is primarily conservative in that it has a dirty underside. Look at Britain and France. You’ll find the best and the worst of everything. In Austria you’ll find the span between the beauty of the Wiener Philharmonic and the rage of the old man at the pub. The author Elfriede Jelinek captures this extreme diversity in the ‘Piano teacher’.

Why is the man at the pub so angry?

The men at the pub represent completely opposing views, and not least a different hostility towards people from foreign cultures than displayed by the elites in Brussels. Which of these two groups will shape the future?

It is still undecided. And this is the dilemma of Europe and the USA today. Remember that Sarah Palin in the USA also represents the angry men. The elites and the people at the pubs aren’t engaged in any dialogues. They need to start talking; if not, we’re heading towards a catastrophe.

What type of catastrophe?

I believe that northern Europe will be the battleground. Remember that there isn’t one single example of integration of different cultures in northern Europe. The Norwegian immigration historians are lying. We have been a people that have emigrated and exported, not received.

We have also burned witches on the bonfire. Doesn’t culture have the ability to change?

I don’t wish to be a doomsday prophet. Things may work out OK, and we may see some type of Buddhist chakra. But the Norwegian state invests enormous resources in persecuting ordinary Norwegians for speeding and minor tax evasions. The entire Norwegian national project is directed at the private sphere. We spend a lot of time discussing paternity leave and lifestyle diseases, and not about foreign policy. We are constantly encouraged to read more and drink less alcohol. It is a disciplinary regime that only works in a homogeneous society. I believe we have two choices: either we end up with a big complex dirty harmony, or the Germanic people of the north will once again rise up.

Rise up against what?

The European ideology is reconquista which means to reconquer Europe from Islam. In Spain the heir to the crown is called ‘The Prince of Asturias’ after the miniature kingdom of Asturias in the north, where the reconquista of the Iberian Peninsula began. In Serbia reconquista is a national story. The areas around the North Sea are exempt, but then again it was the seafaring Brits and Dutch that initiated the European colonization of the world. Everything emanates from this extreme mental state that has always been Europe’s ideology. We can’t understand Europe until we understand this.

We live in a hedonistic society. You describe how sun seekers and sex tourists today travel where the crusaders once went. It doesn’t appear that these tourists want to join a new crusade in the near future.

This dirtiness is our alibi as humans. It’s the yearning to be free from the legacy that made the Cultural Revolution possible in the 60’s. The result was a terrible patricide that in a lot of ways was necessary. When the Beatles left the class-divided society in which they grew up and went to India they were guided by the same dream to get away from Europe. No, the crusaders’ real heirs are the USA and Israel.

There you’ll find the demonic restlessness that once drove the Europeans. Europe abandoned Christianity in the ‘40s when Bishop Galen spoke up against the Nazis, and it has gone down a different path. It is the Jews that have taken up the crusader’s sword and pointed it towards the east.

The subtitle of your book is ‘A Crusade’. It opens with a quote from Dante and it is sprinkled with Christian allusions. Do you want to go back to a world where these references and symbols unite us?

No, this is a subject that I address as a historian. I see before me an axis from the conquering of Jerusalem to the death of Christianity with von Galen. It’s not about Christianity as an adventure, but Christianity as something that we don’t yet understand, an unease of the soul.

You write about how the world wars have made it more difficult to be a nationalist in the 21st century. But the world is still divided into national states which fight for their own interests. Does nationalism serve any purpose today?

It is ridiculous to listen to Fremskrittspartiet talk about Norwegian culture. It is something that only old lecturers find interesting. The 20th century’s grand, supranational ideologies ended nationalism and rendered it as a sentimental setting around the welfare state. As a historical project, nationalism is finished.

Is this the type of nationalism you refer to when you label Europe’s soul as “craftsman-fascism, rejection of class, welfare sentimentality and small scale commercialism”?

The European national states are first and foremost welfare states, very little else. And the battle will be fought over these, whether the welfare state is something worth hanging on to or not.

A friend of mine was at Blindern [University in Oslo] recently and noticed that there were only students with immigrant backgrounds at the study hall late in the evening. Isn’t this a healthy vitalization that represents ambitious new Norwegians?

Yes, but it’s legitimate to say that we’re not interested in starting all over again. Personally, I have great sympathy for what you’re describing. We could all learn from the diligent Pakistani girls. But they will never decipher the European code. They will never really understand what it’s about. Neither will we, intellectually, but we carry it with us through experience. That’s why northern Europe will be the battleground. We are the ones who have had the highest ambitions, and it is here where the stakes are highest.

11 thoughts on “Northern Europe: The Battleground of the Future?”