Due to the press of events, the “Shadow” series went on an involuntary three-month sabbatical. A couple of Rosetta Stone Projects, the Camp of the Saints crisis, two important field trips, the Recent Unpleasantness — these are just a few of the urgent concerns that intervened to gobble up all my available spare time.

Now it’s time to dust off my notes and return to a subject that is less immediately relevant than all those news topics, but more crucial over the long term.

Synopsis: The concept of the Shadow is a generalization and extension of the practice of forming a “shadow government” in a parliamentary system.

Western Civilization will soon face an existential crisis and may partially or completely collapse. The absolute limiting factor for the onset of the Discontinuity will be the failure of the modern welfare state due to demographic implosion, which will occur within a generation at most. Other factors may speed up the course of events, but there are too many variables to permit a precise prediction of the trajectory of the coming crisis.

To simplify the discussion, I have divided the Shadow up into seven overlapping functions:

Shadows of each of these functions are already under construction within the distributed non-hierarchical networks now forming among people who are concerned about what lies ahead. I propose a systematic examination of the Shadow in hopes of making it more of a conscious enterprise, and thereby accelerating the trend.

Of the seven Shadow functions, the Shadow Media system is the most developed. Thanks to the growth of the internet and other alternative media over the last fifteen years, the hegemony of the mainstream media has been broken.

Even so, the new media are still a long way from actually supplanting the legacy media. The MSM enjoys a massive capital investment, an established infrastructure, and a variety of state subsidies and encouragements that will keep it on top of the communications heap until the Discontinuity arrives, and probably for a while afterwards. 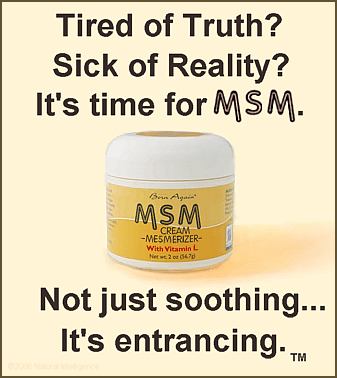 Until then, how do we Shadow media operatives prepare for the day when The New York Times, CNN, and Reuters no longer dominate the flow of public information?

There are at least four plausible media environments in which information might be exchanged in the aftermath of the Discontinuity:

For the sake of argument, I will discount #4 as a likely scenario. An EMP attack over the entire country might have that result, and the Mexicanization of Southern California may turn that state into a mestizo version of Somalia. By and large, however, we may envision some combination of scenarios 1 through 3. It’s also quite likely that we will experience a gradual slide through all three of those environments. The descent into more archaic forms might proceed something like this:

As the fiat money system runs out of steam, and state-backed wealth inflates out of the hands of private individuals, an increasingly repressive totalitarian regime is likely to emerge. It will still bear the trappings of the regimes we live under now, but “democracy” will be that much more of an empty pretense than it currently is, even in the European Union. By then governments will have declared states of emergency and implemented martial law, which will subsequently become the permanent state of affairs. A major strategy in the suppression of popular dissent will involve a total crackdown on the media and the internet.

The internet, however, is hard to bring under complete control, as recent experience in China has shown. As long as governments need a functioning internet — and all modern Western governments have come to depend on it — there will be the possibility of an internet underground, as exists now in a number of repressive states. The hacker mentality is generally accompanied by an anarchist/libertarian temperament, so we may expect continuous samizdat operations on what remains of the internet after the Discontinuity and the subsequent crackdown.

If we assume that no fully functional financial system emerges in Western societies to replace the fiat money regime after it collapses, existing infrastructure — both commercial and state-owned — will gradually deteriorate.

Satellites will fall out of orbit or cease to function, and fewer replacements will be launched. Entropy will afflict roads, bridges, motor vehicles, railways, aircraft, airports, power stations, the electric grid, transmission towers, computers, telephones and all the other intricately interwoven components of modern communications. Parts of the internet may be more resilient than other communications systems, since fiber optic cables deteriorate more slowly than other components, but they will be very vulnerable to sabotage.

We can expect a gradual descent to a somewhat lower level of technology. The state will expend a lot of effort to retain functioning television and radio stations, since these will be crucial to maintaining social and political control over an impoverished, restive populace. But the more distributed forms of communication that we depend on now for blogging, texting, flash mobs, and instant mobilization — those will be gone.

Under these circumstances, we can look forward to a return to photocopying — and eventually something like the mimeograph machine — to maintain our samizdat networks. Our governments may have to dust off Soviet methods and rigidly control access to paper, ink, and printing technology.

Which leads us to…

Broadsheets. Pamphlets. Handbills posted on walls and lamp posts in the middle of the night. Secret gatherings of dissidents, whose ranks are periodically thinned by arrests as police agents infiltrate the groups.

The Soviet Union is the model, yet there will be nothing “outside” the system, no equivalent of the Free World to inspire, encourage, and smuggle in printing supplies. There will only be Oceania, Eurasia, and Eastasia, and that old familiar boot heel grinding into the face of humanity, forever.

Or maybe not. The reversion to a lower level of technology is hardly likely to be immediate, or complete. Components of what we all take for granted now will be lying around in varying stages of disuse and decay. Dedicated freedom-lovers with technical savvy will use the materials at hand to patch together kloodges for subversive purposes.

The Resistance will continue…

The farther we move into these post-Discontinuity scenarios, the more difficult it is to predict the changes in our communications environment.

For the purposes of my own work, I assume the continued existence of the environment we know now, including the internet, for a while after the trouble begins. I expect political repression to emerge in earnest before the infrastructure decays significantly — unless, of course, Mahmoud Ahmadinejad realizes his deepest desire and detonates EMP-creating nuclear devices in the atmosphere over the United States and Western Europe. After that, all bets are off.

Everyone involved in this line of work should consider alternative means of disseminating information. Cell phones and the internet are already largely unsecure, and will be relatively easy for a fully repressive government to disrupt and subvert.

Think about how you would communicate if you could no longer trust your cell phone or your computer. Yes, landlines are somewhat more secure until they are tapped, but most of their signals also pass through the towers. All phone communication will be dodgy at best.

This pushes us back to scenarios 2 and 3. Clandestine television and radio broadcasts are not too technically challenging — think Radio Luxembourg in 1970, or some of the mobile radio operations that have been mounted from time to time under repressive regimes.

Face-to-face meetings at which home-printed materials can be distributed. Courier networks, message drops, cell-based networks, rigorous counterintelligence — we all know how this sort of thing works.

When is the time to begin implementing such measures?

When the annual inflation rate tops 50%?

When Hezbollah detonates a dirty bomb in downtown Houston?

But don’t think for too long…

Previous posts about the Shadow: