Our Norwegian correspondent The Observer sends this translation of an article from the Norwegian state broadcasting service about the costs of cultural enrichment (subclass: asylum-seeking) in Norway. The translator includes this note:

This article shows how the asylum-immigration industry in Norway is having a huge impact on the coffers of various local councils. Søndre Nordstrand is in Oslo, and needless to say has a massive non-western immigrant community. 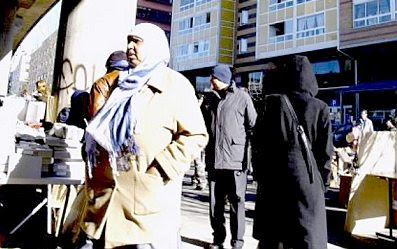 In just three months a family with eight children has left the local council NOK 5 Million [£558k, €635k,
$900k] out of pocket. The costs have now almost been halved, according to the leader of the local council group, Nadeem Butt from the Labour Party.

A sharp increased in the local Child Protection Agency’s expenditures are blowing the budgets in Søndre Nordstrand. There has been a twenty percent increase in child protection cases since last year. Søndre Nordstrand is facing a NOK 86 million [£9.6m, €10.9m, $15.5m] deficit this year, according to financial reports.

Leader of the Local FrP chapter, Trond Hjelmerud, believes that this will have devastating consequences for the suburb.

“The local Child Protection Agency is the big challenge for the suburb. The agency is out of bounds for us politicians because it falls under the auspices of the courts. Politicians have very limited influence in how the agency operates.”

What’s causing the problems for Søndre Nordstrand is those cases where children are removed from their families and placed in institutions. The local Child Protection Agency asked for more funds in May this year because immediate action was deemed necessary for a family with eight children. But council leader Butt refuses to give any further information about the family or why the Child Protection Agency decided to intervene.

“It’s a big family with a very complex family structure. I can’t say anything more than that because it would be easy to uncover the identity of the family for those who know the area well.”

Hjelmerud believes that professionals need to handle the cases.

“Because we are a such big suburb there’s a big demand for child protection institutions that offers the services that has been provided in this instance, but NOK 50,000 per day [£5,600, €6,400, $9,000] is a lot of money. I don’t know anything about this family, but it is obviously a family that creates lots of challenges for the suburb. What policies that need to implement in such cases is up to the professionals to decide, and they need to inform the politicians.”

“If this is how much it costs to take care of the immigrants then we can only accept a limited number of families. If we receive another 20,000 this year in addition to those that are already here then we really need to look at ways to reduce the immigration to Norway in the future.”

16 thoughts on “Gold-Plated Asylum in Norway”