Our German translator JLH sends his latest translation from Politically Incorrect. He includes this introductory note:

One of the several branches of Stadtkewitz’s new anti-Islamist party Die Freiheit is in Hamburg. It is also one of the stops on the speaking tour of Germany’s most notorious hate-preacher, the convert Pierre Vogel.

I have translated a photo essay on the new party confronting one of the most visible Islamist forces in the country. An interesting counter-coup after leftists and Islamists prevented the party’s modest attempt at an opening ceremony in Berlin by leaning on all the possible venues to renege. Like Pro-Köln, their enemies are clear, but they are now better situated to participate in national politics, and are of course closely allied with Wilders’ PVV.

Hamburg: Freiheit Against Enemies of the Constitution

(A photo essay by Mr. Merkava on the counter-demonstration of the new political party, Die Freiheit, in Hamburg) 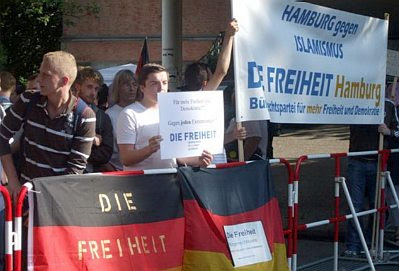 The police had to make ready again, because enemies of the constitution and humanity under the protection of our freedom of expression wanted to demonstrate their increasing influence. 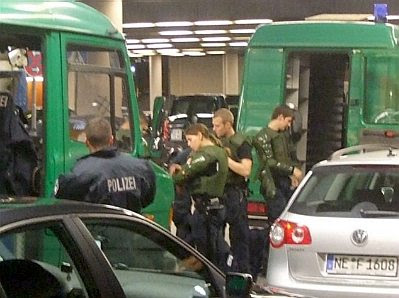 The first effusions of the so-called hate preacher — in reality enemy of the constitution, (Pierre) Vogel were originally lost for the oppressive mass of devoted followers, and even more devoted converts, in a violent downpour. 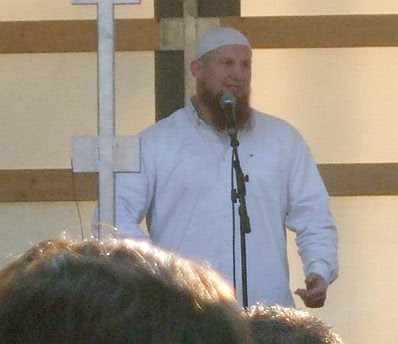 At some distance, members and sympathizers of the new party Die Freiheit met for a counter-demonstration against the Islamic Salafist enemies of the constitution sheltering under the cover of religion, to raise their voices for global human rights, freedom and our Western culture and life style. 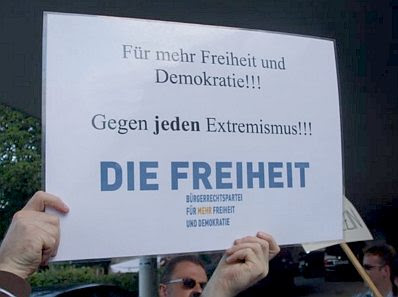 A rally participant simulated “live” where the ideological, allegedly religious concepts of such as Mr. Vogel and his followers will end. 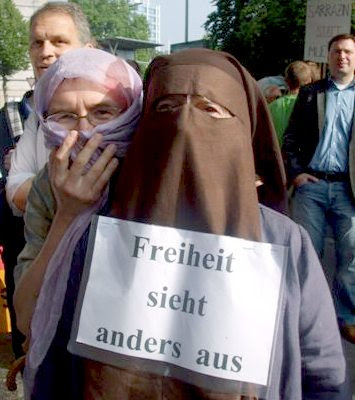 It is so much more astonishing that young Western girls and boys who have grown up in a freedom that is natural to them feel called to support — at least indirectly — the incredibly misogynistic Stone Age ideology by attacks on the Freiheit demonstration. But young people, blinded by the Left, who have had little stability or correction from today’s indulgent, bleeding-heart institutions like school, media or church are essentially left on their own in their youthful formation of ideas: and that is where leftist useful idiots and foreign taqiyya specialist are happy to leap in. 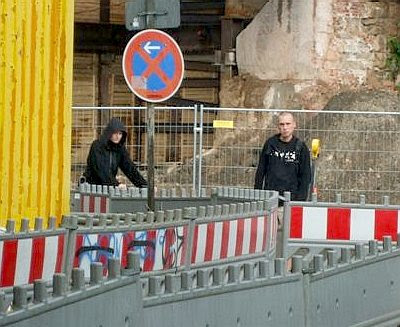 Despite all attempted disturbances by misled youth, who in short discussions across the barriers, proved 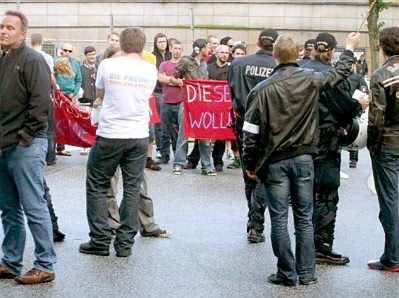 to be largely astonishingly uneducated, the leaders led the demonstration confidently and at times with humor and irony. 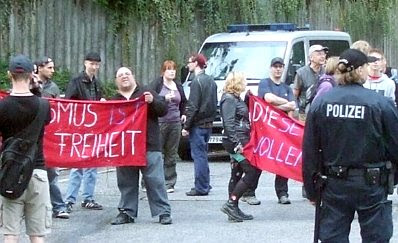 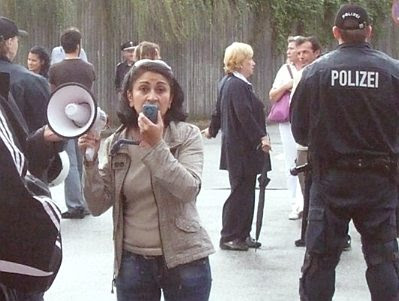 in which she passionately described how gruesome it really looks in a country (in this case, Iran) when Islam can rule untrammeled. Like all speakers and participants at the demonstration, attempts at intimidation did not silence her. 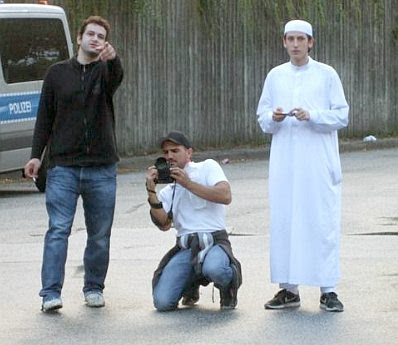 An impressed audience of democrats from the most diverse social groups thanked her for her courage and steadfastness with respectful applause. 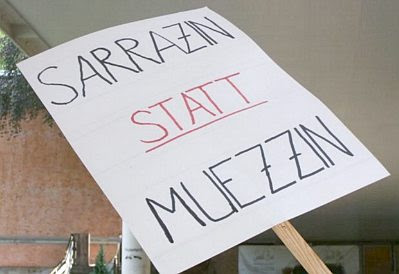 After about two hours, the passionate demonstration of the new party Die Freiheit against Islamic enemies of the constitution came to an end and their blinkered leftist extremist supporters remained — as happens more often, happily — standing insignificantly in the rain. 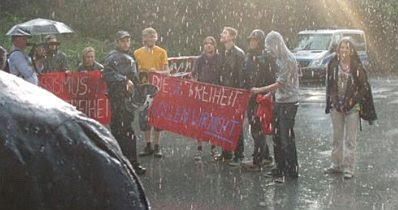 7 thoughts on “Freedom and Anti-Freedom in Hamburg”