Last Thursday morning I attended ACT! for America’s legislative briefing in the United States Capitol in Washington D.C. ACT once again invited legislators from both parties to speak to its assembled members and take questions, but for some reason only Republicans accepted the invitation.

One senator and six congressmen spoke to us that morning. Two of the congressmen were freshmen from the “Tea Party” Class of 2010. Trent Franks, Sue Myrick, Louie Gohmert, and Pete King spoke to us last year; the other three were new to me. I’ll discuss their presentations in the order they were given. 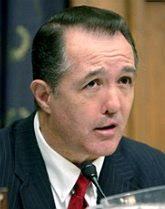 Rep. Franks is a stalwart conservative. If all Republicans were like him, I might consider calling myself a Republican.

He is currently sponsoring a number of bills that are dear to the hearts of ACT! for America members — and to everyone else in the American Counterjihad. One focus of his talk was the danger of Iranian nuclear weapons, which he considers the most serious threat to American national security.

His greatest concern is the risk of a deliberately induced EMP (electromagnetic pulse) caused by a nuclear weapon detonated high over the continental United States, which could destroy the electrical grid and all unprotected electronic devices. The likely result would be to catapult the country back into an early 19th century level of technology, causing millions of deaths through starvation and disease. There’s no doubt that Iran would attempt an EMP attack if it were to gain the capability.

Rep. Franks has introduced the Shield Act (HR668), which will secure the electrical grid and power systems against EMP attacks. 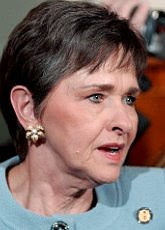 Rep. Myrick is a dedicated anti-jihad activist who has extensive knowledge of the threat posed by the Islamic infiltration of America. She spoke at length about Al Qaeda, and discussed the apparent leadership struggle after Osama bin Laden’s death. Although Anwar al-Awlaki is reportedly vying with Ayman al-Zawahiri for control of the terrorist organization, she believes that their conflict is largely for show, and that Zawahiri is really pulling the strings.

She also discussed Pakistan, and the symbiosis between the ISI (Pakistan’s intelligence service) with various Al Qaeda affiliates.

Other topics covered were the use of “lawfare” by the Muslim Brotherhood as a weapon in the American court system, and the danger posed by Iranian nuclear weapons.

From my point of view, Ms. Myrick stumbled on the subject of Europe. She said that Europe had been funding Islamic radicals with connections to terrorist groups, but had recently changed course. Presumably she was basing her statement on recent news reports from the UK, in which the government admitted that it had funneled some £60 million to groups espousing extremist or Salafist ideologies. At the moment Mr. Cameron is still floundering, and can hardly be said to have changed course in any meaningful way.

The situation varies in other countries, with Denmark and Switzerland leading the way with sensible policies, and Sweden and Norway bringing up the rear with their tolerance and even support of the most vile Islamic groups. Only the Dutch could be said to be in the process of changing course, thanks to Geert Wilders.

After hearing Rep. Myrick’s views, Elisabeth and I were hoping to have a chance to brief someone on the congresswoman’s staff about the European situation, but she and her team were not at the luncheon that followed the legislative presentations. 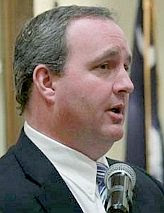 I really took a liking to the two Tea Party freshmen. These are guys from red states, and both are still full of enthusiasm and dedication. Rep. Duncan focused on the need for energy security in the United States, and the necessity of making full use of our existing energy resources to reduce our dependence on Islamic oil.

He also discussed the importance of border security, decrying the porous nature of our southern border and the failure to enforce our immigration laws. Given the fact that Al Qaeda, Hezbollah, and Hamas are known to be infiltrating people into the USA through Mexico, it’s vital that we impose a full seal on the border so that all arrivals can be closely monitored and screened.

Like some of the other congressmen, Rep. Duncan spoke of the difference between radical Islam or “Islamism”(the ideology) and Islam (the religion). His audience would have none of it, however — a number of us loudly informed him that there was no distinction between Islam and Islamism, and kept repeating it until he had to acknowledge our point. I don’t think he was used to speaking to groups in which such sentiments could be publicly voiced. 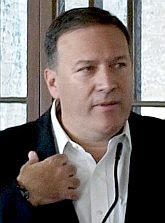 Rep. Pompeo is also a freshman, and spent some time discussing the threat of Islamic infiltration. He is a graduate of West Point — first in his class, if I recall correctly — and talked about the problems posed by the prevalence of political correctness in the military.

As with Rep. Duncan, his enthusiasm and dedication to the task he faces showed through strongly. Sen. Barrasso is from a shale oil state, so it was no surprise that he focused on the imperative to utilize the domestic oil resources that we already have instead of importing more Middle Eastern oil. Besides shale oil, he mentioned ANWR, offshore reserves, and other sources that remain untapped.

Like some of the other speakers, he pointed out the absurdity of Barack Obama’s promotion of offshore drilling in Brazil, even while his administration denies the same opportunity to American oil companies along the coastlines of the United States. 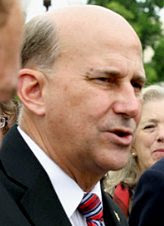 Rep. Gohmert has a wry sense of humor, and managed to make his presentation amusing and entertaining, even though his topic — the infiltration of the United States by the Muslim Brotherhood — was such a serious one.

He used a couple of anecdotes from his days as a state court judge in Texas to launch a discussion of the Holy Land Foundation trial, and highlighted the significance of the unindicted co-conspirators named during that trial: CAIR, ISNA, MPAC, IIIT, ADC, and all the rest of the alphabet soup of Muslim Brotherhood fronts that pretend to be “charities” and “civil rights organizations” when operating in America. 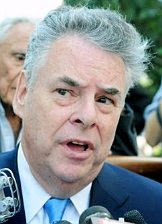 Rep. King, the chairman of the Homeland Security Committee, was unavailable for the morning session, but he joined us during the luncheon at the Capitol Hill Club and gave his talk then.

Not surprisingly, his main topic was his committee hearings on Islamic radicalism in the United States. His most recent set of hearings concerned the radicalization of inmates in American prisons, which gained immediate relevance last week, when two former prisoners — who had become zealots while doing time — were arrested for planning a terror attack on a military recruiting center in Seattle. If they had not tried to recruit an FBI informant for their conspiracy, they could well have succeeded in their attack and killed a large number of people.

Rep. King said that the state prison systems are the main problem. The feds have mostly tightened up on Muslim chaplains and prayer services in the federal prison system, and the states need to adopt the federal procedures as a model for their own systems.

When prompted by a question from the audience, he acknowledged the problem posed by the dozens of rural Jamaat ul-Fuqra compounds across the United States, most of whose members were recruited through proselytization in the American prison system.

Not long after Pete King spoke to our lunch crowd, Elisabeth Sabaditsch-Wolf took the microphone to bring ACT members up to date on the latest news of her trial. She explained that since the last time they saw her, she had been convicted and fined in a Vienna courtroom. She told them she intends to appeal the verdict all the way to the European Court of Human Rights, if necessary.

Later in the afternoon she and I paid a visit to Rep. Allen West (R-FL) in his office in the Longworth building just across the street from our lunch venue. I’ll report on that memorable occasion in a separate post.

One thought on “Legislative Priorities”