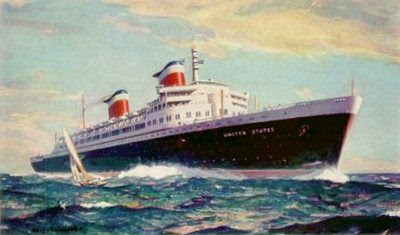 As Dymphna explained last night, the general theme for this quarter’s fundraiser is supporting and standing by one another. Not just financial support — although that’s the obvious reason for this latest bleg — but solidarity and loyalty in the face of conflicts, both external and internal.

We’re singling out Vlad Tepes out for special support because he has become a virtual partner of this blog, and the financial demands on his site have just increased substantially. Dymphna will explain it in more detail in a later post, but Vlad’s success has taken a toll: his traffic has increased to the point that his hosting service has forced him to use a much more expensive service option.

I’ve been working daily with Vlad for about three years, and his efforts have added enormous value to Gates of Vienna. He and I divide up the labor according to our respective skills — he’s the video man, and I’m the text and image man. He captures, edits, uploads, and subtitles videos. I coordinate translations, convert text files, make logos, act as copy editor, and write introductions and other necessary texts when required. It’s a great symbiosis, and I don’t know what we’d do without him. That’s why we’ve chosen to tithe your generosity to help Vlad — he’s such an integral part of the team.

Vlad has endured other sorts of travail, as long-time readers will remember. After his Rosetta Stone videos of Col. Allen West were wiped out — one of them had gone viral — he was unjustly attacked by a number of people in a most devastating manner. Those of us who know him well and appreciate his character and dedication stood by him then, because we all know that he would do the same for us.

As if the Jihad weren’t enemy enough! It never fails to amaze me how vicious people are during these intramural battles. I realize that such conflicts are inevitable — Dymphna has explained it in depth in previous posts — but the viciousness and vitriol still take me by surprise every time.

We prefer not to discuss such squabbles publicly except in the most general of terms, because blog wars consume time and energy to no good purpose, wasting resources that could be better employed to serve the larger mission.

So I’d just like to thank the readers, colleagues, and friends who have stood by us during the various bouts of nastiness that began with the LGF Wars back in 2007 and have recurred sporadically ever since.

You all know who you are. You help keep us afloat.

The first day of fundraising pulled in donors from the usual eclectic mix of locales:

Australia, Croatia, Denmark, the Netherlands, and the UK

Many thanks to everyone who has chosen to give your resources to support our work. You’re an inspiration for us to keep plugging away.