The Danish psychologist Nicolai Sennels takes a look at “the love that dare not speak its name” as practiced in the Islamic world upon underage boys. 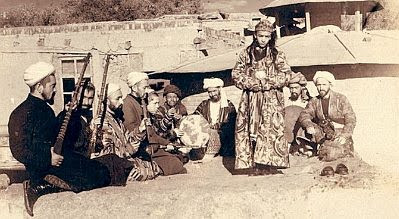 Islamic suppression of women leads to homosexuality and perversions

Real men and real women defend women’s rights and challenge their oppressors. One overlooked aspect of women’s oppression and the accompanying debate is the psychological and sexual consequences for the non-real men — the women’s oppressors.

Here we move into a world of self-inflicted homosexuality and sexual perversions of the worst sort. Read about a reality that the politically correct media, out of respect for Muslims, the readers, and ordinary decency do not report.

Oppression of women, in whatever context it occurs, is not only harmful to women but also to men. Thinking, talking, and acting negatively towards women affects the men’s own psychological relationship with women. This is how the human mind works: If we treat others badly outwardly, we are pushing them away on the inner psychological level and we cut ourselves off from learning from them and enjoying their company.

The path to human immaturity and sexual perversion is paved with oppressed women.

If one develops a negative view of women, it also becomes harder to open up to them on the sexual level. Of course it is more difficult to love a person you see as inferior and less “pure” than you would a woman you respect and wish to have the freedom and joy she seeks.

A U.S. military report has revealed some of the consequences of having a low regard for women. Military doctors tell how they had to explain to a local Afghan man how to beget children. When the man heard the explanation, he answered with disgust: “How could one feel desire to be with a woman, whom God has made unclean, when one could be with a man, who is clean? Surely this must be wrong.”

The U.S. military report explains further how “Afghan men struggle with sexual identity.” The report shows that Afghan “men commonly have sex with other men, admire other men physically, have sexual relationships with boys and shun women both socially and sexually.” This is also the case among the Afghan interpreters who frequently infect each other with gonorrhea.

The psychological explanations for the widespread and self-inflicted homosexuality among Muslim men are simple and acknowledged: All people have sexual desires. When access to the opposite sex is disturbed (being hindered for religious, cultural, or personal reasons), sexuality seeks other ways to achieve relief.

Here it is obviously important to distinguish between congenital homosexuality and the kind of homosexuality that results from a psychological barrier placed by religion or culture between men and women, which therefore compels one to seek other paths to sexual gratification.

Religions and cultures that prevent men and women from meeting in a natural and free way tend to make people gay, and at worst perverse. The many sexual crimes committed by Catholic priests is another good example.

A study of children’s rights in Pakistan revealed that 95 percent of Pakistani truck drivers have sex with boys during their breaks. The boys are as young as thirteen.

In many Muslim countries it is tradition — especially on Thursdays, the day before their holy Friday — that men meet and watch young boys who dance in sensual movements. When the show is over, the men often have sex with the boys, which in many cases is actually gang rape.

CNN has created a short (three minutes) documentary on the phenomenon which can be seen here: “Ignored by society, Afghan dancing boys suffer centuries-old tradition”. Transcript from the documentary:

A young boy dances, dressed in women’s clothing. His face lathered in makeup. He is known as a ‘bacha bereesh’, or boy without a beard. Performing for a crowd of Afghan men, a costume known as ‘bacha bazi’, or ‘boy play’. He has bells on his feet, but they might as well be chains because bacha bazi is more than dancing. The boys are lured or snatched from their families and forced to become sex slaves by powerful men.

CNN obtained this video from a pimp who introduced us to two dancers who are now adults. Faraz and Jamil didn’t want their faces shown. They say they are continuously threatened, beaten and raped by men who attend the parties. Both say they were forced into boy play as teenagers. They continue to dance because they say it’s the only thing they know and their only way to make money. For each performance they get about thirty dollars, but the dancing often leads to assault.

Faraz was thirteen when his older neighbor raped him and locked him up as a sex slave for five months. ‘I got used to him’, he says. ‘He would sometimes take me to parties and sometimes other places. I was with him all the time.’ Jamil was a bacha bereesh of a powerful warlord who has since left the country. He says he is now married, but he continues to dance to provide for his younger brothers and sisters. ‘I make them study, I dress them and feed them’, he says, ‘any money I make I spend on my family. I do not want them to be like this — be like me.’

Danish soldiers in Afghanistan have also become familiar with the phenomenon: “And on Thursday some of the Afghan soldiers have sex with the teenage boys and young men who travel with them.”

The disruption of natural sexuality will sometimes lead to sexual gratification in other abnormal ways besides homosexuality. According to Google, four out of the top five countries searching for “donkey sex”, “Cow sex”, “child sex” and “rape sex” are Muslim countries. The fifth country is in most cases India, which has a large Muslim minority, and where a very puritanical version of Hinduism is widespread. Fox News is not as politically correct as CNN and especially the BBC, and has written about the phenomenon: “No. 1 Nation in Sexy Web Searches? Call it Pornistan”. You may perform these statistical searches yourself on Google Trends.

U.S. soldiers spend much time looking for terrorists in Islamic countries like Pakistan, Iraq and Afghanistan, but they frequently end up with locals in their binoculars who are practicing an alternative version of the slogan “Make love, not war” — especially with donkeys.

Readers without delicate nerves and with a good sense of humor can have a look here “Iraqi Donkey Fun”, “Religion of Peace: ‘Make love, not war — to your donkey’”, and “U.S. Predator Drone Captures Pakistani Man Having Donkey Sex!”.

Some advice from psychology to all of us men is to love women, respect them, appreciate their qualities and protect them. This is the path to true love and to being a psychologically healthy man.

As the musician Sting sings so nice and funky — surrounded by beautiful and happy women: “If you love somebody, set them free!”.