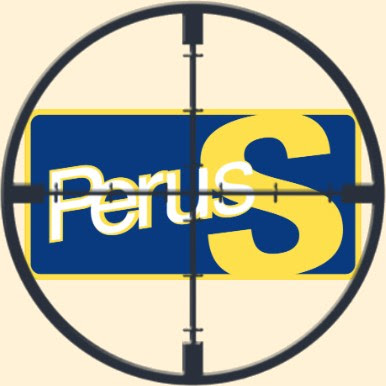 Last Sunday the political map of Europe shifted significantly when the Perussuomalaiset, or the True Finns — the equivalent in Finland of the PVV in the Netherlands, Sverigedemokraterna in Sweden, Vlaams Belang in Flanders, and the FPÖ in Austria — gained 19% of the vote in national elections. All the other major parties lost seats, and the True Finns will join the next center-right coalition government.

Not only are the True Finns “xenophobes”, they are also Euro-skeptics, which means they are a double threat to the European establishment. Needless to say, knickers are twisting all over Europe in the wake of Sunday’s vote.

The BBC took it upon itself to do a bit of damage control. A piece entitled “True Finns’ Nationalism Colours Finland Election” retails the accepted “narrative” about the True Finns, and puts them where the establishment thinks they belong: in the same pigeonhole as “Nazis” and “fascists”.

Are we surprised? Here’s what the Beeb says:

The True Finns saw political potential among the neglected people in society. Their political message is two-fold: social-democratic welfare combined with nationalism and xenophobia.

Remember what the Beeb means by “xenophobia”: resistance to Multiculturalism, and the refusal to tolerate any more mass immigration from Third World countries.

In other words, by stigmatizing a perfectly normal, rational, and healthy human impulse — the desire to maintain and protect a relative cultural and ethnic homogeneity — the term “xenophobia” serves to disable the natural defenses of a people in the face of the depredations of forcibly imported aliens.

The impulse to preserve the nation — that’s what the Powers That Be really object to about the True Finns and their sister parties in other European countries.

They have targeted dissatisfied Finns who have suffered from the previous governments’ economic policies.

Notice that this statement is essentially the same as the arguments made by Barack Hussein Obama: people become “racist”, “bigoted”, and “xenophobic” because of economic pressures.

This assertion — which is never backed up by any hard evidence, because such evidence does not exist — denigrates the real sentiments involved, which are healthy and absolutely necessary for the survival of a people. Love of one’s country, pride in one’s language and customs, devotion to one’s extended family and local community: these are the traits which allow a people to survive and prosper.

And these are also the traits that are denigrated and derided by the dominant political culture, which insists that they be suppressed and eradicated.

Finnish politics has been stable for years because ruling coalitions have integrated and then diluted the radical parties of left and right.

In other words, “stability” — that which is to be desired above all else — depends on middle-of-the-road policies and compromises. The only problem with all of this is that the BBC is not really serious about diluting the power of the “radical parties of the left”. Only the most revolutionary Communists and Anarchists — and maybe not even those — would be considered beyond the pale.

The elite opinion-makers are really only concerned with suppressing the “right”, by which they mean any party that opposes Multiculturalism, mass immigration, and the erasure of national borders. Those are the Enemy, regardless of how progressive they are in their economic policies.

Parties tend to follow popular trends among the electorate, even if they have an authoritarian streak. That is a general weakness of democracy.

But forcing halal meat into the schools, prosecuting people for speaking out against Multiculturalism, and suppressing any discussion of these issues in a public forum — all of those are part of “tolerance”.

Read the first part of the following paragraph, and then notice the seamless progression leading to the final sentence:

[The True Finns] believe that a low birth rate is not solved by immigration, as that results in problems and foreigners do not fit into Finnish culture. Instead, young women should study less and spend more time giving birth to pure Finnish children. That is like a faint echo of Nazi ideology.

A low birth rate cannot be solved by immigration — seems obvious to me.

Women should study less and have more babies — hmm… Did the True Finns actually say that?

And the clincher: they’re Nazis! NAZIS!!!

There’s more to the BBC article, including a discussion of the Swedish minority in Finland and the economic crisis that is afflicting the entire EU.

If you want an alternative viewpoint from a patriotic Finn, consider this guest-essay by Vasarahammer at Tundra Tabloids. As KGS notes, the Finnish establishment and the BBC are singing from the same hymnal concerning the True Finns:

As the true winners in the recent parliamentary elections where they won 19.0% of the vote, the True Finns party looks to upset the EU’s apple cart where the continued bailout of economically challenged member states is concerned, and domestically, the continued elevated status of Swedish speakers in Finland and the enforced teaching of Swedish in school in an official bilingual state.

Enter professor Jan Sundberg, hand picked by the Finnish Foreign Minister, (and Swedish speaker) Alexander Stubb, to provide election analysis to the international media after the election results. He can be seen here, at the 26:30 mark actually daring to mention the Nazis in response to a statement about the True Finns not being a “right-wing” party by one of his colleagues on the panel answering the media.

Jan Sundberg not only disagreed with her, but then went on to state the following:

That’s very typical for right wing populists, they’re both (social welfare advocates and nationalists), that’s what you can see when you look around in Europe. Where do they get their votes? Yes, they got them from people who are quite badly off and that’s a very important thing, but then they have together a strong nationalism, that’s the combination, that’s very typical for these parties. I mean I could go back to say the Nazis in Germany, that’s exactly what they did. Oh they’re not Nazis in fact, I was just saying, we have lots of evidence, I’m saying that.

“Well, they’re not really Nazis, I didn’t really mean that. I was just saying…” Right. Uh-huh.

Those are the only terms in which the discussion may be framed.

And now some excerpts from Vasarahammer’s essay:

True Finns smeared by handpicked professor from the Swedish minority

Finnish parliamentary elections are normally a minor affair in the international media. You may catch a couple of lines here and there but with no major headlines. However, this time was an exception since the True Finns party led by Timo Soini scored a big victory with 19 per cent of the vote and 39 seats in the parliament containing 200 seats in total. The 15 percentage point gain in the election was the biggest ever in Finnish electoral history.

Since few people outside Finland know what the party is like, it is relatively easy to spread misinformation and outright lies about the party. If you want to read a good an honest analysis about the reasons behind the rise of True Finns, please read blogger Ironmistress’s piece here. In that she tells why True Finns is not a good translation of the party name Perussuomalaiset, who represent regular average Finns who work to earn their money, pay taxes and normally do not upset anyone. She also tells why Finnish “Matti and Maija” i.e. Average Joe and Jane got fed up with the system and protested by turning to the True Finns party. The main issue that tested the patience of an average Finn was the following according to Ironmistress:

“…the planned bailout plan of the PIGS countries, especially that of Portugal, was the straw which broke the camel’s back.”

Just ahead of the election BBC website published an article about the True Finns nationalism and how it colors the Finnish election. The article relied heavily on a single expert, Jan Sundberg, the professor of political science in the University of Helsinki. The BBC article borrowed from Sundberg especially when it describes the “nationalist” message of the party: [excerpt from the BBC piece above]

Even though BBC can be accused of leftist bias, this time it was Sundberg talking not the Al-Beeb. In early April Sundberg wrote an op-ed in Hufvudstadsbladet, the largest Swedish-language daily in Finland, in which he rather hysterically stated the following:

“The True Finns election manifesto is revealing. When it comes to family policy the party thinks that too few children are born in Finland. The problem isn’t solved by immigration because that leads to problems and the immigrants don’t belong here. The young students should concentrate more on having babies instead of studying and enriching the nation with real Finns.”

“Parallels to Nazist newspaper Völkische Beobachter are clear, since in that the German Frau was encouraged to give birth to more German Aryans. It is strange that the feminist movements have not reacted to this.”

The BBC article does not refer to the True Finns election manifesto, since it is available only in Finnish here.

“According to True Finns the future of the society lies in its children and the young. At the moment the birth rate in our country is 1.8 children per woman. At the same time a large number of people in the child-bearing age studies with the support of a small student grant and lives, by Finnish standards, below the poverty line while working to earn the student grant. It is strange that the only remedy to that seems to be immigration. The society should provide conditions, in which more young Finns than today would have a real chance to start a family and have children. Children are always welcome, since they are a natural part of life and a precondition to the future of the nation.

“Since the time studying takes on the average has increased mainly because Finns are educated too much and studying is undersupported at the individual level, True Finns see that the support for student families has to be increased. Otherwise couples in the best childbearing age are too badly equipped to have children. If all couples postpone having children until they are thirty years of age, the average number of children will remain below two and the age structure of the population will be distorted.”

This part addresses a very real problem in Western societies. University educated people postpone having children until they are close to 30, which leads to low birth rates. While you may not agree with the True Finns proposal, you need to stretch your imagination to make the two paragraphs above look like a Nazi thing. This, of course, is no problem for the likes of Jan Sundberg.

The BBC article was not by far the only one smearing the True Finns party. Especially, the Swedish mainstream media has been busy portraying the party as the evil incarnate. The Swedish media are in a special position, since they can follow the Finnish election through the Swedish language media in Finland. And the Finnish Swede journalists have been busy providing the ammunition for the smear campaign. The socialist Aftonbladet has been especially busy publishing what the Finnish Swede journalists have to offer…

Below is a video clip of what Jan Sundberg said, as described above. Many thanks to Vlad Tepes for YouTubing this video:

8 thoughts on “True Finns in the Crosshairs”